Why did the industry choose these seemingly unintuitive values of 110V and 220V for the mains AC? Is there a physical reason why they aren't simply 100V and 200V?

And then, they wanted to increase transmission capacity without really adding copper to the system, so they made a series of sub-5% "bumps". (this also made overload-induced voltage drop seem less severe.) The gentle bumps were mild enough that people's light bulbs (the primary load of the day) didn't burn out that much faster, and of course light bulb makers tuned their products quickly with each bump.

By the time Edison was trying to popularize DC, the bumps were up to 110V -- DC, mind you.

When Edison threw in the towel on DC, they chose an AC voltage which would still work with the same DC light bulbs, which worked out to be the same as RMS, so 110 V AC. And this was aggressively marketed to the general public, which is why "110V" stuck in the same way "Xerox copy" stuck.

500V streetcar and subway voltage similarly got several bumps to 600V by that time.

All of them have since had several more bumps. Streetcar and subway voltage has bumped to 750VDC without deleterious effect on motor commutators. BART made a leap to 1000VDC but that was too much for the commutators and they had to begrudgingly back off to 900V.

Europe did the same thing, UK bumped a little more than the mainland and is now un-bumping to harmonise.

Since I'm loosing confidence in the idea of using the single relay to control both circuits, I now think the right answer is to simply buy ANOTHER RELAY. I can get a less expensive 110v capable relay for the drain-valve circuit and wire them both to the same 24V signal from my digital IO controller.

This keeps all of the line voltage stuff "clean" and normal.

I'm not sure why I didn't think of this before.

[EDIT: 12pm 3/27] I'm 90% finished with constructing this thing. One more trip to the hardware store and the use of a my toner to find the 24v wire in the attic and it should be up and running. Here's a pic of the two pump-start relays mounted and mostly wired: 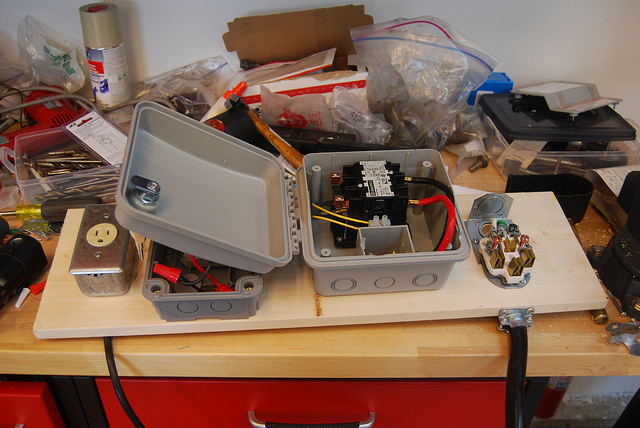 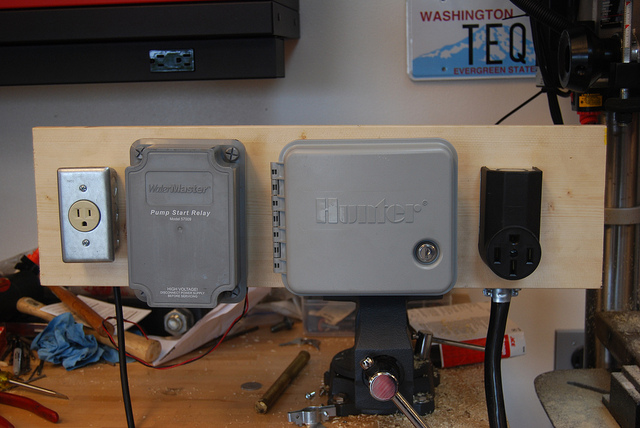 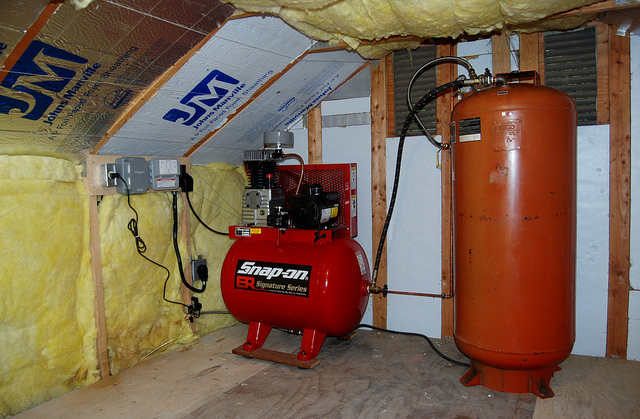 When electricity was first introduced each producer provided a different voltage and frequency (or even DC instead of AC). Gradually producers merged, governments set standards, and market pressure demanded that appliances could be used everywhere. This lead to the current situation, where the pressure for a world standard is counterbalanced by the invested interests.

I don't think 50 or 60 Hz makes any significant difference. (An iron core for a transformer might be a little smaller at 60 Hz. But iron cores are soooo last century...)