This question relates to my previous question.

I am interested in deriving an analytical relationship for the oscillation frequency of this oscillator. 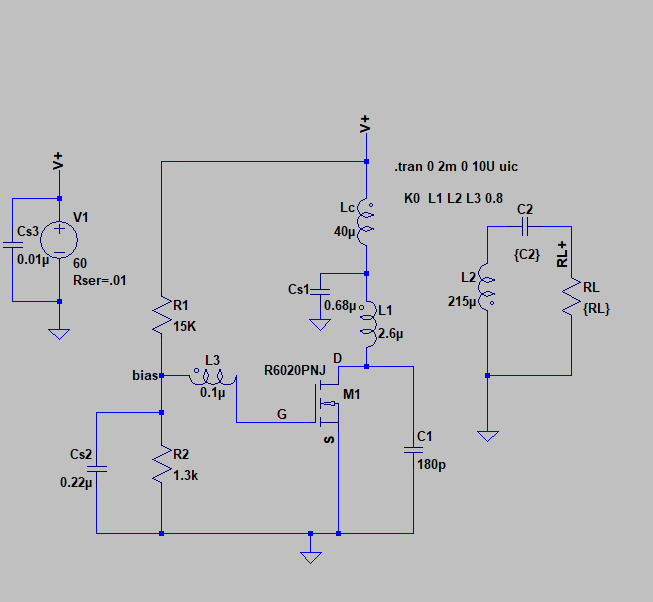 As the first step, I have initiated the frequency domain simulations and results are as follows. In order to see the effect of the oscillation frequency, I sweep the value of C2 from 0.5pF to 6pF (oscillation sustains within this range).

The AC model is: (Mosfet capacitances are extracted from the datasheet) 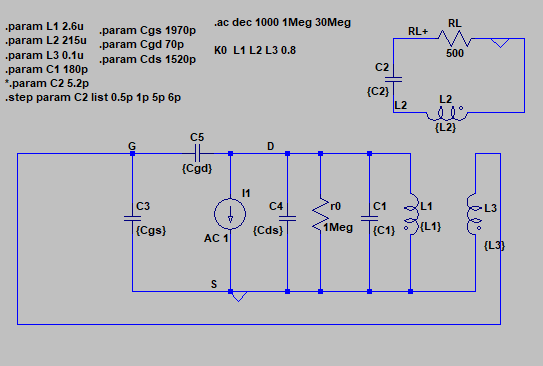 The phase and magnitudes of voltages at secondary inductor and Gate voltage are as follows. I have marked resonances close to the oscillation frequency.
simulations is done for different secondary capacitor values 0.5pF,and 5PF.
In both the cases three resonances can be seen (say f1, f2, and f3)

When C2=5pF (oscillation frequency in time domain simulation is 8.3MHz) 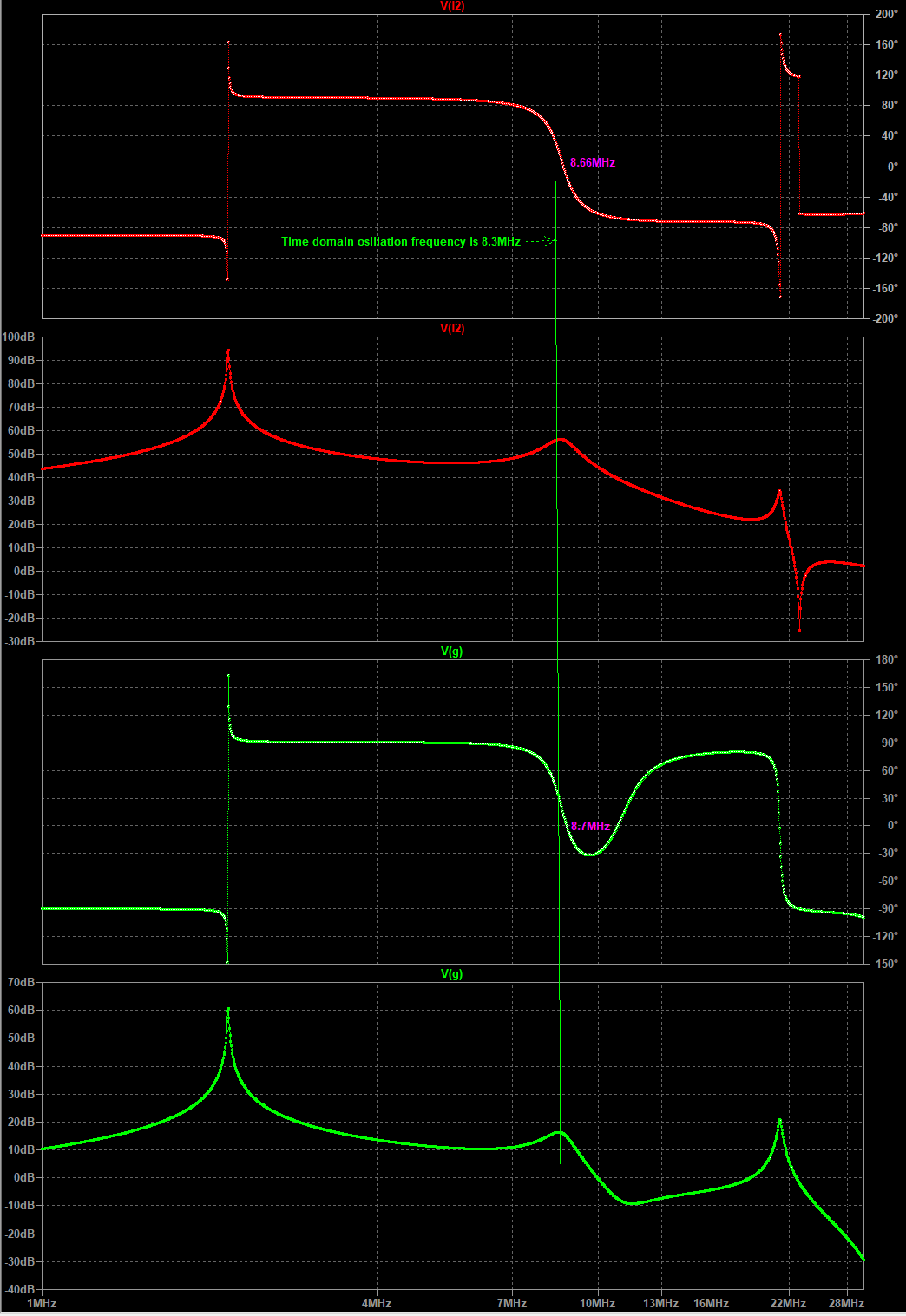 When C2=0.5pF (oscillation frequency in time domain simulation is 25.1MHz) 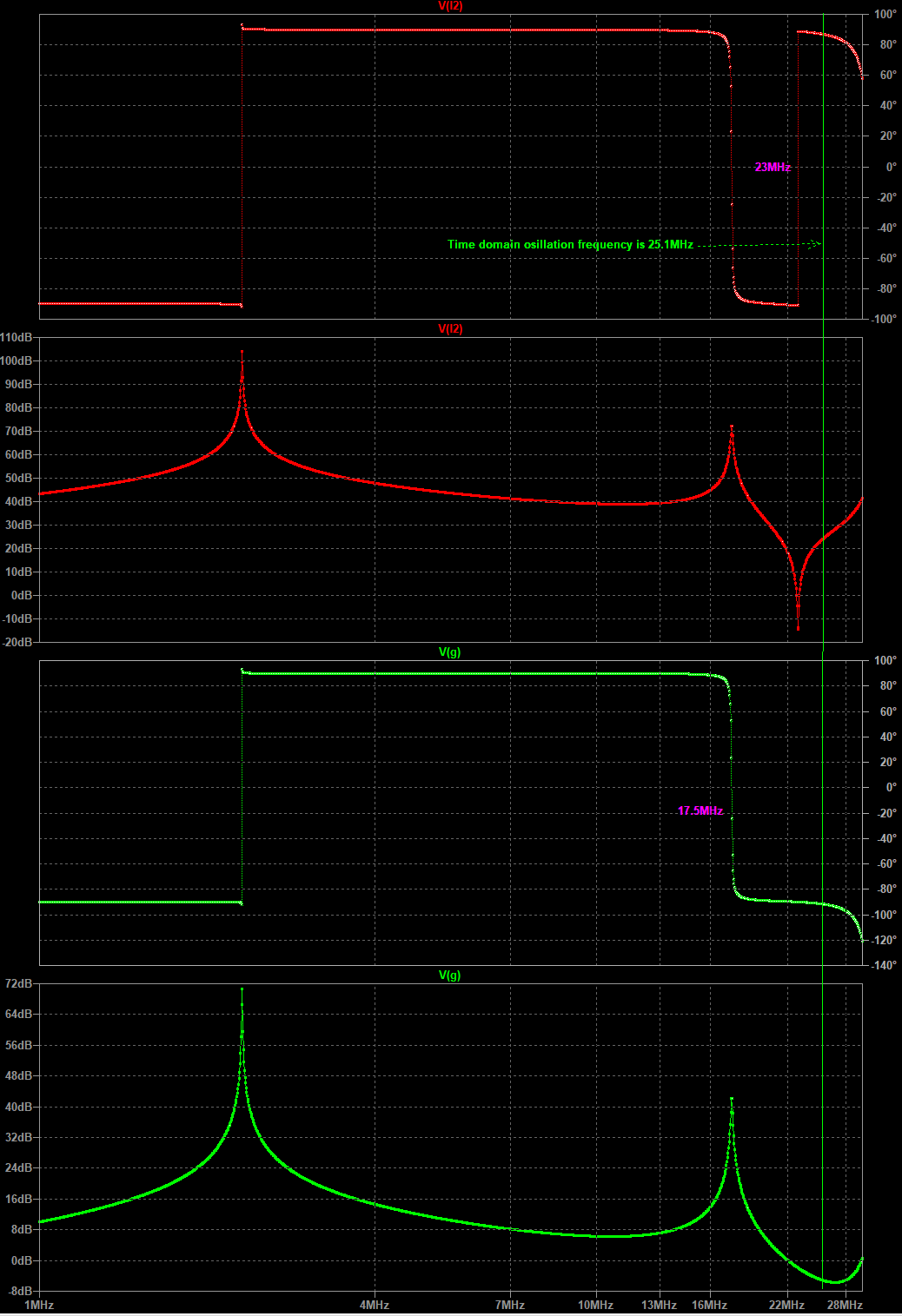 From these results, it can be seen that the resonances in AC simulation and the oscillation frequencies are significantly different, particularly for high frequencies.

I found a similar analysis for a slightly different oscillator in "class-e mosfet tuned power oscillator design procedure". In the analysis, they have measured mosfet capasitances at the frequency of interest and phase shift introduced by the mosfet was known (phase shit was 196 degrees in their study). If I can approximate these parameters ((i.e., Cgs, Cgd, Cds, and phase shift introduced by the MOSFET) at each oscillation frequency, I should be able derive an analytical (rather a semi-analytical) form of solution.

Is there a simulation based method that I can approximate MOSFET capacitances and phase shift introduced by the amplifier stage?

First, I tried to simplify the coupled network for the fundamental frequency component as follows. 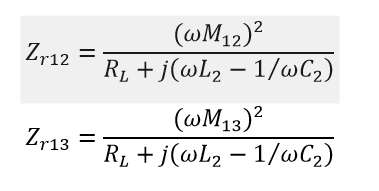 I'm not on my computer, but here's a quick setup of what LvW suggests: 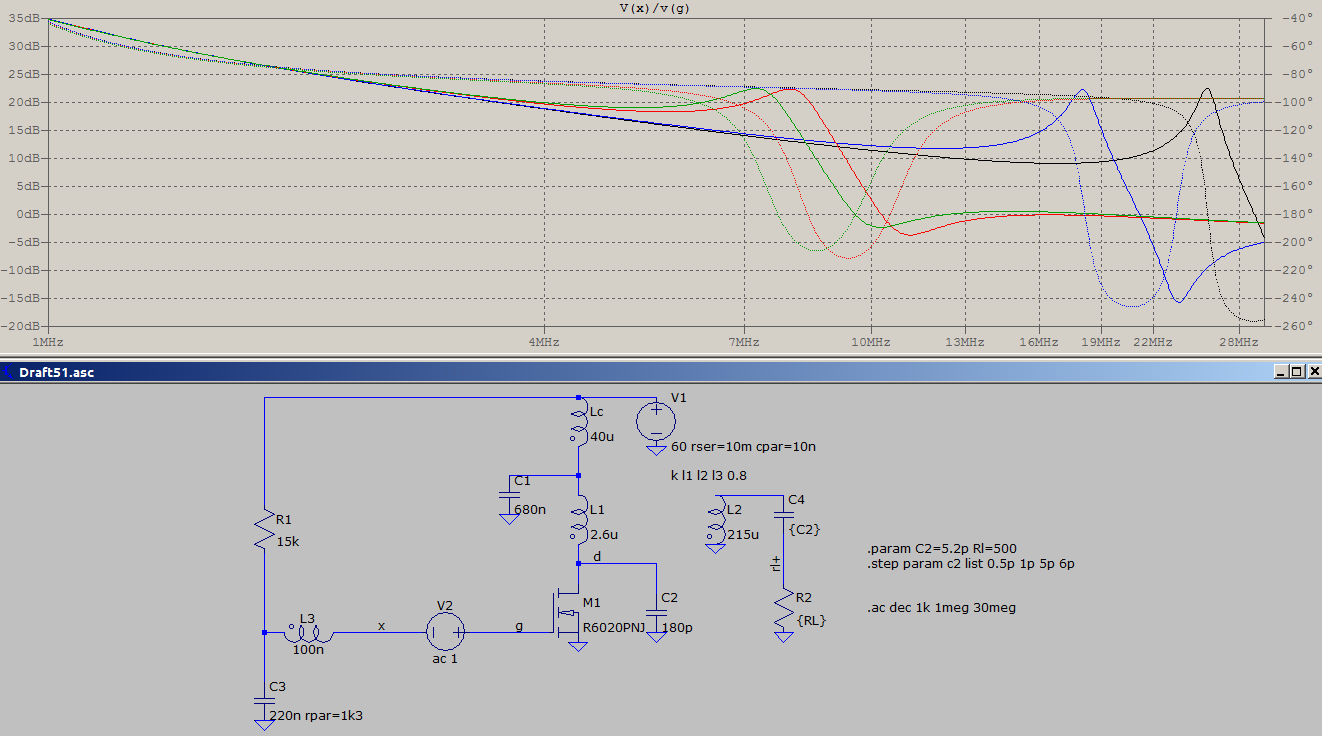 You can see more of this topology in LTspice's Examples directory (in My Documents/LTspiceXVII/examples/Educational, see LoopGain.asc and LoopGain2.asc, and the links in their descriptions).

Works for me, if you make a few tweaks to the circuit: 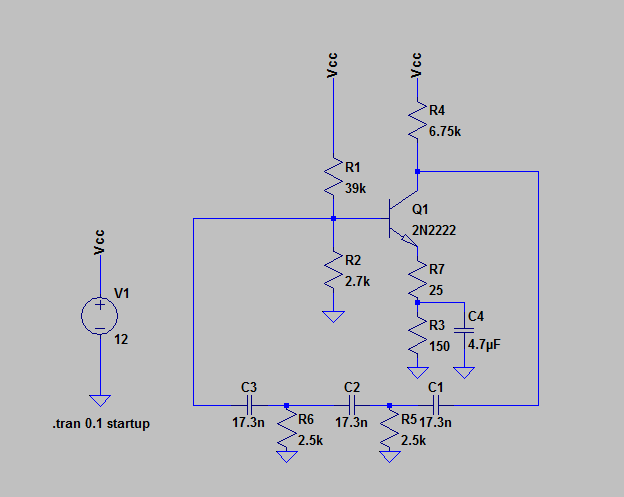 Sometimes when simulating an oscillator circuit it's also necessary to start the supply voltage at 0 volts, to "kick start" the oscillation, as I've done here.

It shouldnt oscillate if there was only a resistance from source to V- and the voltage between V+ and V- was constant DC.

The situation in practice is another. The instruments and the wires to V+ and V- are remarkable inductive and capacitive reactances. In addition I like to see the wire between G and D (where it is when compared to other wires - a possible feedback transformer). If it oscillates, somewhere is enough phase lag (=slowness) that prevents finding the balance. Fet itself has a remarkable capacitanse from G to D and S and the wires increase the effect.

The situation resembles the shower incident. A man in the shower never gets the water to the perfect temperature when he turns it hot, if it's too cold and turns it cold when it's too hot. The slowness is the flow delay.

Please, show us a photo of your circuit. The wire lengths and routes are interesting. The whole case is interesting and is perfect teaching material.

Try, if the oscillation stops when you connect a 10...100 nF capacitor with short wires between V+ and V- as near the fet as possible. Does the frequency vary if you bend and move the wires?