As it currently stands, this question is not a good fit for our Q&A format. We expect answers to be supported by facts, references, or expertise, but this question will likely solicit debate, arguments, polling, or extended discussion. If you feel that this question can be improved and possibly reopened, visit the help center for guidance.
Closed 8 years ago.

I am looking for the best value stereo camera for use in an agricultural vision control application. Since all the vendors do their damnest to hide the cost of their equipment, it's proving to be extraordinarily hard to get even a slight idea of what kind of money it'd cost (just as an example, the best guess based on googling for the Bumblebee X3 from Point Grey is "between $1000 to over $3500", ie. I have no clue). Thus I'd appreciate info from people with actual experience on what such equipment might cost, as well as recommendations on what the most cost-effective solution might be.

Can be dirt-cheap, but these are not exactly designed to be controlled by external hardware. I don't know whether it's worth the hackiness inherent in cobbling together a solution like that, and indeed whether there are ways to make it less hacky. Feedback and suggestions appreciated.

Two individual industrial cameras together, do the 3D myself

Might be cheaper than a ready-made 3D solution while being less flimsy than Surveyor SVS if properly robust cameras are used. The downsides obviously include doing the 3D myself. It's not something I have experience with, so I don't know how hard it is to do such a thing reliably using, say, OpenCV. I also don't know how much of my own thing I'd need to provide for a ready-made stereo system, so the gap might not be that big. Feedback and suggestions appreciated.

It's low res (640×480), but well-supported and incredibly cheap. I have no idea about the fidelity in practice however, and whether it can be used for mapping multiple fine objects such as individual plants.

Edit: Turns out the PrimeSense tech used in Kinect is entirely useless outdoors. So that rules it out as a solution. 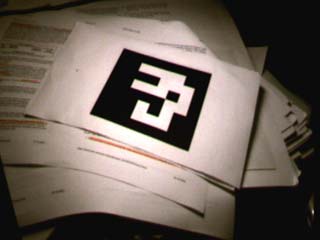 A coded aperture for computational photography?

A 2D barcode or bokode?

I think your both options/ideas (Pi and Compute) can work.

Raspberry Pi GPIO is fast enough (10MHz+), reading GPIO input state every millisecond will be no problem at all.

If you want to process data on Raspberry Pi with OpenCV or something like that - don't expect too much, Pi CPU is not that fast as some people think. Do some experiments with pre-recorded video or images and see how much computing power you have.

If you find that Raspberry is not fast enough - you can use something like this (for image processing):

I don't know much about this, just read somewhere about these Nvidia products, but it cost less than Pi Compute module (192USD is 115GBP?), and there is a lot more computing power.