I'd like to know if anyone can spot any serious electrical issues in what I'm trying to do from an electrical viewpoint.

I'm good with writing software, but a novice regarding the electrical side of things. 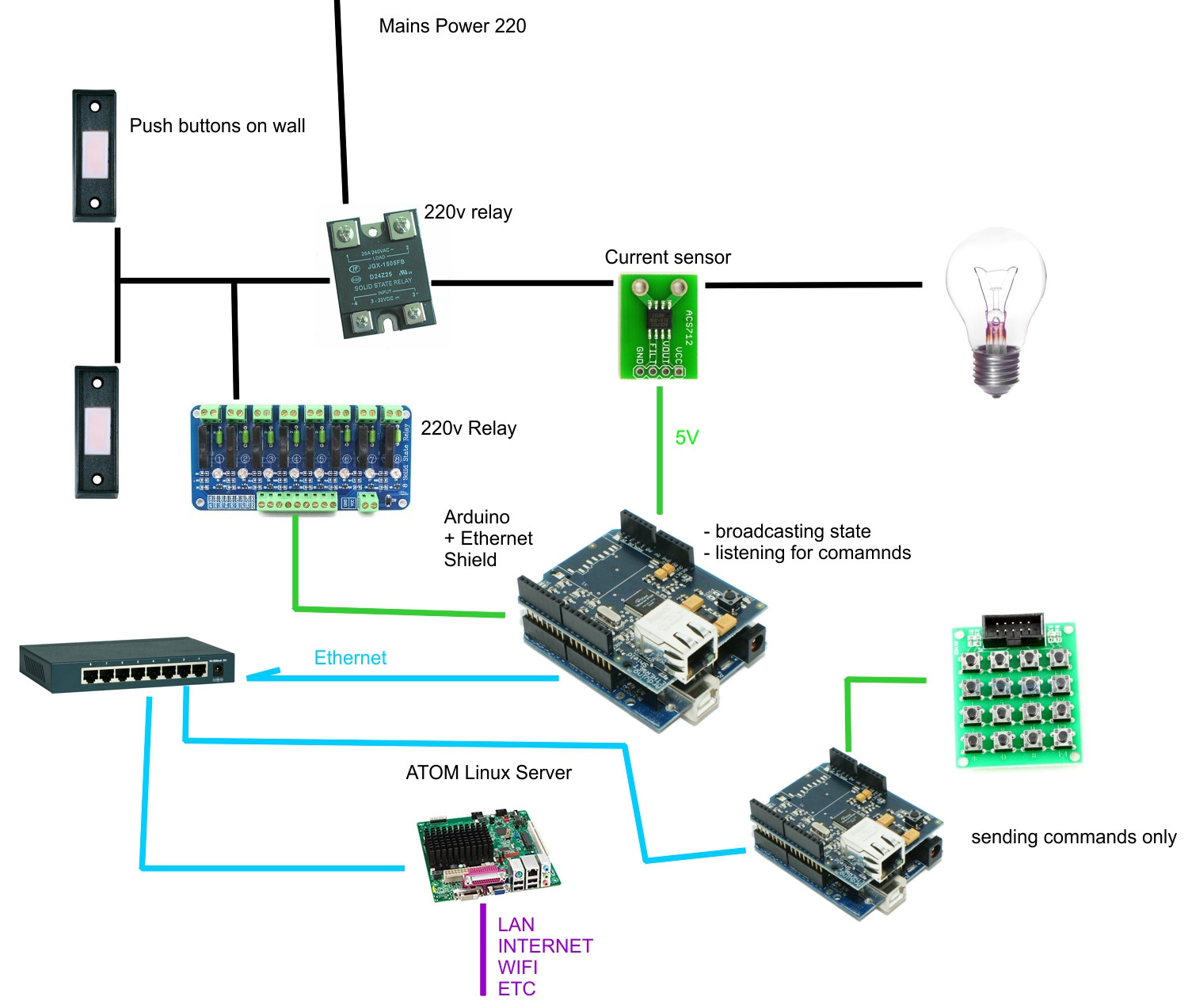 The 220V relay that are set up right now were put into place to allow lights to be opened or closed from multiple places from a room. Think of the relay as a 3-sided control circuit

The 220V is an on/off relay. Each time any button is pushed, it toggles its state, as long as you press a button more than 0.1 seconds (so it said in the relay manual).

My electrician installed the 220V relay, it is not 'normally open' or 'normally closed'. If power goes down and then comes back the lights return to their previous states.

The Arduino-relay has a 5V side for the Arduino, a 220V side for the mains and each relay is rated to 20A at 220V. From my calculations a 100W light bulb is around 0.5A, and I am using 30W lights so I have plenty of margin for error.

To trigger the 220V mains relay all I have to do is use a normally-open Arduino-relay and trigger the closed state for more than 0.1 seconds. I just need to send a 220V "pulse" to the 220V relay.

This is the main reason that the lights will still work as long as power is kept. All the Arduino can fail and the normal lights will work as usual, I will only lose the remote-control possibility and advanced scheduling/scripting.

More information posted on the home improvement board but what I did not post here is not as important from an electrical point of view. 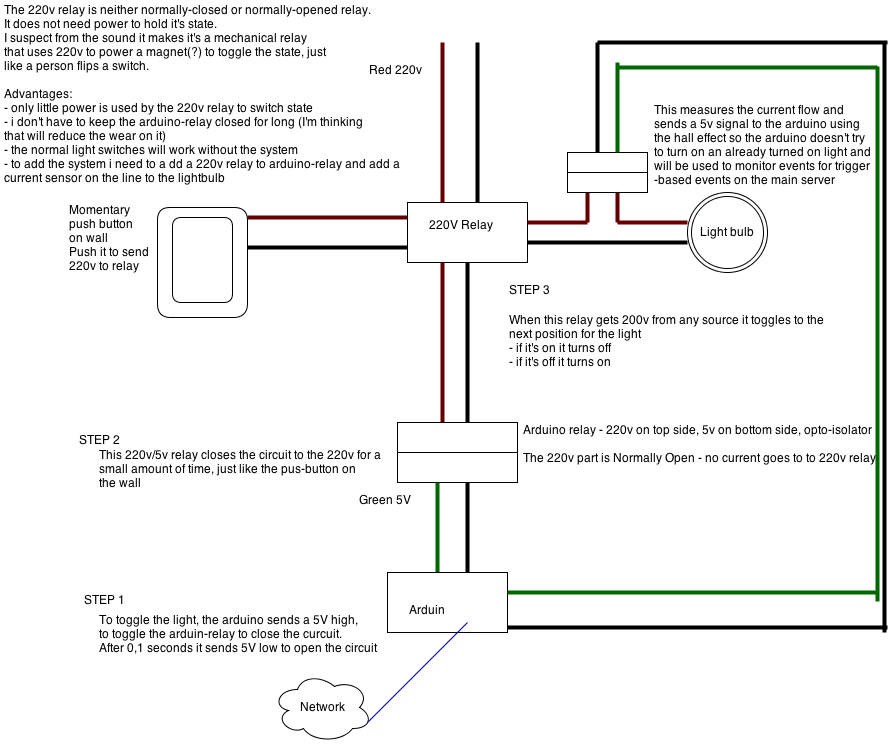 Forgot to put in the picture:

Obvious problems: Well yes. As drawn right now, there is some confusion but:

1: Either you don't get 220V to your secondary relay (The one connected to the Arduino) because the line leaving your primary relay going left is a trigger signal line, rather than a power line OR

2: You DO get 220V to your secondary relay and you cannot trigger your first relay because the line leaving your primary relay going left is a power line, rather than a trigger signal line.

My first recommendation would be to redraw your diagram with clear labels on all wires.

Once the SSR has been in the magneto circuit does it still work with the light bulb? Or have you fried the SSR? (you could just measure on resistance at low voltage.)

As Enemy of SM hinted. I suspect the high voltage from the magneto has killed your SSR. There are likely to be kilo-volts on the line.