The battery in my electric razor has failed to charge for several years. It does not turn on unless I leave it plugged in for 20 minutes and it turns off immediately if I unplug it. To save some money, save the world, and have some fun… I decided to take it apart instead of throwing it away.

Inside I found a black NiMH battery without much of a description. Is it safe to replace this with any old NiMH battery with any mAh capacity? The electric razor seems to work fine with the new battery… but charging it might be an issue if it is made specifically for the built in battery. The charger says the output is 15v DC at 420mA. Is there anything I should consider in replacing this battery? 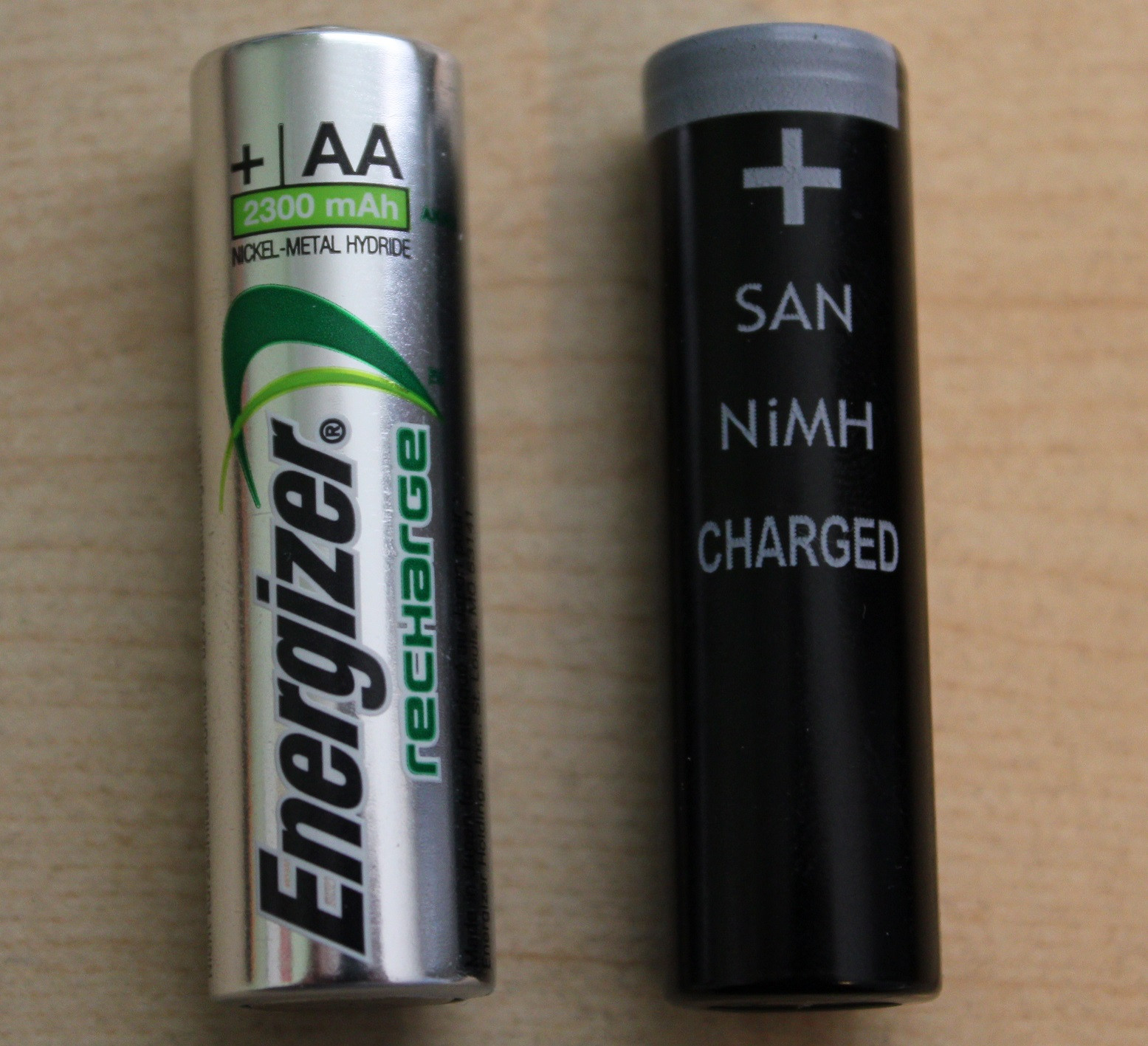 I measured voltage of the batteries as they were attached and detached from the charger.

The good battery is charged to 1.41 volts and goes to 1.42 volts when attached.

The bad battery is charged at 1.39 volts and goes to 1.4 volts when attached.

I did something dangerous and discharged the bad battery with a paper clip. It's now at 1.21 volts and the voltage went to 1.33 while attached to the charger.

In any case, the voltage is in the right range for the new battery. I'm still not sure if its doing smart charging since it seems logical that the voltage difference will become less as it gets closer to the chargers voltage.

When I disconnect the battery and just measure the voltage across the battery connectors inside the razor, it measures .05 volts (while making a high pitched ringing noise). I'm guessing its doing some sort of smart charging if I haven't broken it yet.

I very seldom disagree with Olin technically. In this case there may be special circumstances which make part of his advice correct in general but specifically wrong in this case.

As he notes, first it is necessary to establish the voltage across the battery to ensure it is in fact a single cell and not a number in series. As you say that the razor operates OK on the new battery then it is extremely likely that the old one is also a single cell.

For capacities up to 1500 mAh, maybe 1800 mAh NimH calls had special arrangements (chemicals and structures) which allowed recomination of Hydrogen when "gassing" occurred when a cell was left on charge when fully charged. This allowed manufcxaturers to specify a trickle-charge rate of say C/10 (230 mA for a 2300 mAh cell). At or below this rate the cell could be left on charge indefinitely with little or no damage. HOWEVER as the typical battery capacity arms-race occurred and capacities were pushed up to 2100 2300 many_lies 2500 2600 all_lies ... mAh the manufacturers looked for more space to fit active material into. Something had to go, and it was the gas recombination mechanism. Modern NimH cells above about 2000 mAh from reputable manufacturers have data sheet advice of the form:
- Do not trickle charge at all! or

Can be trickle charged at <= C/100 on a good day downhill with the wind behind you.

Any battery manufacturer whose data sheet says ... 2500 mAh ... trickle charge at <= C/10 can be safely shunned as a source of supply for all future time.

SO when Olin says " ... In that case, the highest capacity battery is best since it will be abused less at the same current." - this is good advice in the general case BUT not so when using NimH where the charger is badly behaved. In such cases use of an older style 1500 mAh cell would probably [tm] give a much longer life.

However - IF the charger really is a true 1.5V charger and if this is tightly controlled (rather than edging upwards as load current drops, then it MAY be OK.
At say C/10 the terminal voltage of a NimH cell at room temperature at the end of charge will be ~= 1.45 V. 1.4 is safer and 1.5 is a bit high. Actual value varies slightly with manufacturer. Temperature much above 25C vary this voltage BUT also are best avoided. Higher charge rate lead to higher voltage st end of charge.
SO - measure charger output. If it is 1.5V and no more your battery may last OK. If it rises to > 1.5V at light loads you MAY be able to load it down with a suitable resistor. But using a 1500 mAh cell is probably wise.

The 1.46 Volts after 4 hours sounds very good. That's 420 x 4 = 1680 mAh BUT the 1.46 volts sounds like a fully charged cell so presumably the cell was partially or filly charged originally.

Try an overnight charge - if it's still at 1.46V they seem likely to have done a reasonable job of charge control.

If you are able to measure the battery current on charge at the end of an overnight charge you will be able to tell if it is trickle charging. This can be accomplished by eg a battery interceptor / continuity break insulator against the +ve battery terminal and add a conductor on either side and take wires out to an ammeter. OR locate the battery externally and bring out two wires to it via an ammeter.

Here's an example of a battery interceptor, From here 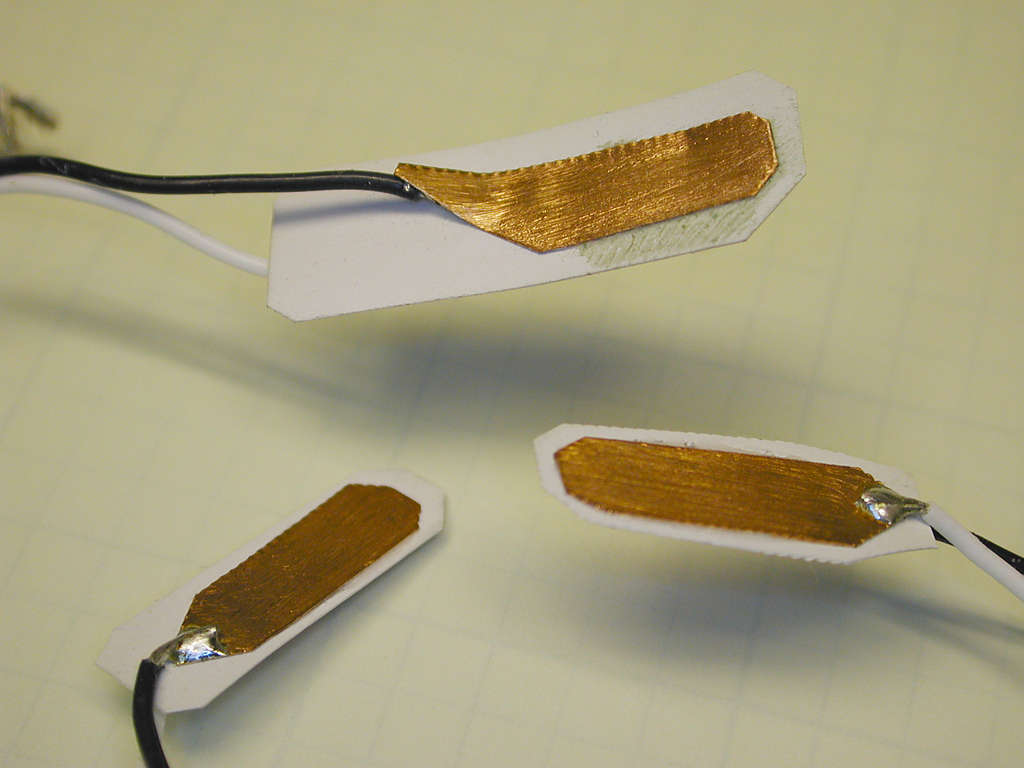 First of all, you have the three 5.5 V solar cells in parallel. They need to be in series to generate 16.5 V.

NiMH batteries are usually charged using special IC's made for this purpose since they require special monitoring. However at the low level of current you have available (40 mA) you can get by with a much simpler charger as mentioned here. You need to make sure the current doesn't go above this level (it needs to be below 0.05C, where C = 800 mA). If the current does go above this, up to C/10 (800 mA), then you need to add a timer so the charging cycles is not more than 3 hours.

Electronic – Testing batteries by measuring their short circuit current, why it doesn’t work

It's generally a bad idea, especially if you don't know with 100% certainty a lower bound on the internal resistance of the battery. As a secondary concern it may damage the battery.

That said, I do this myself briefly with alkaline batteries because I know that the cell or battery can produce only a few amperes into the 10A multimeter input. I would not do it with any other kind of battery, including NiMH.

Some battery types can produce much larger currents- enough to damage themselves (heat up, vent electrolyte, explode, even), melt the test leads causing severe burns etc.

The proper way would be to apply a reasonable load (reasonable depends on the battery chemistry, size, design etc) and measure the voltage. NiMH is a bit thorny since it's difficult to determine the charge condition from the terminal voltage. It's better to discharge with a moderate load to a known discharge condition (perhaps 1V per cell or a bit less) then charge from there. Overcharging NiMH batteries causes irreversible cumulative damage.

Once the battery has charged properly you can discharge it into a reasonable load and measure how long it lasts (taking care not to discharge it too much, which can also cause permanent damage).