I have a batch of new PCBs with ENIG (electroless nickel / immersion gold) surface finish. My assembly house has had two unsuccessful attempts at populating the boards. We're trying to troubleshoot the situation.

The assembly house is suggesting that it is Black Pad [1] [2], which is caused during PCB manufacturing but isn't exposed until assembly/soldering. This would, of course, shift the responsibility away from the assembly process.

With ENIG, the nickel is the bonding surface whereas the gold is simply there to protect the nickle. During reflow, the gold dissolves into the solder. You don't know there is "black pad" until the underlaying nickel is exposed.

In my case, we have a 15-up array but we are only populating a few of the individual boards. The remaining boards do not have solder applied to them; all that happens to them is that they go through the oven twice.

We are seeing something that looks like black pad on these post-oven boards: 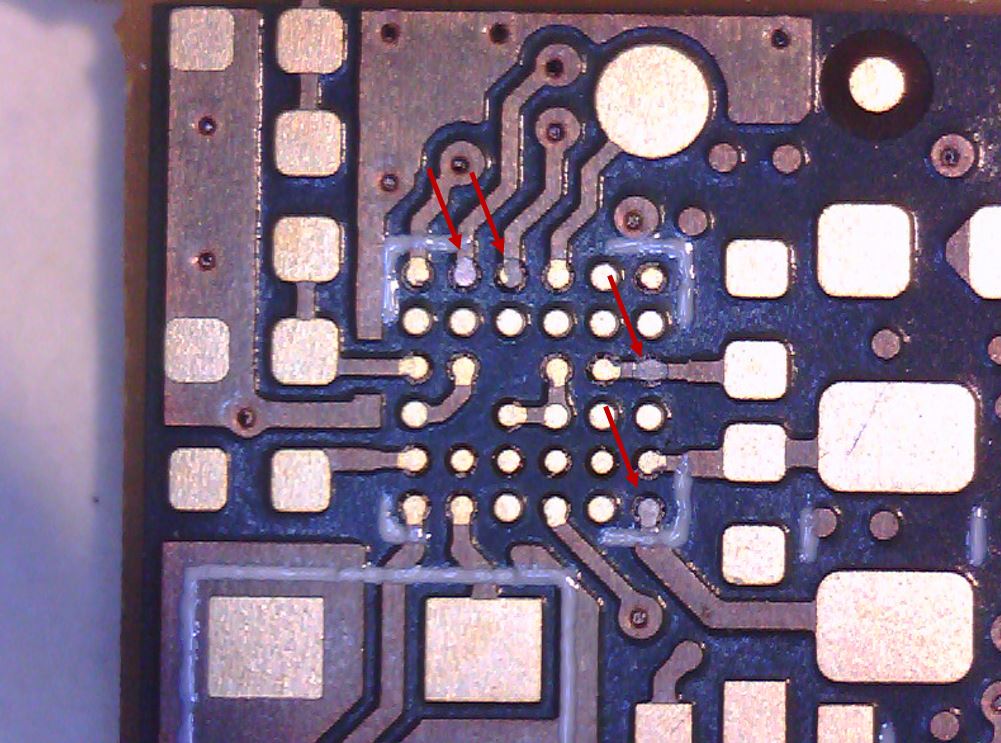 My question: Will the gold get burned away somehow when exposed to reflow conditions, even if there is no solder applied to the pads? Or might this be an entirely different problem?

Additional info: The image makes it appear that if might be soldermask on the pads, but in real life you can see that it isn't. Here's the best image my equipment will give me. You can (kind of) see that the discoloration is different that the intentionally-placed soldermask.

Another edit. I was able to get a better image, shown below. I think I know what's happening, but I don't want to influence any upcoming answers. 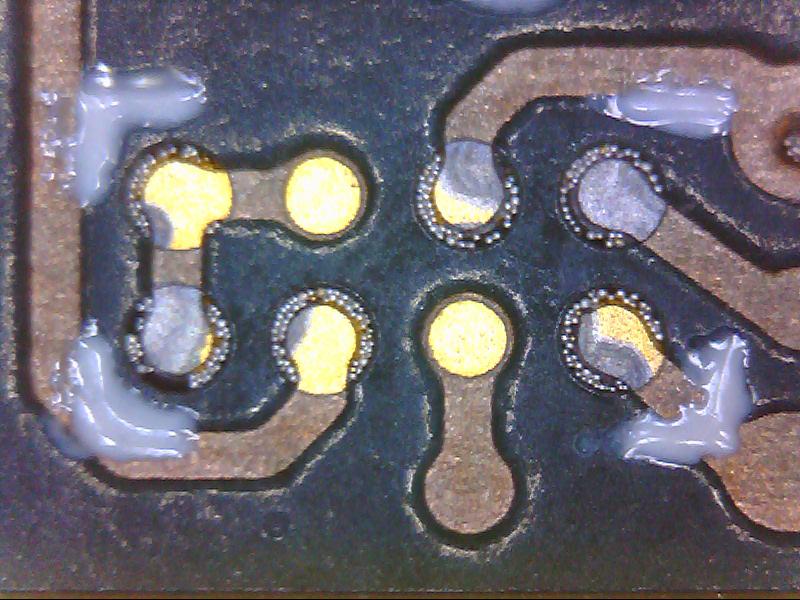 All reports and analysis point to the conditions of the nickel bath as the main cause of black pad, with excessive phosphorus being the primary issue. Affected joints are easily broken, and the corroded, “black” nickel is exposed, providing basis for the term "black pad". Even the tightest controlled production houses, which closely monitor all chemistry levels, temperatures and incoming raw materials, fall victim to this ongoing problem at some time or another

According to documents I have from a PCB vendor, a typical spec for wire-bondable electrolytic soft gold is and 1.97 \$\mu\$in (min) gold over 188 \$\mu\$in (min) nickel. These are called out as IPC minimum values, though I don't have the IPC documents in front of me.

ENEPIG (electroless nickel, electroless palladium, immersion gold) plating can also produce a wire-bondable surface. A typical spec for that is 197 \$\mu\$in nickel, 12 \$\mu\$in palladium and 1.1 \$\mu\$in gold. Again these are all minimum values.

Recently I had success with a design that spec'ed the gold thickness as 25-30 \$\mu\$in, but really you don't want a very thick gold layer because excessive gold does bad things to solder joint reliability.

That's going to be determined by the thickness of the stencil and the opening size, or if no stencil the thickness of the solder paste printed on the board. I believe it's a warning that too much paste will float the part and then you might not get good joints all around, or maybe the part might be uneven etc.

The only way you could affect it is if you are defining the paste layer yourself then you define the opening and put an assembly note in about stencil thickness.

But really I would say you should leave this to your assembly house to adjust correctly for their process when they order the stencils. They have to look at all the parts in the board and find a method that will work for all of them, it's part of the magic of being a good assembly house.