I'm fairly sure I need to replace the capacitors in this LCD panel from 1993, but I'm not 100% sure I'm reading them correctly.

I'm guessing that the large ones are 47uF 16V, the medium ones are 10uF 25V and those really small ones are 10uF 16V. I'm not sure what the letter and number combinations at the top are, though. 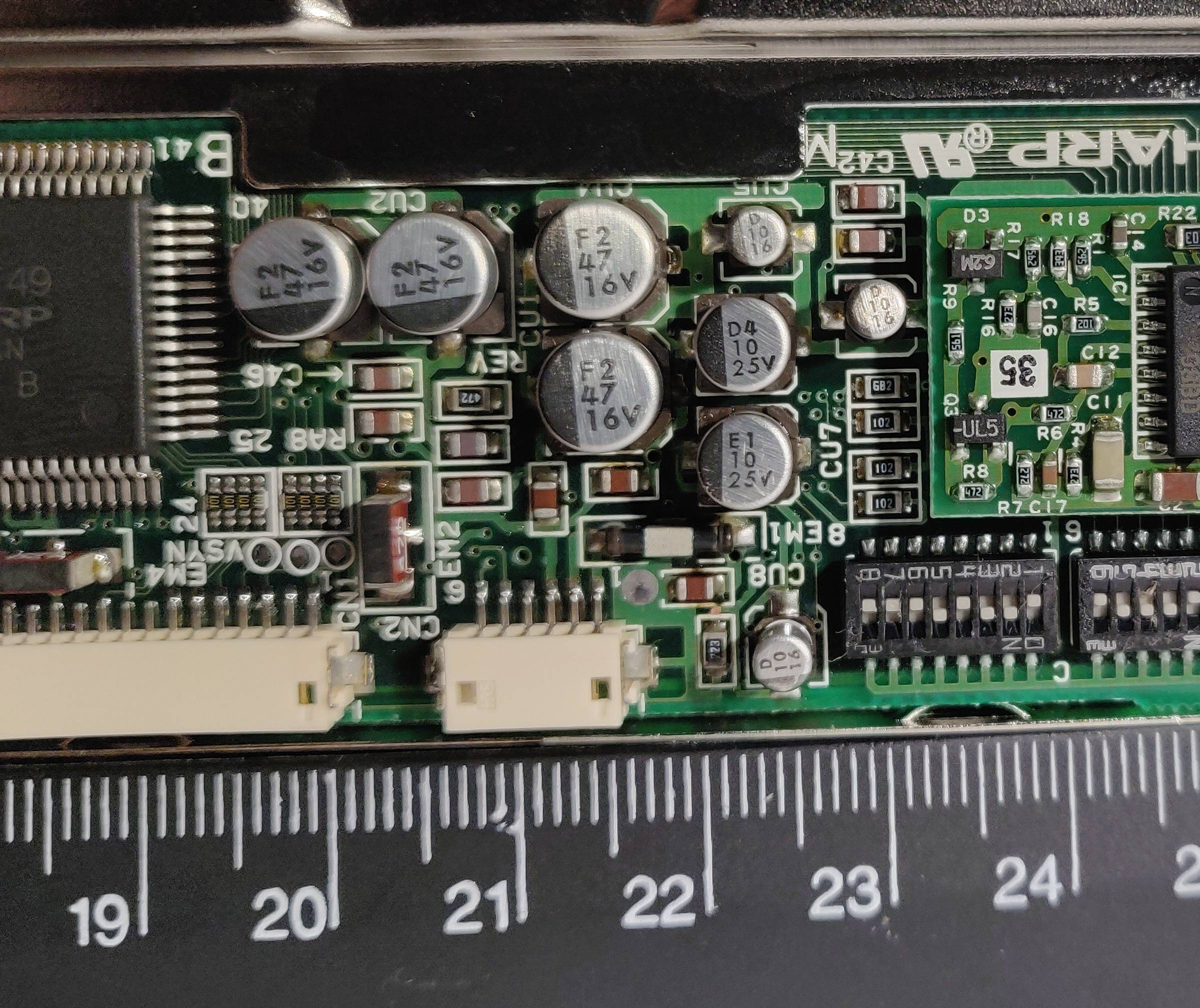 You read them right.

As told in the comments, they look good.

The 'F2', 'F1' and 'D4' are the lot numbers, I see something similar in ALUMINUM  ELECTROLYTIC  CAPACITORS, halfway the first page on the left.

Here are land pattern details for those capacitors: