This question already has answers here:
Why wiggle nearby tracks on a PCB?

Here's a photo of a Raspberry Pi A+. 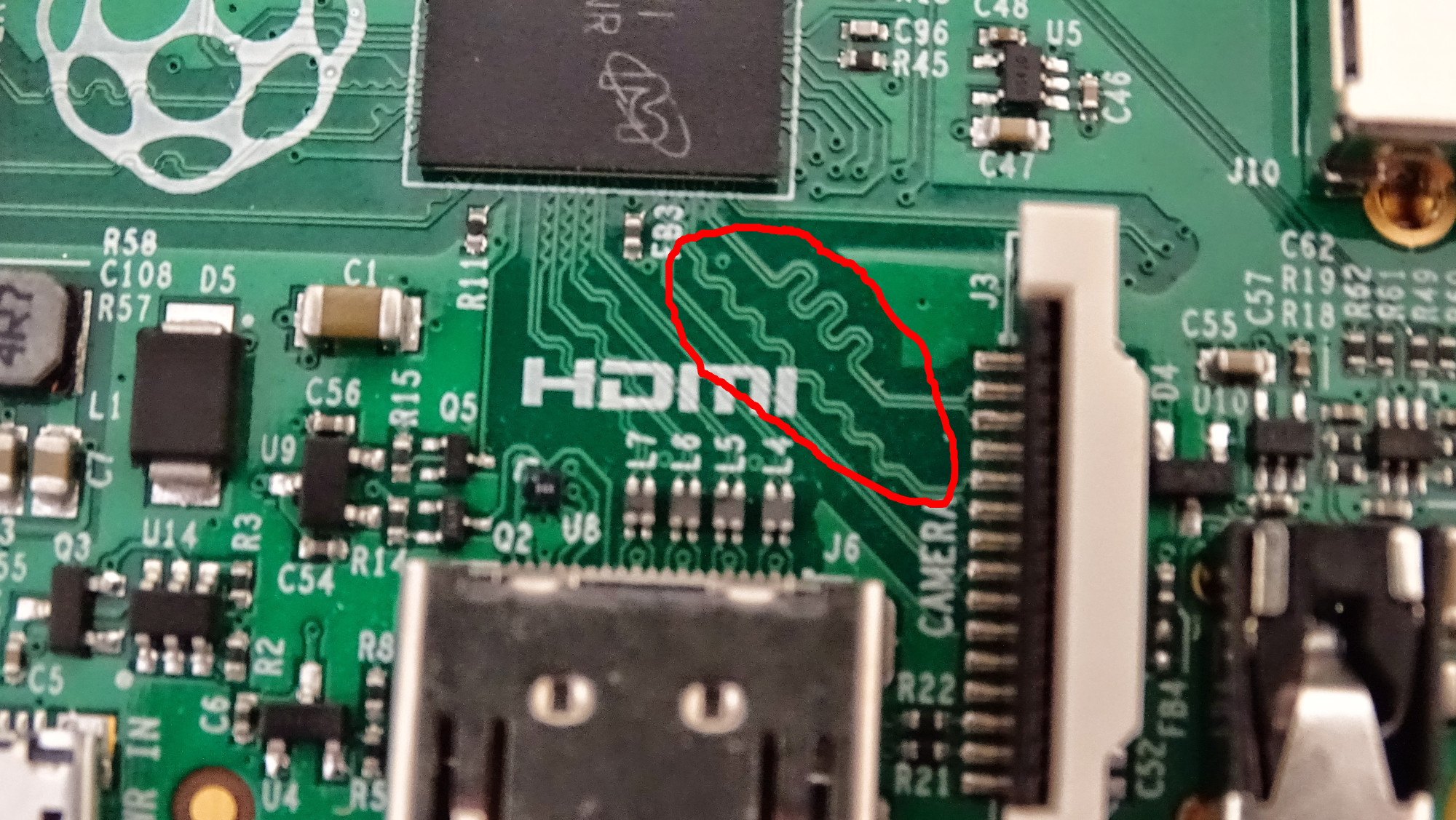 I (as one completely ignorant of PCB design) would expect the electrical paths to be as simple as possible, which normally implies using the shortest path from the source to destination. Here, the printer can clearly print straight diagonal paths, but some other nearby paths are stair-stepped, or even take bizarre roundabout paths to their destinations.

I've seen this on a variety of PCBs, including other models of the Raspberry Pi, some Arduinos, computer motherboards…

Can you explain, in layman's terms, why these more complex paths are chosen?

These "complex paths" are simply a way to make the paths longer. This allows you to match the length of two or more tracks on the PCB. This is important for high-speed (MHz) signals, where the time taken for the signal to travel along the tracks on the PCB (an electrical signal travels at around two-thirds of the speed of light in copper) is comparible to the signaling rate. If the lengths were not matched, then the bits on one line in a parallel bus (such as the GMII link between and Ethernet PHY and MAC) would arrive before the others. This could mean that the value on the bus is read between the first and last bit arriving, giving an incorrect or invalid value.

In the example you provided, you'll see that the top-right pair of tracks has the least distance to go in a straight line between the IC and CAMERA connector, so it has the most extra length added to the tracks.

This may be deemed a comment more than an answer, but just as important as which solvent (if any) to use -- we wash our boards with critical circuitry in RO (reverse-osmosis) water because it is free of salts + other contaminants -- make sure the boards are dried thoroughly.

Surface-mount chips often have a very thin gap between the chip and the board which can act as a capillary to retain water for days. So drying thoroughly is important. I'm not sure what works best, but in one case we put our circuit boards in a thermal chamber at a high temperature (probably 60-80 C; I forget) and low humidity for a day to drive off the water.

You can create a non-square PCB simply by defining whatever shape you like for the board outline. As for a non-flat one, PCBs just aren't made that way.

There are some alternatives that you could consider: