I'm in my parking lot and just a little too far from my car for the remote to work… But if I hold the remote up to my chin, and then suddenly it works.

It sounds dumb until you try it, but it definitely works, with lots of different remotes/cars. I assume it has something to do with the capacitance of your head, but I don't understand the details.

This is just speculation. To confirm any of this would take some careful measurements with fairly sophisticated equipment.

Two things come to mind. First, just raising the remote should help with its range. Try holding it up at chin level but not near your head.

Second, it's possible that the length of your body is roughly resonant at the RF frequecy. By feeding the signal into your body antenna at one end and with the other end loosely coupled to ground your whole body might start acting like a antenna. With the transmitter at waiste level, your body antenna is center fed, which doesn't cause it to resonate as well. Again, this is all just speculation.

As Peter's answer says, the short answer is "yes".

The reason is, according to Wikipedia,

This is one consequence of the reciprocity theorem of electromagnetics. The proof is kind of hairy, though.

Do you just solder leads right to the board? In that case, isn't everything just shorting out?

Some of the leads, yes. In its simplest form, the copper plane is not cut anywhere, and it becomes ground - so any part of the circuit you would tie to ground you simply solder to the copper plane.

Since many components connect to ground, you actually have relatively few components that are not physically connected to the copper. 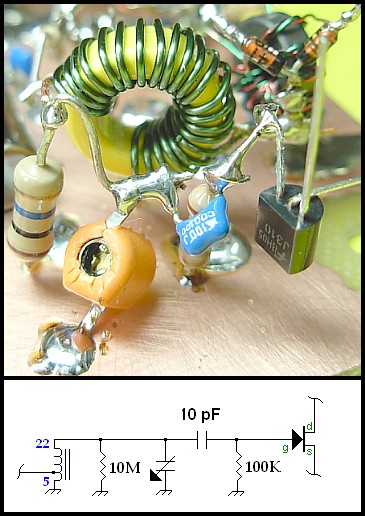 In more complex forms you might remove strips of copper in order to create little islands of copper that aren't ground, where you might attach several components. This is more rare, as it defeats the shielding purpose of the copper plane, and can cause odd ground plane currents for the copper around the island.

If the design you are building has few connections to ground, you can use standoffs to provide the physical support required. One builder uses very high value resistors as standoffs. Another option is to use smaller pieces of PCB material glued on top of the copper plane to create thin standoffs, or isolated islands. 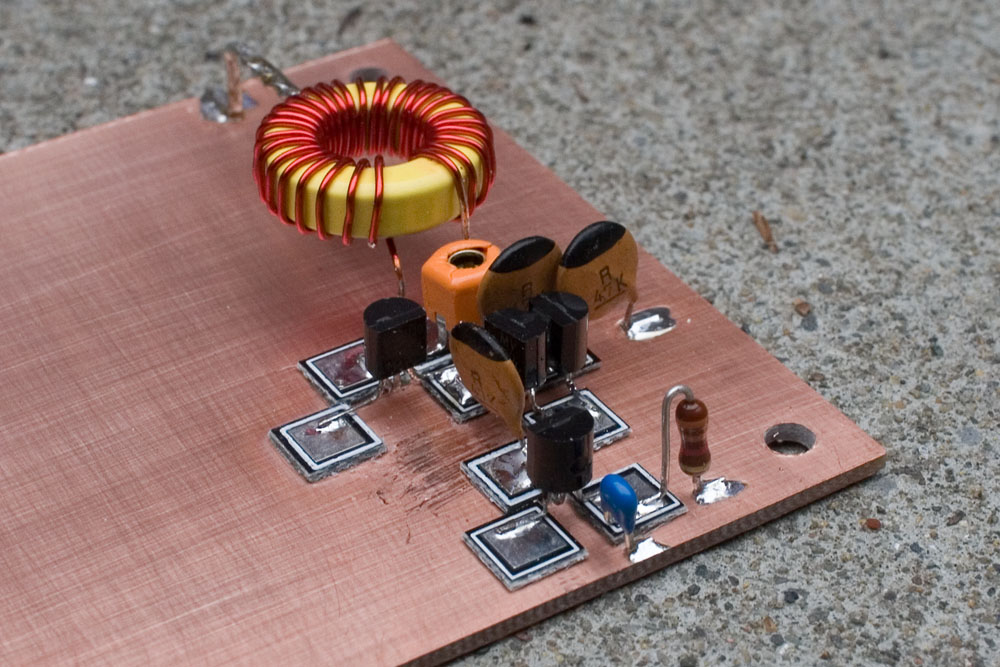 Note that this is merely an evolution of the old breadboard style of circuit building, which literally used wood slabs with nails in them for each connection. It's very useful for RF and other similarly sensitive circuits which benefit from a good ground plane and a shielded enclosure.

Also, when I try to solder stuff like this (big metal slabs) it soaks up so much heat I cannot get the solder to melt.

You'll need a soldering iron that can put out sufficient heat. 40W would be the minimum. Use it with a large tip, and set the iron to high heat if you can vary the temperature. Start by preheating the copper, and add some solder. Then solder the parts to the copper plane - once the little solder blob is on the copper, it's easy enough to heat it. Consider using liquid flux to make sure the connections are good.

I assume the sea of copper has some kind of electrical shielding benefit, but do not know what that is.

The copper plane does a few things, it shields the circuit from EMF or RF energy from below the board, it provides a continuous, solid ground plane so you emit fewer unintended emissions due to ground currents, and the solid ground plane is one half of a good power supply system, ensuring adequate current to all areas of the design.

You'll want to enclose the whole thing inside an RF shielded case if you need full shielding, but often a well-constructed circuit of a good design built close to the copper plane will perform very well.