My trusty electric fly-zapper broke, so I opened it up to have a look in case it was something simple. I have to say I was a little surprised by what I found inside: the capacitor reads 473K, meaning the capacitance is 47nF (I was able to confirm this with my multimeter).

As the charged voltage of the fly-zapper is about 2.5kV, that gives a total charge of around 120uC. I'm surprised this is so high – as electrical regulations usually say anything above 45uC can be dangerous (see, for instance, IEC 61010-1).

My question is: how is it possible this got through the regulations? Surely as it's almost 3-times the safe charge for a capacitive discharge it should be considered dangerous?

PS: this particular fly-zapper (The Executioner) doesn't have a protective 3-layer grill like some: it's pretty easy to touch the live terminals and it just feels like a static shock.

I don't know if this file zapper meets any standard, or how it does it. But it's extremely unlikely that the 4.7nF cap is 4.7nF at 2.5KV, particularly if 4.7nF is what you measured with your multimeter.

If you told me that the effective capacitance as 2.8nF I wouldn't be surprised. If you suggest that the working capacitance is 1n5F, I'd just say that I don't have the specifications for that capacitor.

Back in the Dark Ages, when Men Were Men and vacuum tubes ruled the world, this kind of thing was incredibly common. 300 VDC power supplies were everywhere. 500 VDC was not at all uncommon in higher-power amplifiers.

Standard procedure back then was to put bleeder resistors directly across the big electrolytic capacitors. Typical values were several Megohms. With the juice on, the bleeders were ALWAYS dissipating a small amount of power during operation, but, when the power was removed, the bleeder would drain the capacitor charge in a reasonably short time.

Occasionally, you'd run into equipment where the manufacturer cut costs to the very bone by eliminating the bleeders. Those units were NASTY. They could HURT you. I got a nasty little bite off of a guitar amp that had been cold for a couple of days, because it didn't have bleeders and I didn't notice it and the capacitors were in GOOD condition. Luckily, it got a knuckle, I figured out what was happening, and I did the old "screwdriver across the caps" trick to drain them manually, while muttering mildly unprintable things about the ancestry and probable destination of the individual who'd decided that leaving the bleeders off was a good idea.

Electronic – How does this mosquito zapper circuit work

Looks like a self-oscillating converter, probably a primary winding, a feedback winding and a secondary winding (6 pins). It would be similar to this, but with many more turns on the secondary: 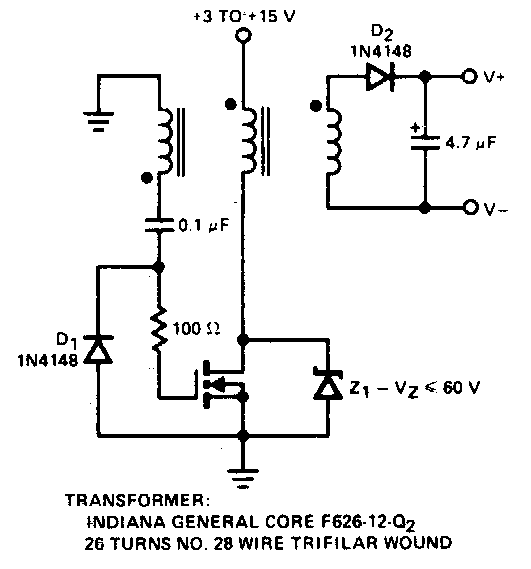 I think this is a blocking oscillator with the transformer primary in the emitter of the transistor and the feedback winding blocking the base voltage.

The transistor is probably a cheap high-current BJT such as an 8550 with a base resistor and nothing else. The blue capacitor and the brown film capacitor form a voltage doubler (there is room for parts for more multiplication, but they're not populated). The two resistors are to discharge the capacitor- one is a 22M and the other is a 20K. When they use the tripler configuration they probably use two 22M or a 22M and a 10M resistor. Th

The LED is just across the input power (after the tact switch) with a resistor in series.

These things have to make with BOM adding up to not many pennies, so everything is minimized. The output capacitor is probably being run at way over rated voltage, the transistor will probably burn out if you hold the switch down, the transformer insulation is unsuitable for anything but brief momentary operation. Minimalist, fully Muntzed, design philosophy.