I am trying to learn basic oscillator circuits with the help of this link.

But when I connected the components, my LED is not blinking. Rather, it is giving bright light. The components I have used are 1K resistor 18V battery 200uF capacittor 2N2222 transistor and LED with 100 ohm resistance.

Here is the circuit: 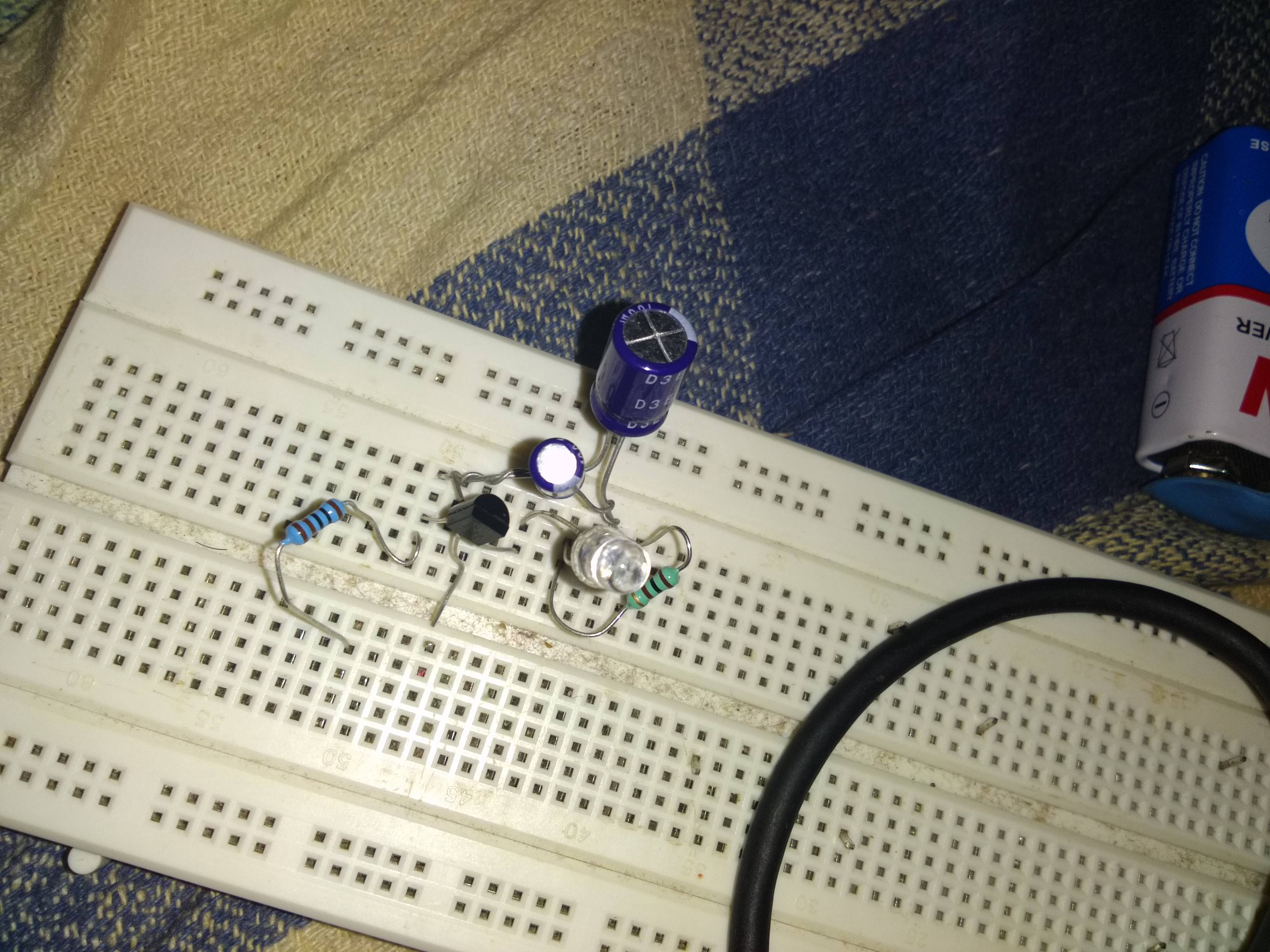 IF the pinout is the same as the

then you have the transistor C & E reversed.

That alone would completely prevent the circuit working as intended.

Your photo is reasonably well taken (although you could have arranged it so that ALL connections were unambiguously visible) BUT it is very poorly presented.

Just by cropping it to show only the relevant part you give people a much better idea of what you are doing. Rotating it to be "square" on is a bonus.
If you cannot do that look at fabulous free Irfanview - from here 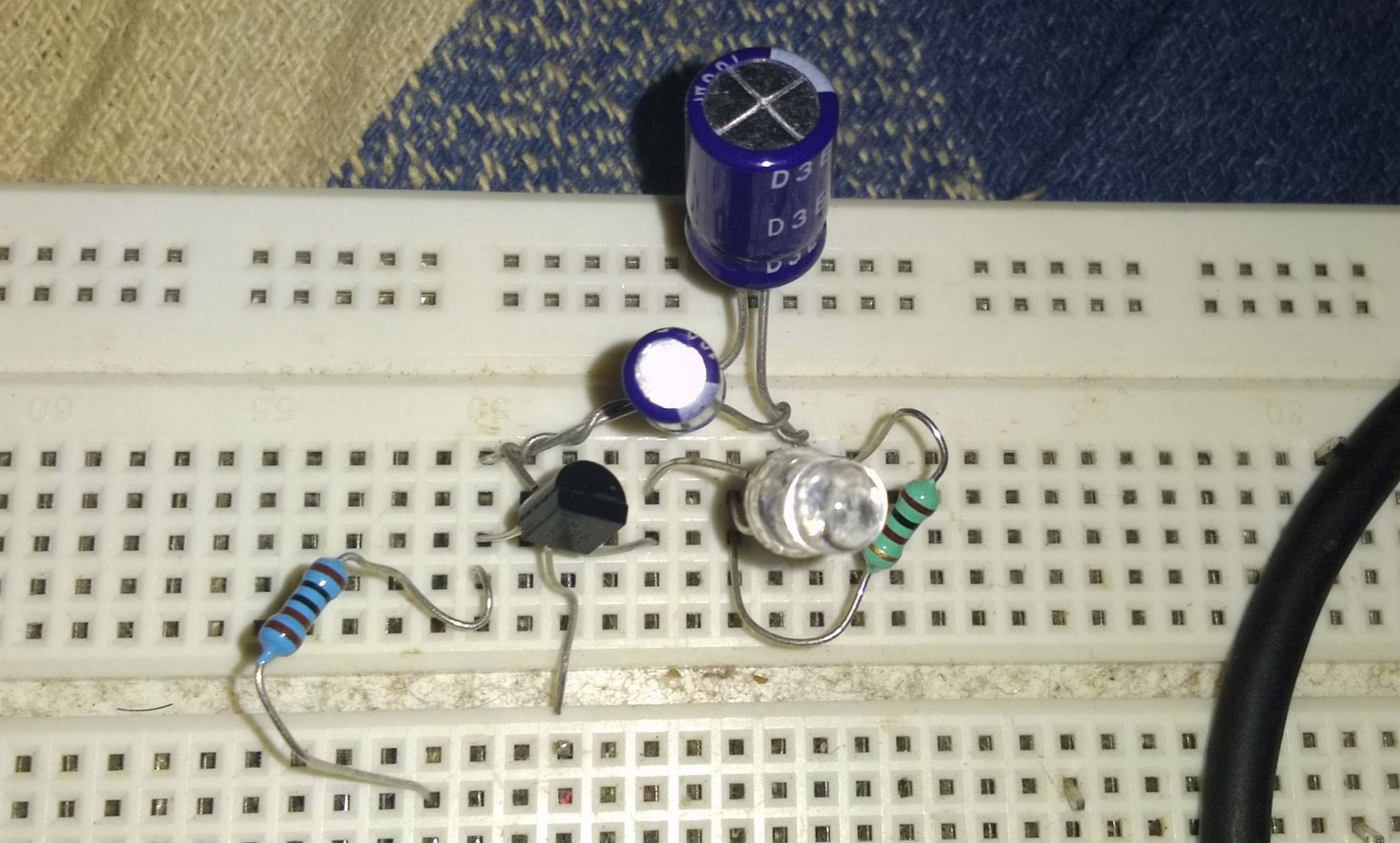 Adding a few labels to show where eg power connects.
Showing where you THINK C & E are, may help people see that they are not. 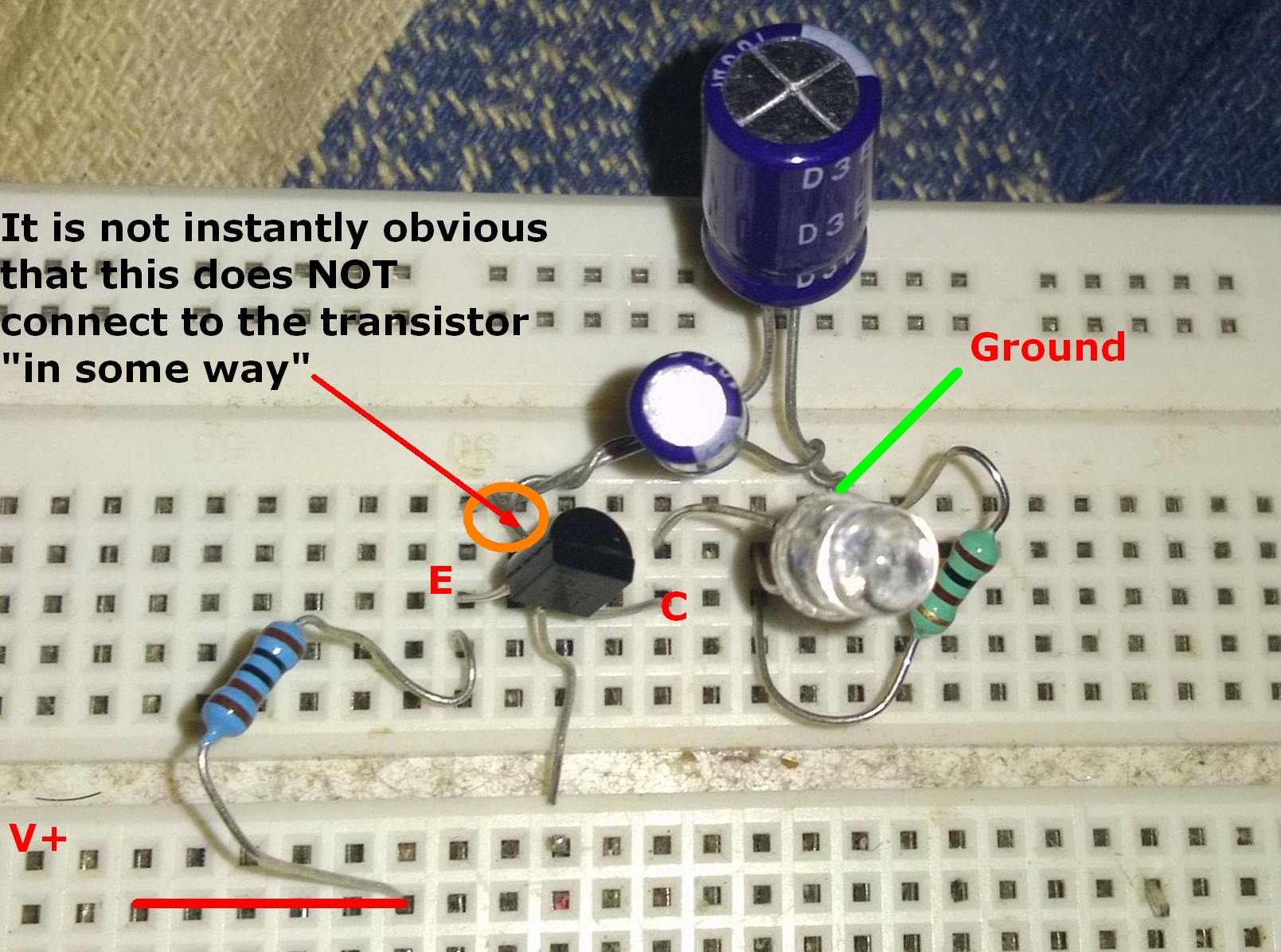 Finally [ :-) ], your enthusiasm in investigating such an unusual and interesting aspect of electronics is commendable, but your construction methods are unnecessarily untidy and it will take you LESS effort and give better results if you improve them. More could be said, but a few suggestions:

One reason is that the transistor gain is degraded at high frequencies. To pick a specific example, the ON semiconductor BC546 has a gain-bandwidth product (GBP) of 100MHz at 1mA collector current (see figure 6 in the linked datasheet). This means that at a frequency of 27MHz, the current gain (beta) is about 100MHz/27MHz = 3.7, not 100.

At 27MHz, stray capacitances in the transistor (amplified by the Miller effect) may well also be playing a role in reducing the gain.

Simply replacing the transistor with one more suited to high frequencies may be sufficient to fix the problem. You may get away with just choosing a different general-purpose transistor: the 2N3904, for example, is a little better with a typical GBP of 300MHz. A better solution is probably to choose one of the many transistors designed for high frequency applications. To pick one at random, the PN5179 from Fairchild has a typical GBP of 2000MHz.

Because of the Miller effect, the common collector amplifier is not especially well suited for high frequency amplification, and topologies such as the common base amplifier are often used for signals at several tens or hundreds of MHz. However, at 27MHz I suspect you will be OK with a common emitter amplifier.

In most basic terms, you need some kind of amplification to make the circuit oscillate. That's the purpose of the transistor--to provide the amplification. The other requirement for oscillation is some kind of feedback from the output to the input. The actual power to the circuit comes from the battery to the tap on that coil. Then, the topmost connection on the coil (which will have the signal induced on it) is fed to the base of the transistor to make it oscillate.

Also of note is that the voltage across the entire coil will be higher than the bottom half (which the transistor is managing) and the higher voltage is more suitable for driving a piezoelectric element.