Currently we are using the following power supply scheme: 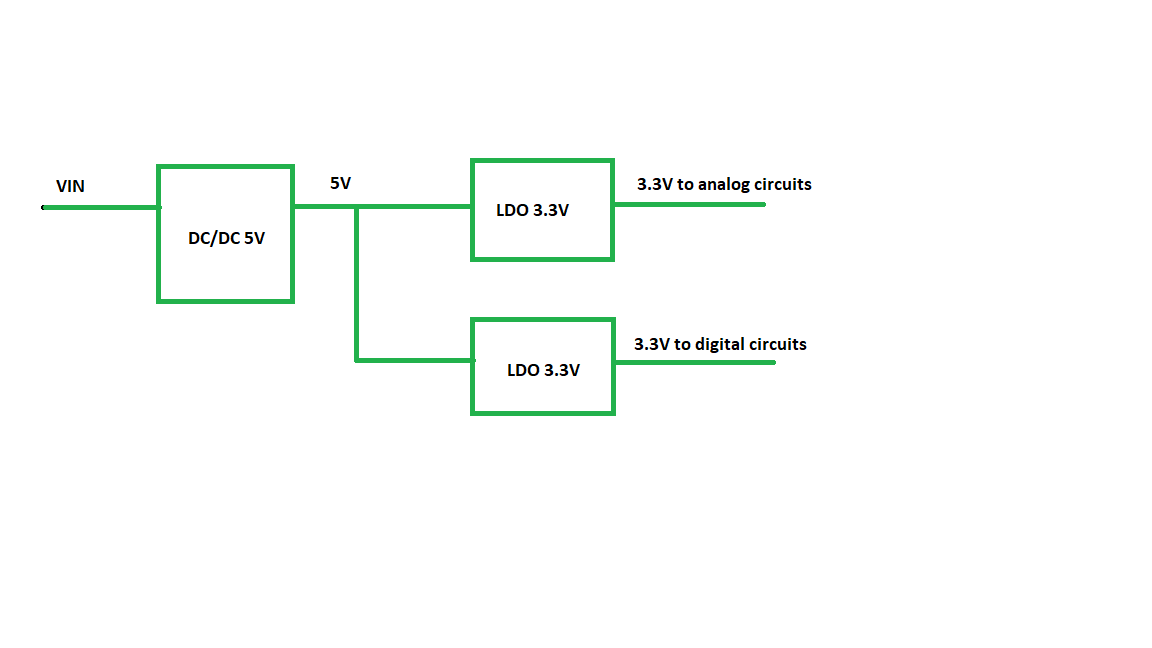 This solution effectively separates the analog sub-part of the PCB from the noise of the digital sub-part.

Now we are going to use the following scheme: 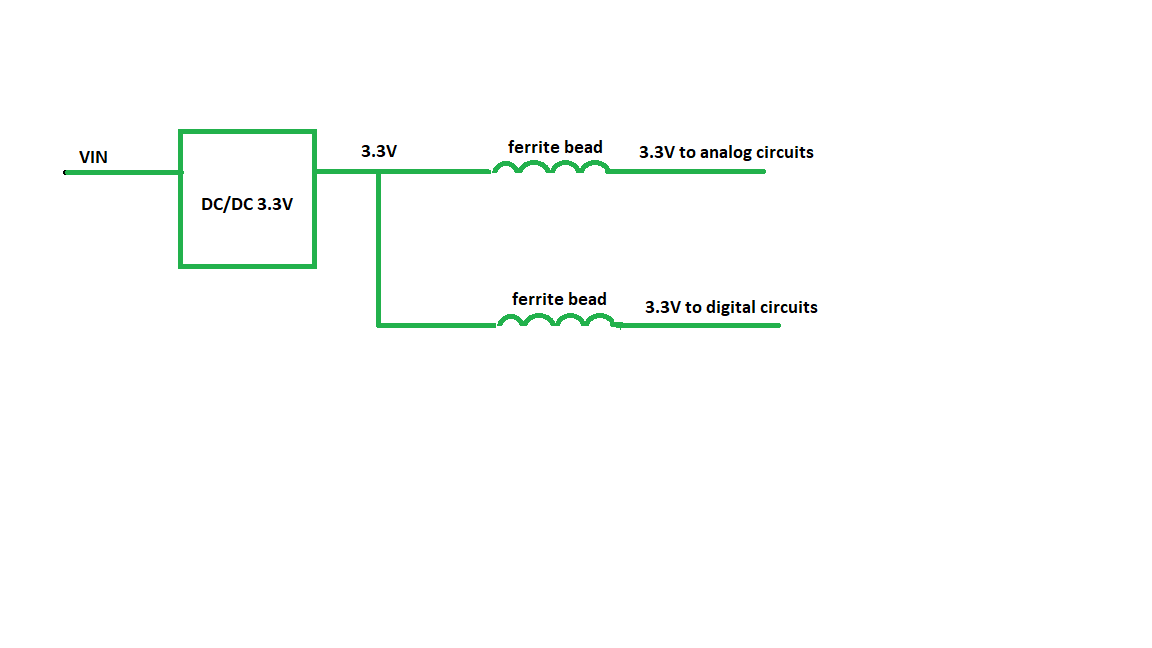 The main benefit is decreasing the BOM cost. But would it separate the digital and analog sub-parts of the PCB?

Ferrite Beads and LDOs are typically solve two different kinds of noise problems, so very rarely will you be able to "replace" an LDO with only a Ferrite Bead.

If you look at the PSRR for LP2980-N, found on Figure 25 of its Datasheet (see below), you will see the LDO's PSRR starts rolling-off at around 1 kHz and at higher frequencies it is actually the Output Capacitor filtering noise (notice the improvement of the PSRR plot as they increase COUT) 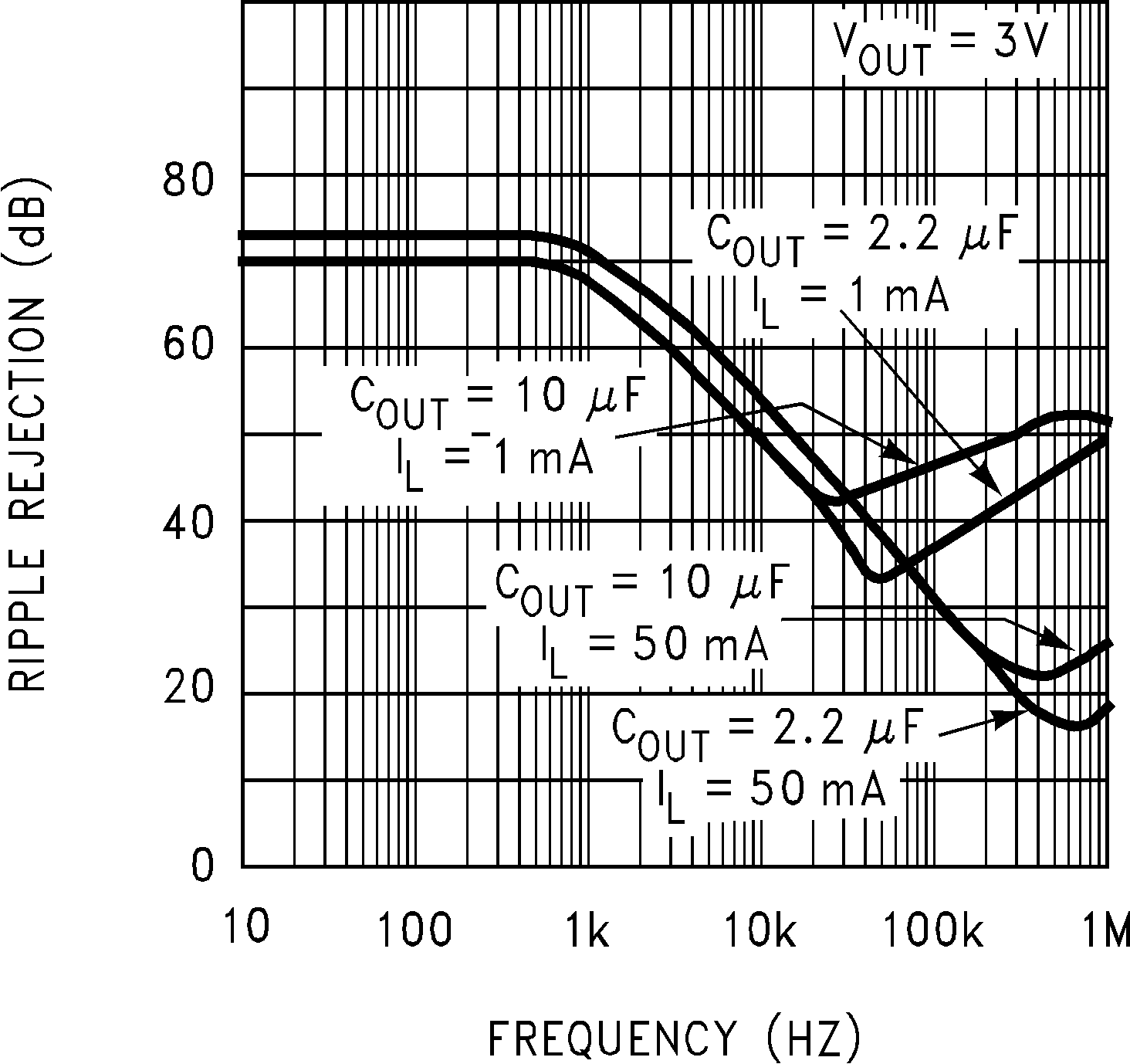 Ferrite Beads on the other hand are typically used as a High Frequency filter, since they are essentially in its most simple representation an Inductor with a Resistor in series, which is "Resistive" a low frequencies (meaning it won't filter noise out) and becomes "Inductive" at frequencies around and above 1 MHz, depending on the Ferrite Bead.

So depending on the noise you are trying to filter out, which would be the DC-DC Noise, and possibly other source of noise as well you might want to use an LDO, a Ferrite Bead or both - the first question you'd need to ask yourself is "What Frequencies do I want to attenuate?"

Note: If you want to use an LDO with good PSRR but are concerned on cost you might want to look at LP5907, it seems to have lower cost than LP2980-N, has better PSRR performance, and a fixed 3.3 V option.

Your choice will probably depend on the DC-DC Switching Frequency, for example:

1. If you have a DC-DC SMPS which is switching between 50~400 kHz and LDO might be sufficient with the appropriate amount of output capacitance (mind the LDO's stability).

2. If you have a DC-DC SMPS which can be switching between 50~1500 kHz you might want to do both, because the LDO's PSRR might have ran out and it is even possible the Output Capacitor's impedance is decreasing.

3. If you have a DC-DC that is switching at 2 MHz the Ferrite Bead might be enough, but keep in mind that the DC-DC SMPS has inherently a higher Noise Power Density at lower frequencies which might affect your system's performance.

My best guess for you: since you are talking about 10 mA and 20 mA loads I suspect your DC-DC is switching a lower (Sub-1 MHz) frequencies, in that case your best bet is an LDO (mind the PSRR vs Frequency), since a Ferrite bead is very likely just a "Resistor" at that point.

If I were you and the layout allowed for it, I would put both LDO and the Ferrite Bead and put an (unpopulated) 0 Ω resistor in Parallel with the LDO, so you could bypass it later if you want.

B is better- you're not directly injecting digital noise into your precision analog supply.

It might be even better to draw the 3.3V supply directly from the input supply. For example, a single BJT (emitter follower) from the 5.5V regulator will give you a bit under 5V out, which your 3.3V LDO can easily handle (assuming it can't handle 40V directly). That will also reduce the dissipation in the 5.5V LDO (do you really have to call it that close, and do you really need an LDO in this position?).

Switching regulator design is complicated indeed, and it even requires a proper PCB layout thanks to the high frequencies and EMI involved. But it's by no means impossible when building it around a controller IC and following its datasheet's recommendations.

But consider that for about the same 3 euros, you could buy a ready-made switching regulator module on its own little PCB from eBay.

And you don't necessarily even need a switching regulator circuit capable of 2A or more, if those spikes are short enough. You could buck down to let's say 8V and put that into a suitably large capacitor, and further regulate to 5V using a linear regulator. The 2A spikes would make the capacitor voltage dip down, but if it doesn't dip too much (thanks to a big capacitor), the output will remain a steady 5V.