I have a circuit that uses BC106 and 2N3634, which can't find in store (where I live).
Is there any website which could help me find an equivalent transistor?

For instance I want to replace BC106 and 2N3634 with others that act the same. Any suggestions would be appreciated.

Note that a BC106 quite possibly never existed - see "BC106 where are you?" note at end of this answer.

If you use a part that has at least the same Vc max or higher, at least the same Ic max or higher and an equal or greater typical current gain then the transistor will work acceptably in the majority of circuits. There are special requirements that are affected by a number of other parameters, but in most cases you will not need to worry about them.

You can find many of Digikey's transistors here
or you can start at the top and search Digikey's whole websitewith BC107 data sheet here.

You can use the same method for your 2N3634 once you know its parameters.

It's worth noting how the above transistor search was arrived at.
I just entered "transistor" (without quotes) in the search box at the top level, then clicked on "Transistors (BJT) - Single (13,797 items)" and it took me to the transistor search page above

The next most important parameter is possible "Ft" - the effective maximum operating frequency (although the transistor is of no use at that frequency). If you need to care about Ft then chances are that you should be showing us your circuit and telling us what you are ring to do and then asking for advice.

A good source (one of quite a few) of information on US available transistors can be had from Digikeys online catalog. It allows you to select Vc, Ic, Beta, Ft etc. Whether the parts there are of use to you depends what country you are in.

A useful site that allows you to search 20+ suppliers catalogs at once is www.findchips.com. Searching that site for BC106 returns

showing that 7 suppliers (probably) have it in stock - BUT it turns out that none of the stock are the transistor you want - the code BC106 appears in other parts numbers as well :-(.

Rather than try and track one down at this stage I'll note that
Digikey sells the BC107 = 45V, 100 mA, NPN, Beta = 200, 300 mA dissipation, Beta = ? here
It uses an old style metal TO18 case but the dissipation is lower than for most plastic cased leaded devices.

Note that in the above I've left out some details which are more liable to confuse than help at this stage.
eg Beta is usually specified at a stated current.

It seems possible that the BC106 has never existed. A BC100 did and BC107 on did. Some circuits refer to BC106 but that does not guarantee it's existence.

It is very likely that if you use the BC337-40 or similar that it will do very well in the original circuit BUT seeing the circuit would be even better.

As an example of brain-fade and BC106's, this discussion from 2009 refers to a BC106 allegedly in a circuit diagram here BUT when I look, I find the circuit uses a BC107.

SO BC106 probably (but not certainly) does not exist. Some circuits refer to it but no locateable (so far) data sheets and an early 1970's selector guide (book) of mine does not have it. Circuit references are most probably in error.

Yes. Give us the circuit and we will be able to spec a transistor for you.

AND a photo to go on with (and comment on thos below).

A copper side view of PCB as well would help muchly (for the terminally enthused to start in on).

If you have a working unit so much the better.
I you can tell us the supply voltage, power taken and frequency it would help greatly. That would be enough to hazard a good gusstimate. Even voltage would possibly be enough !!! 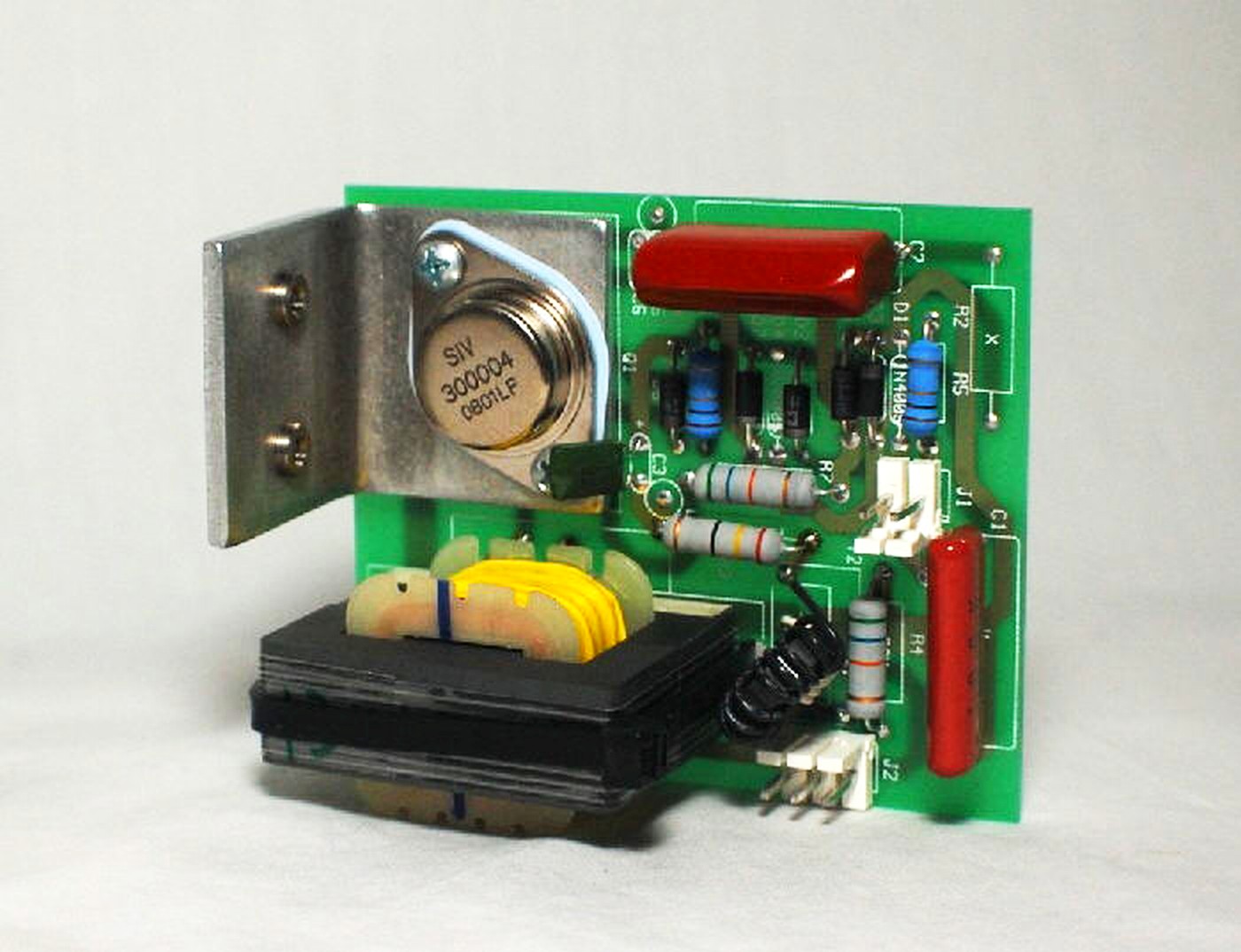 May be used elsewhere in system, too? Board level parts supplier here says

and... . Transistor is about certain to be the same given the peep of part number seen. 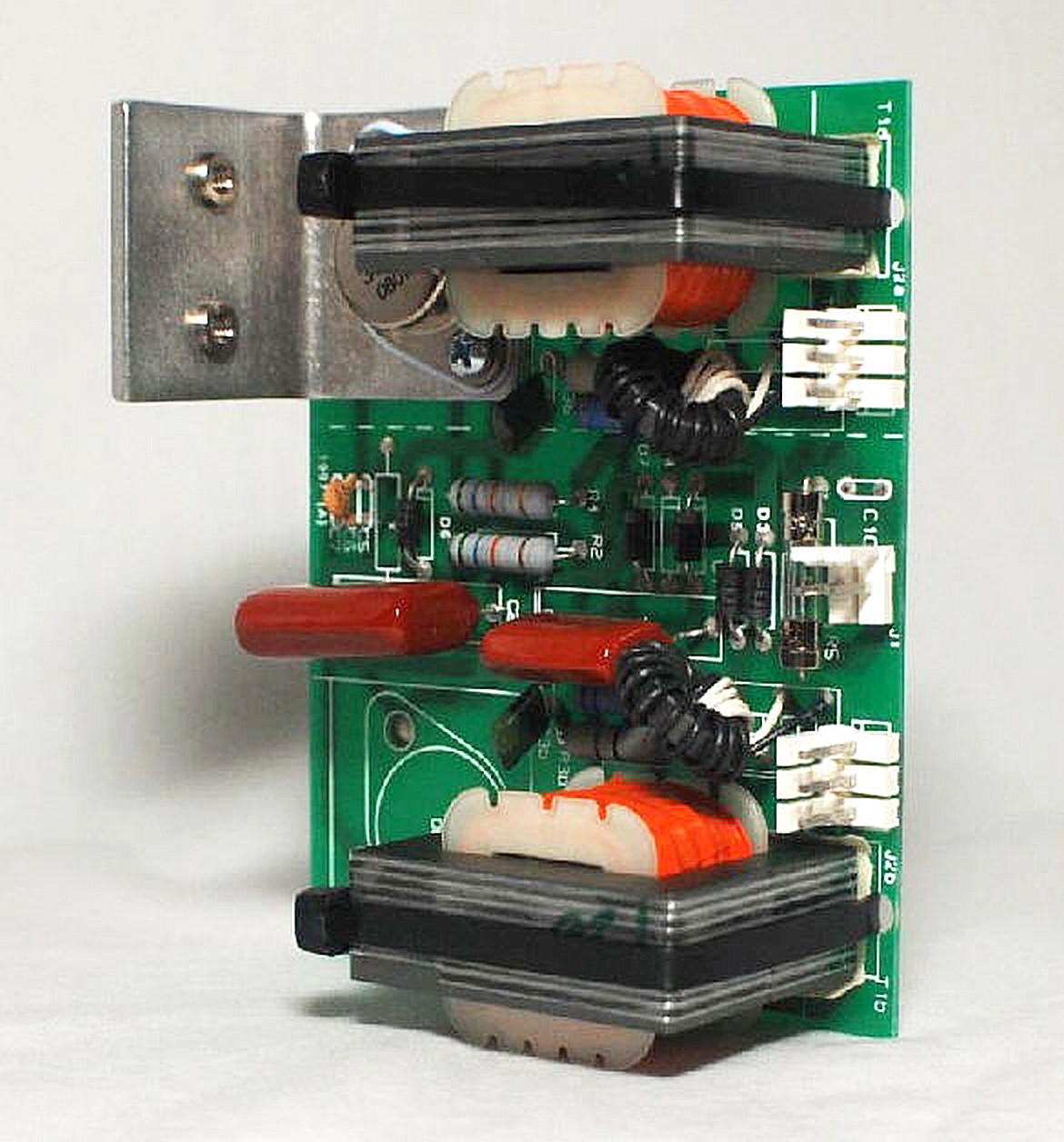 You didn't tell us you knew board part numbers !!!! More photos

Here and
here and
even Sonix's own photos are useful

Need to find a transistor

Using NTE's cross reference, 16L64 can be replaced by NTE107 which is described as a "Silicon NPN Transistor - UHF Oscillator for Tuner" and comes in a TO-92 package. As the exact copyright status of NTE literature is unknown to me and to avoid any copyright issue, I will not be posting the specifications here. Instead, here is the link to the datasheet.

If you are in the US, you can check for availability of the NTE part using the "Check Stock" button. I highly recommend buying from NTE to support their business. They had been providing good cross reference service for decades (formerly known as ECG by Philips).

Other common transistors for replacement are 2N3855A and BC549. A preferable replacement from Fairchild is KSC388.