I came across this problem and I'm trying to really understand it. 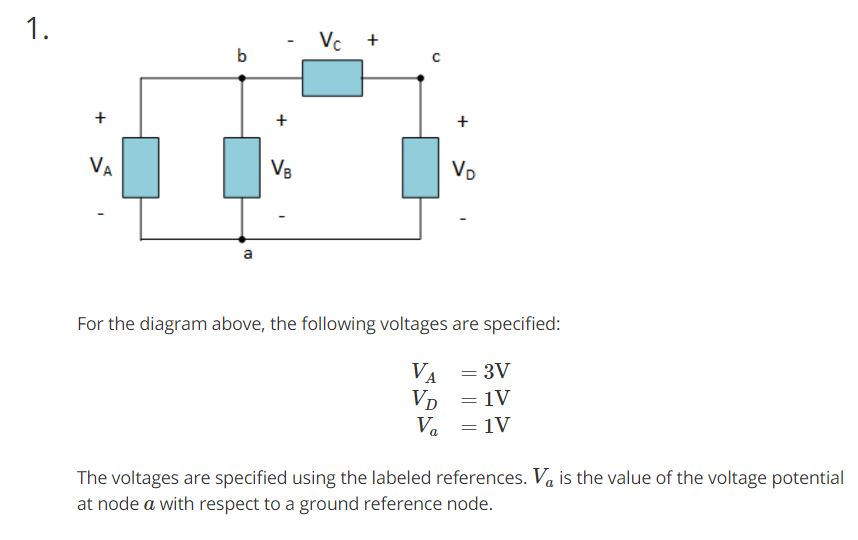 Now, I know that since VA is 3V so do VB because they are in parallel.
but why is not VC + VD= 3V since they are also in parallel to VA

The way I solved for VC is just intuitive, subtracted VA-VD and then multiplied by a negative sign because the negative sign is first (assuming that my current flows clockwise through the whole circuit), why can I do this fro VB?

Also why is Vab negative if voltage is dropping and not raising?

Voltage is the difference in electric potencial between two points.

In the same way you can calculate the electric potencial in point c.

And last the voltage drop VC: 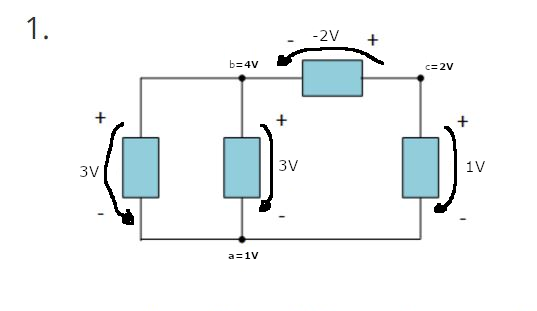 No voltage across this component

I'm going to assume you meant "rightmost" since the leftmost component is a supply.

The voltage across the rightmost component must be the same as any components in parallel. Hence, it has 5V across it.

Dependant sources are handled in the same manner.