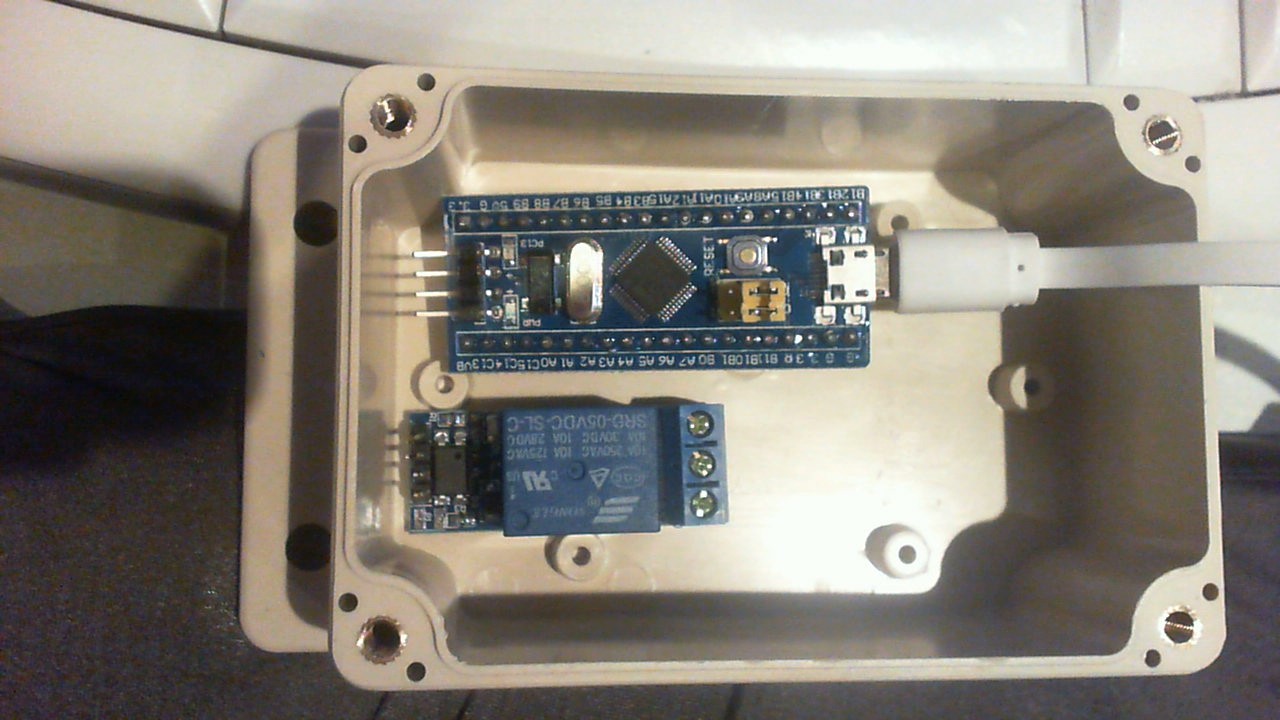 I have an enclosure, and want to fix/put a STM32 inside, a relay and probably later a small circuit board.

However, the STM (STM32F103C8T6) and the relay do not have holes to fix them… and I do not want to glue them because maybe later I want to change/add components.

What is the best way to do this?

Note the USB cable will be get a separate hole to attach (or maybe even a separate connector in the enclosure. The enclosure itself will be attached to a box that will be moved regularly (even during working conditions).

Also, I wonder if holes would be needed to prevent too much heating. The STM32 will run on a very low frequency initially, but later maybe on 72 MHz.

(I know putting this is not entirely an electronics question, however, I think it's better appropriate here because more people doing electronics have experience how to handle my problems. It's the first time I use an enclosure).

Cut a piece of pcb stock (or any sheet plastic) to fit properly in the housing, including screw holes to match those bosses.

Then attach your components to this base plate either with double sided tape, velcro, or cable ties going through holes in the plate.

Run the cable through a notch in the edge of the housing rather than a hole so it can be easily removed, but won't pull out by accident (unless you want it to be removable in the field).

Electronic – Affix LED to a case

It's not clear whether you want to attach LEDs to the exterior of the enclosure or have them mounted in holes in the aluminum. Typically you would mount them in holes, and to secure them properly, you should consider an LED mount:

At left shows how the LED is secured in the housing. At right shows the mount components separately. It's just a plastic holder which is held in place with a ring.

Look for "LED mounts" at your electronics supplier, there should be a variety to choose from to fit your LED and enclosure thickness.

As already mentioned, 100 ft is a lot. IEC 60529, which is a standard for ingress protection, tests their IP67 rating at 1 meter depth for 1 hour. IP67 is generally considered to be equivalent to a NEMA 6 enclosure, I think.

One thing to keep in mind is that if your lead wire exiting the box is stranded, you have a leak path through the wire (between the insulation and the copper strands). One solution to this is lead wire manufacturers can fill that space between the insulation and copper to prevent leaking. Another option is to have a water-tight connector on the other end of your lead wires, too.