I want to repair my computer mouse cable which has become disconnected from the PCB.
The wire is insulated with enamel and I have to remove it before soldering it back onto the board.

How should I remove the enamel?

If you are only doing this for a few wires (assuming USB or PS/2, that's only four to 6), just scrape it off with a knife, or use some sand paper (or even an emery nail board). 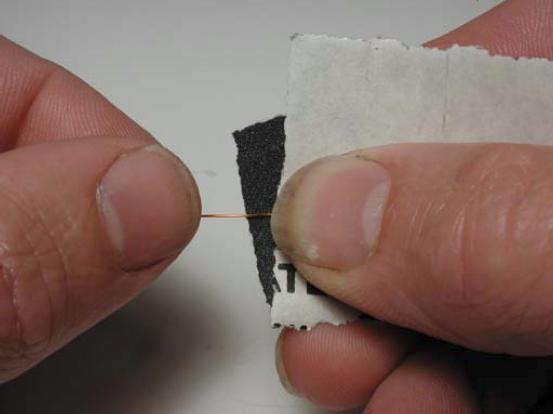 Electronic – What’s the need for a temperature controlled soldering iron

You always need a temperature controlled soldering iron. It's one of the first must-haves for the EE, together with a good DMM. Uncontrolled irons heat up to high temperatures while they sit in their holder, so that your first solderings occur at way too high temperatures, which leads to poor quality soldering connections and possible damage to (smaller) components.

I'm assuming this is the tubing datasheet you're interested in: FIT-221B-3/16

I was not able to find the wire in question, but let's assume that your statement about a 0.145" diameter for the wire + insulation was accurate.

The tubing has a minimum expanded diameter of 0.187", which is ~29% larger than the wire (including insulation).

There are still one outstanding questions to answer:

Presumably you actually want to solder the wire to something (in your case, an LED). This means there will be portions of the wire without insulation, and there will be some lead thickness which needs to be taken into account.

Suppose the wire thickness was 8 AWG, 0.145" total thickness (quite thick insulation). Then the cross-sectional profile looks something like this: 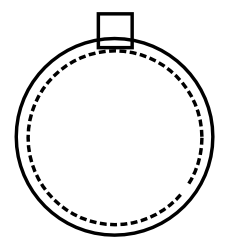 Ignoring the solder, the thickness of the wire and the LED lead is:

This is still ~23% smaller than the tube expanded ID, so we're good here. Likewise, the minimum recovery ID checks out too because the wire itself is larger. Adding on solder might make it a bit tight of a fit, but it should still fit (just don't glob on too much solder).

Now on the other end of the spectrum, suppose we have a 22 AWG, 0.145" total thickness (quite thin insulation). This time the cross-sectional area looks like: 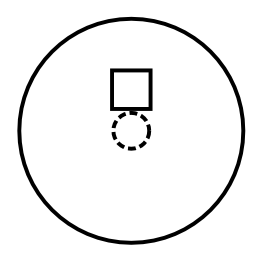 And the minimum diameter is now 0.046". This time, we will have problems because the reduced heat shrink won't tightly wrap around the section containing the wire and the LED lead. In this case, we would need shrink tubing with a shrinkage ratio of 4:1.

So in conclusion (tl;dr): It might work, but you'll need to know more about the wire dimensions, as well as what you're attaching the wire to. For the 22 AWG case you'll need a much higher shrinkage ratio to tightly wrap the actual joint. For a thicker wire, say 8 AWG the proposed tubing should be fine. There could be other factors as well such as heat shrink tubing material properties, but I doubt for the majority of projects these are a major concern.