Basically, I want to turn a continuous "1" into a short "1" pulse then "0". I'm new to logic gates, apologies if it's too obvious.

An XOR gate and a pair of inverters will do this if you don't need precise control over the pulse width.

An XOR gate output is high only when its inputs are at different states (i.e. 10 or 01). The two inverters add a small amount of delay to the signal seen on the bottom leg which gives you a brief moment when the inputs are different, leading to a pulse on the output whenever the line changes high or low. This is a very simple edge detector circuit.

This adjusts the pulse delay by slowing down the signal even more. The values of the resistor and capacitor determine the delay. If you're going to be sticking analog elements into your digital design you may want to use Schmitt trigger inverters as they can better handle input signals which "wander" through the boundary between a logic 0 and logic 1.

Turn S R Latch Using a NOR gates into NAND 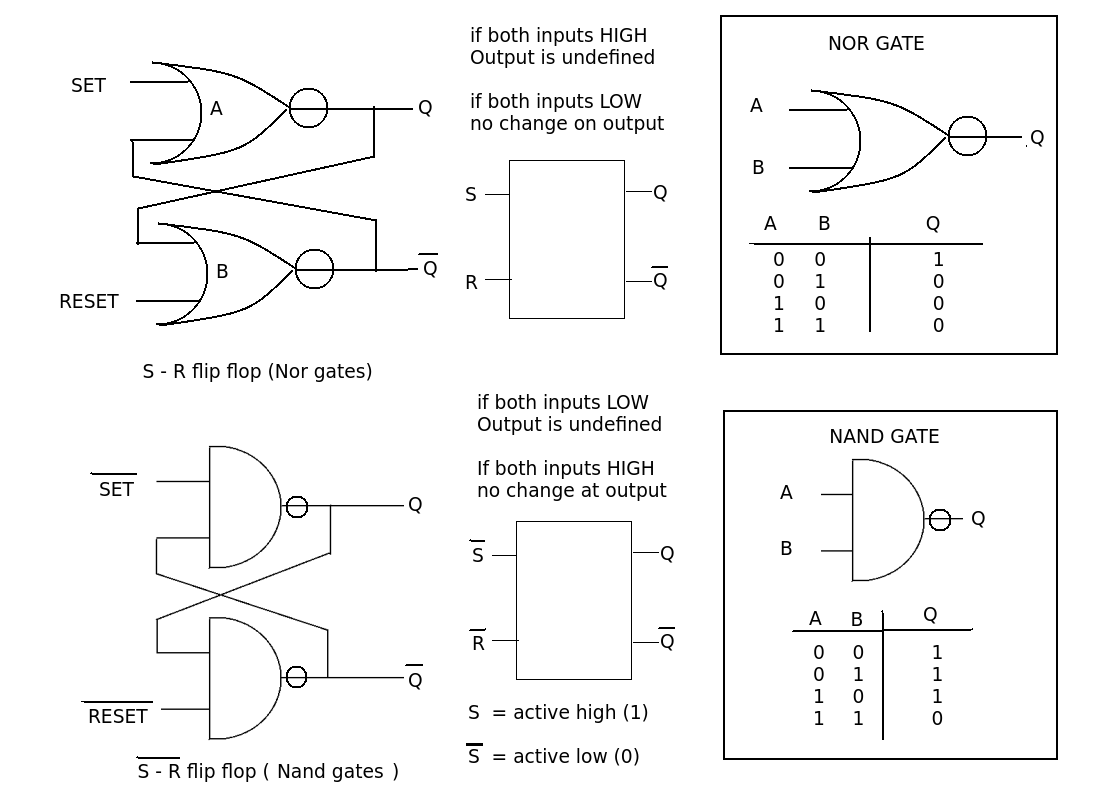 Another commonly used circuit is the NOT S R flip flop using NAND gates. Here the controlling input is a 'LOW' or '0' i.e. NOT '1' This is constructed with two NAND gates.

Now it is possible to construct NOR or NANDS from other gate combinations so that circuit diagrams may look a little different. For example you could add an inverter to the inputs of the NAND version and convert it to an S R type. By connecting the two inputs of a NAND gate you can make an inverter, so a 4 dual input NAND gate (e.g. 4011 or 7400) could be used to produce you S R flip flop.i.e 4 gates, not the 6 or 8 gates you think.

A walk through the circuit operation of the NAND S R flip flop (4 gates).

As with all S R flip flops a problem arises when you try to SET and RESET the outputs at the same time. In this case both outputs will go to '1' and it will depend which input falls to '0' first as to how the state of the outputs will be determined. 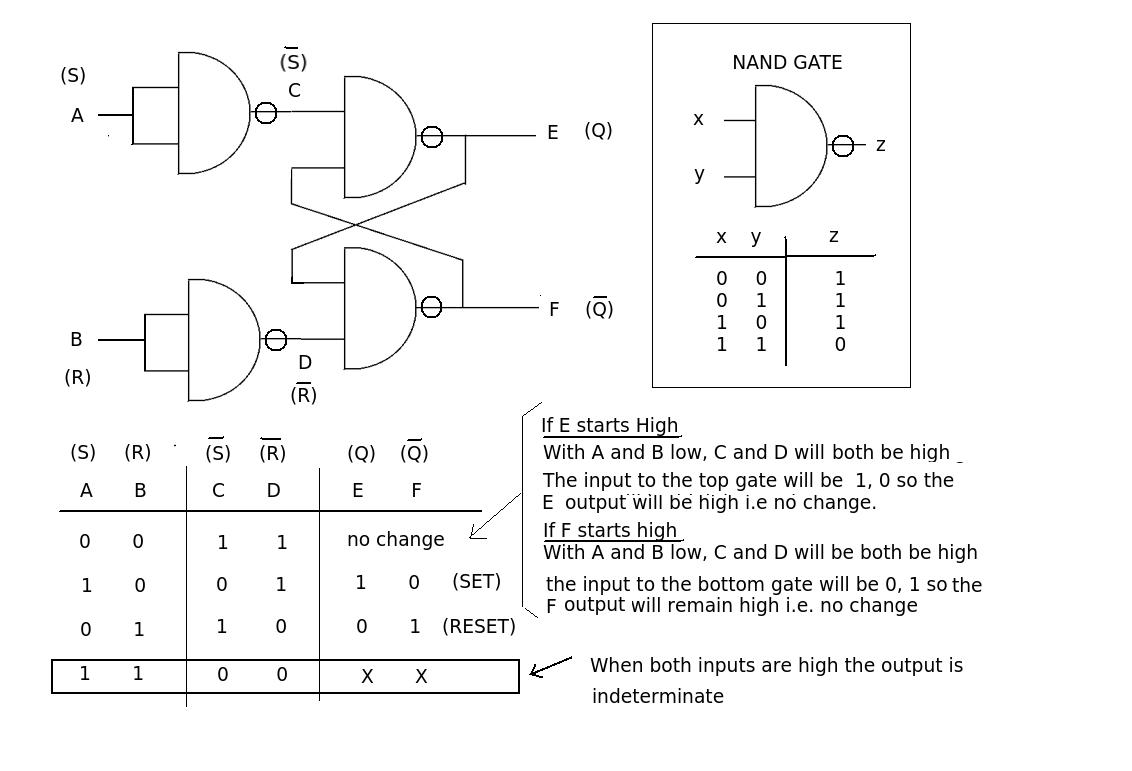 Electronic – How does a non-FPGA (ie a PC with a CPU, RAM, hard drive) mimic logic gates

Actually your first guess is not as afar off as some are claiming.

A CPU is built around something called an "Arithmetic Logic Unit" (ALU) and a simplistic implementation of that is to have the logic gates implementing all basic operations wired up to the inputs in parallel. All of the possible elementary computations are thus performed in parallel, with the output of the actually desired one selected by a multiplexor.

In an extremely simple (chalk-board-model) CPU, a few bits of the currently executing instruction opcode are wired to that multiplexor to tell it which logic function result to use. (The other, undesired results are simply wasted)

The actual technology used to implement the computations in the ALU varies - it could be "real" logic gates, or it could be LUT's if the CPU is implemented inside an LUT-based FPGA (one very good way to understand the essentials of stored-program computing is to design a simple processor and build it in a logic simulator and perhaps then an FPGA).