I have this stepper motor with unknown back EMF / RPM. There are 200 steps/rev (i.e. 1.8deg step angle), and 8mH "phase inductance", but I'm not sure if that's enough to calculate back EMF.

I hooked up one of the parallel windings from each phase to an oscilloscope. (Specifically, red/yellow on one probe, white/orange on the other probe.)

I then manually rotated the shaft and captured the following measurement. You can see that the time between two signal peaks is ~770Hz and the voltage magnitude is ~33V.

I'm a bit confused. If the motor was hooked up in "serial" mode instead, that would result in an even "worse" (double) back EMF/RPM. 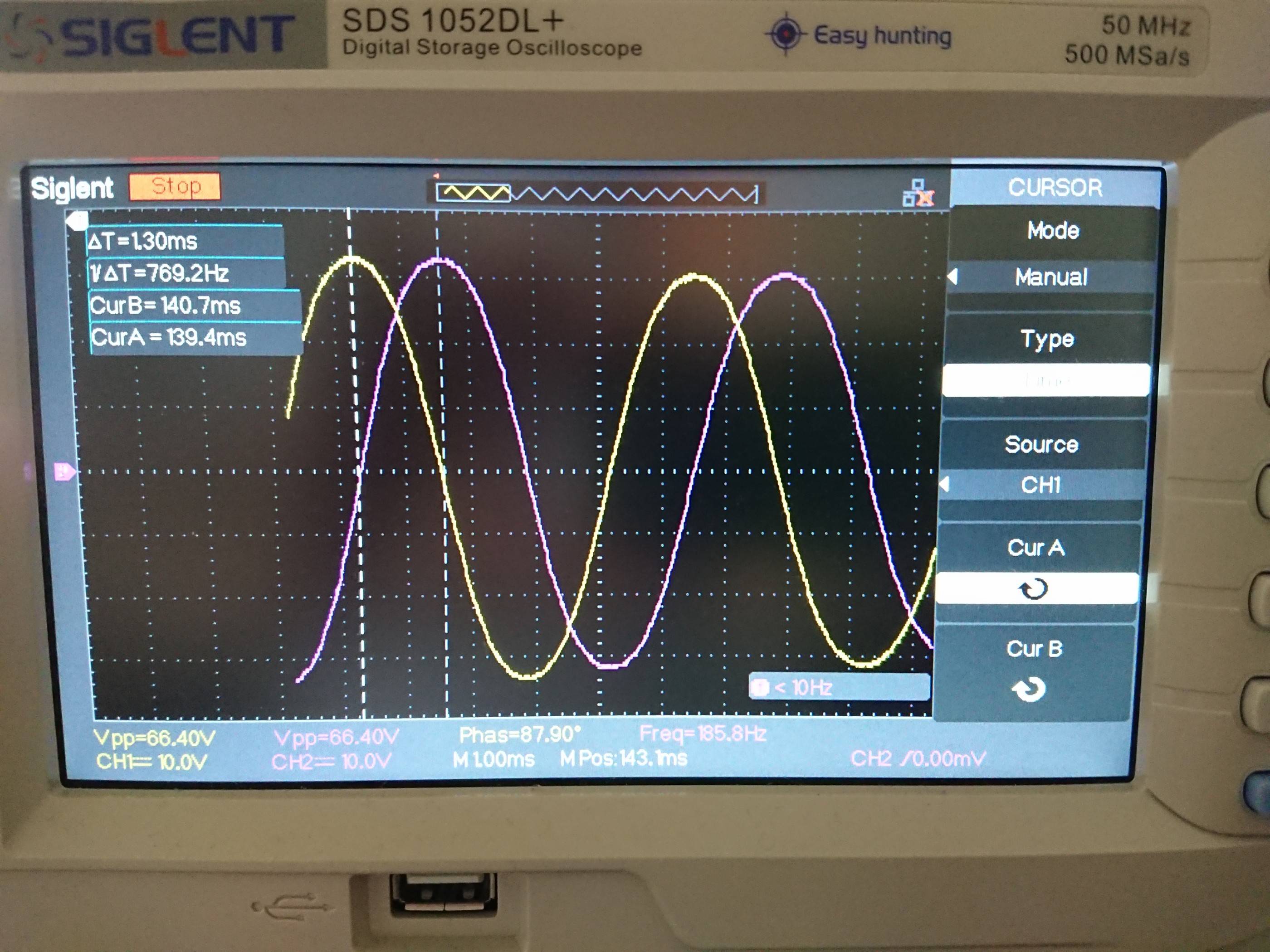 Edit: FYI, in case anyone thinks this is because there is no load attached, I applied a 22 Ohm resistor to one of the parallel winding terminals, performed a similar measurement and calculated a similar back EMF constant of 134mV/RPM (compared to 143mV/RPM earlier). So I don't think it has to do with the terminals being "open circuit" (which they technically wouldn't be anyway, since the scope probe or air has a very large but still not infinite resistance).

Edit 2: This question is similar and seems to support my back emf constant measurement method. However, that person was also encountering an unexpected value, and no satisfying answer was given.

This is a big stepper motor. The motor inductance of 8mH per phase is an indicator that is made to be used with high voltage stepper driver, like 325 VDC or 230VAC rectified, with a chopper driver, that has a current setpoint.

Have a look for similar model: Sanyo Denki 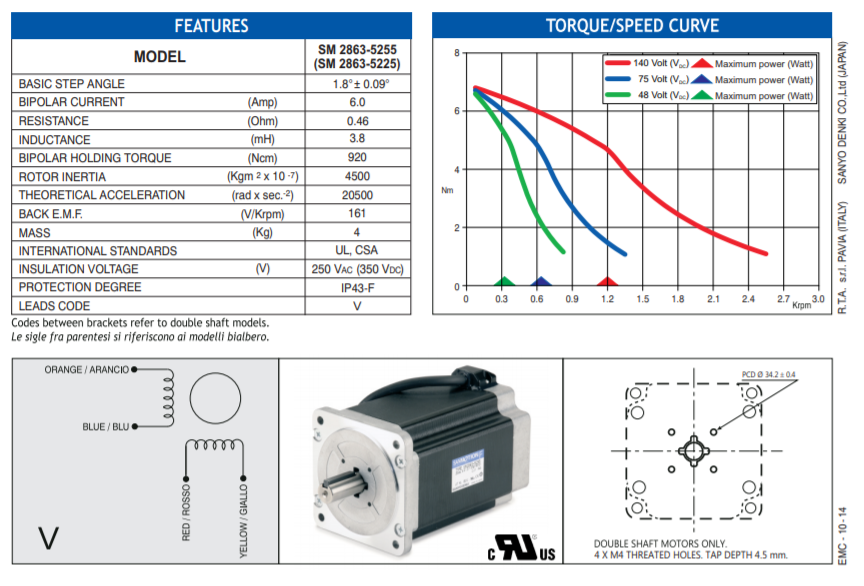 In addition to the links supplied by @suha in the answer to the question linked by @Scott Winder, as well as my own excellent answer to the same question (shameless self plug), the following Freescale paper is also worth reading as it specifically references position sensing:

In a nutshell, it comes down to counting the number of zero-crossings and measuring the timing between them. For a 3-phase BLDC motor, one phase will be high voltage, one phase will be low voltage and one phase will be off. You will know which is which because you will be providing it. You will also know how many poles the motor has. Combining this information with your measurement of when the off phase crosses the mid-point between the high and low phases (the zero crossing), you can determine speed and position.

By looking at each phase state, you can determine what your electrical angle is: 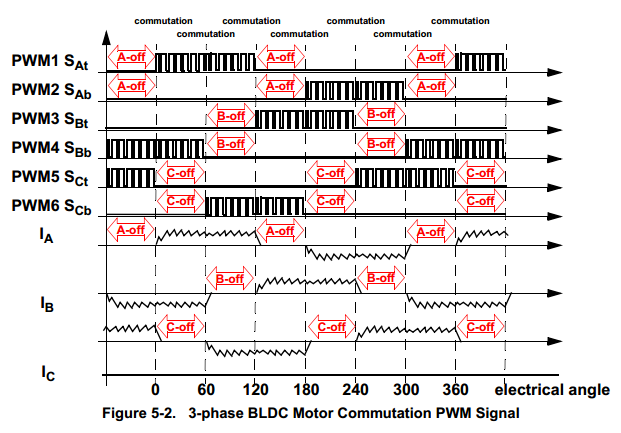 You can then convert the electrical angle to a mechanical angle by taking into account the number poles using the following equation: 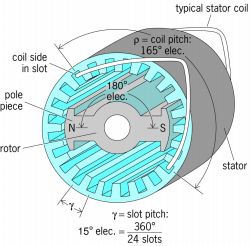 Then, by timing and counting the number of zero crossings, you can determine how long it takes to complete 360° of mechanical rotation which can then be converted into a speed in RPM.

Is the stepper too small

You don't say it, but your problem may be that you're trying to start the stepper at full speed. If so, there is a maximum speed (which varies somewhat with load) beyond which a stepper will not accelerate, and this speed is normally well below what you can reach with a gradual increase in speed. Google on "stepper motor torque curve".

The problem is that, with a 4-phase stepper such as you are using, if the shaft angle lags more than 2 step angles behind the commanded angle, the torque reverses and the motor sits and vibrates and makes horrible noises. This is not, technically speaking, a stall condition, where the shaft does not move at all.

The torque-speed curve for your motor can be found at http://www.kelinginc.net/KL34H2120-42-8AT.pdf and indicates that the motor can be run at 5000 steps/second, which suggests that your problem is your attempt at fast start.

If, on the other hand, you've already tried a slowly increasing step rate while running, then you probably do need a heftier motor. However, my calculations for a .144 hp motor at 10 rps gives about 2 Nm torque, and the linked torque curve for your stepper is about the same, so I wouldn't expect a problem. Unless, of course, you've modified your mechanical setup somehow.