I am having some problems with an active rectifier (AFE unit) that produces a 8 kHz and a 50 Hz component on my DC.

We have bult in a normal standard Low-pass filter that deals with the 8 kHz, so no problems there.

But we still have the 50 Hz problem (its a software issue in the AFE inverter itself, and therefore not easily solved fast).
Its not much, 600mA rms when charging with 50A@600VDC but apparently still enough to mess up the battery that it is charging.

The problem is that the battery that the AFE is charging can be considered a capacitive load. So the dampening effect on the low pass filter for it to take care of the 50Hz is quite much.

We solved it with putting in a standard power resistor in series before the load, so with a normal power resistor on 1 ohm we can filter the 50Hz signal also. But that is not so economical, just burning off a cupple of hundreds of watt.
So the the next step is to get a 3,2 mH inductor to create 1 ohm of resistance@50Hz and that will we test this week.

But what I am thinking about is the voltage spike from this inductor,
we have capacitors that is sitting between + and – before and after the inductor. Approx 1 mF on each side.

But am I correct in my thoughts here, that capacitors between + and – will take care of the spike?

And how do i calculate the amount of current/energy, that will go into the capacitor? 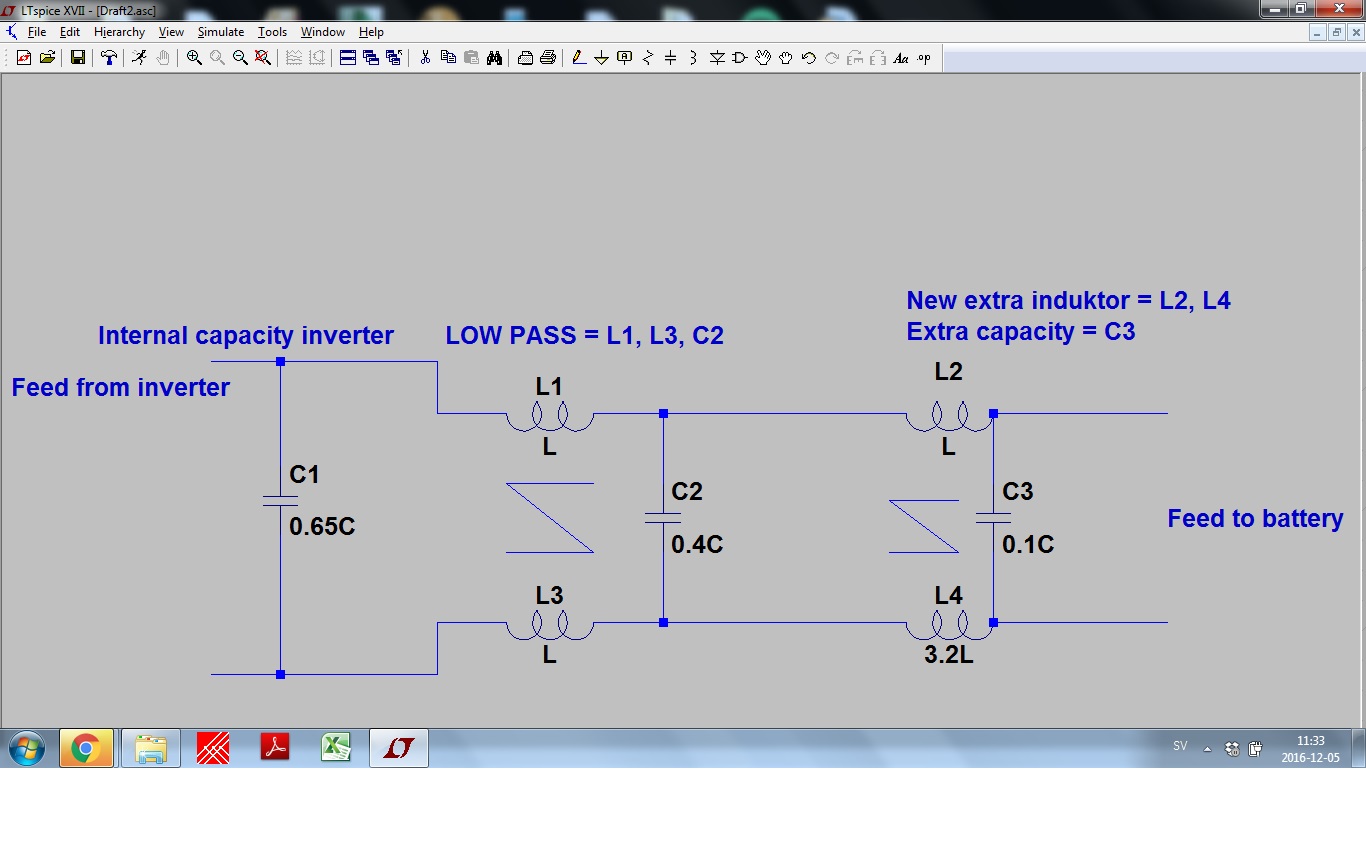 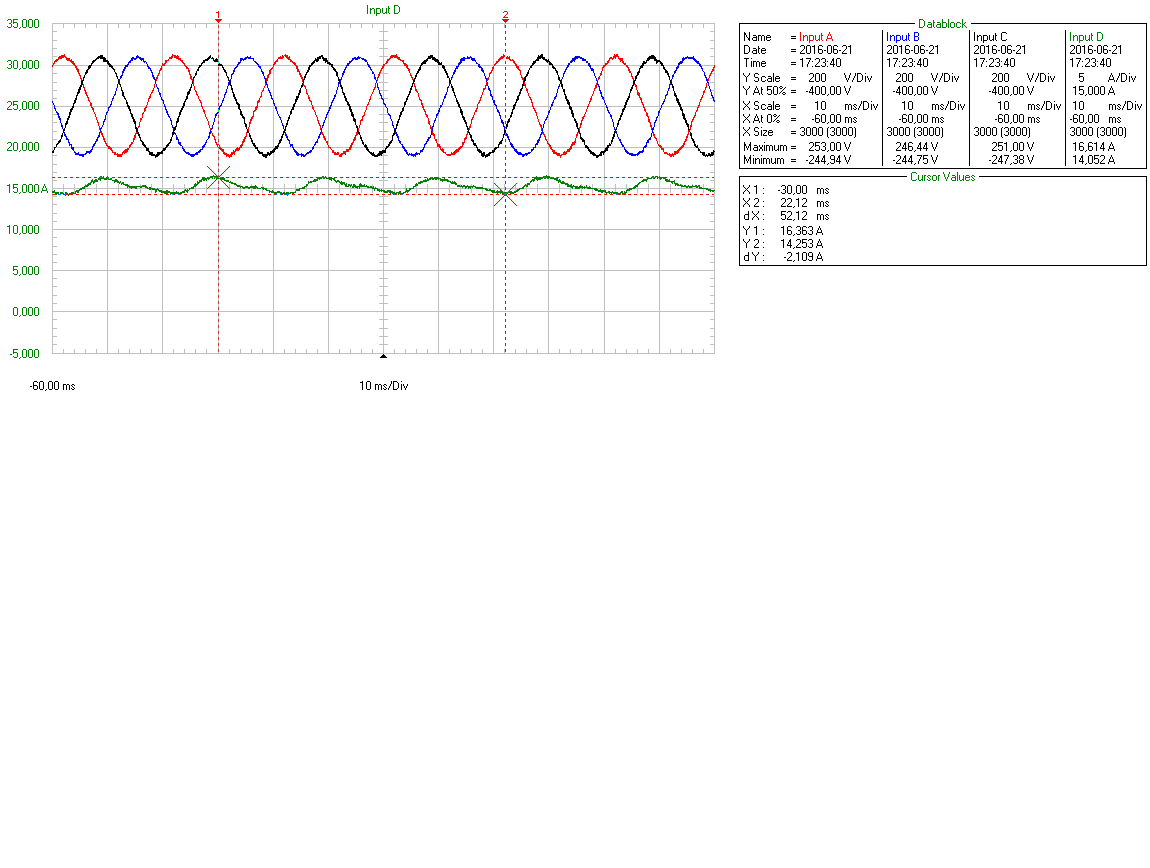 And how do i calculate the amount of current/energy, that will go into the capacitor?

So equating 4 joules to the above gives a voltage rise of 89 volts. But this is when the initial charge on the capacitor was zero.

If your capacitor is already charged to 600 volts, it already has an energy of 180 joules and 4 more joules makes 184 joules or, a final voltage of 607 volts after the inductor energy has dumped.

However, if your capacitor has an ESR (equivalent series resistance) of 0.1 ohms, the 50 A that would initially flow into the capacitor would also produce 5 volts across the ESR so the peak of 607 volts could be as high as 612 volts.

Is this value OK? Only you can say. I would also recommend you download a free spice tool (such as LTSpice) as this can help a lot and is worth the up-front learning curve for anyone in electronics.

I think the ATmega advice is pretty good. With L1 = 10uH and C1 = 100nF, the 8MHz processor frequency is down over 60dB. I added a series resistor R2 = 10Ω to reduce the resonant peak of the LC pair. It may be not necessary, though.

You appear to be talking about these two variants: -

Both are equally good but you will find that for low frequencies of cut-off (such as audio) the parallel output inductor becomes too physically big compared against a series capacitor. Just try calculating a 100 Hz filter with a 1 kohm resistor.

If you are thinking about a much lower impedance then things change; if R is now 10 ohms, L would be 16 mH and C would be 160 uF i.e. a less clear-cut differentiation.

Go do some math and look up inductors at distributors websites.

Exactly the same argument applies to low pass filters because the same components are used but the output for low-pass is taken across the "other" component: -