I am looking for a language that can declare a circuit board, and then draw it in schematic form or whatever. Can you tell me if such a thing even exists?

The common "language" people use to design circuit boards is some graphical tool like Eagle, KiCad, Altium or any of the plethora EDA packages https://en.wikipedia.org/wiki/Comparison_of_EDA_software. I am looking to create a text file instead, that will be processed and generate as output one of the EDA file formats.

For example in the world of computer cloud infrastructure, there are several declarative languages that are used to define resources and create them. HashiCorp Terraform, AWS CloudFormation, OpenStack HOT, Azure ARM Templates, and more.

For example, if I need to create a circuit that has a battery, IR receiver, IR transmitted and an Arduino. Using this language I would just define which pin of each device needs to be connected to which other pin – and the output of the language can be a graphical representation of the circuit. As-if I designed it in KiCad or some other EDA.

One example for automatic dependency resolving is Graphviz. For example using Graphviz I can create a text file where each component is listed, along with all the dependencies and it creates a graphical representation from this in some graphics format (svg, png, …).

There are a bunch (dozens) of common formats for netlists.

Netlists describe the logical connections between component pins, and are logically equivalent to a schematic (minus any notes and other information such as rules that is communicated in the schematic- many of which are actually required to create an optimal PCB from the schematic).

Drawing a good human-readable schematic is an art form. As far as I know nobody has put in the effort it would take into trying to create excellent schematics automatically. I don't see that it would be impossible - there are a number of general rules, and machine learning could suck up all the many examples (assuming it knew which ones were atrocious) and learn from them.

It's possible to create a PCB without a schematic- the schematic is just for humans to understand, but the netlist does not necessarily contain information on how to handle power connections, differential pairs, controlled impedance conductors, guard rings, shields, parts that need to be close and so on. If you've ever seen a PCB laid out by a dolt that doesn't understand electrics you will understand- 150mm (6") conductors run to a clock crystal etc. When you start laying out a PCB you usually see the parts (which have to be 'placed' ) and a rat's next of connections that represents the netlist graphically.

Generally auto-placement and schematics (I've seen a few examples of machine generated schematics) are the hardest for automation. Autorouting is useful in some cases, though humans still tend to do better, so far, with machine assistance that enforces pre-determined rules such as clearances by net, trace width by net, etc.

Electronic – Where should I mount relays on an electronic circuit board

The 833H type of relays are designed to be PCB mounted. Since they are not so large they will work well on standard 62.5 mil thick boards.

When determining where to place them relative to the other circuitry on the board you need to consider a number of factors:

1) Locate so that the relay contact terminals are near to to the connector or terminals that will be used to wire your board to the externally power switched equipment.

2) Use care to mount larger components like this near to a board mounting hole to provide stability and lower the amount of board flexure the the product is deployed into service.

3) Since you will be switching a high voltage it is necessary that you layout the board in a manner to provide proper spacing and isolation between any pins / pads / traces of the high voltage part of the circuit and the the low voltage portion.

4) Consideration also needs to be made as to how the board will be mounted so that high voltage nodes on the the board are not accessible to a user when the unit is placed into use. This may require a special case, insulation layers or shields around the relay area of the board.

Electronic – GND in a DC circuit with circuit board 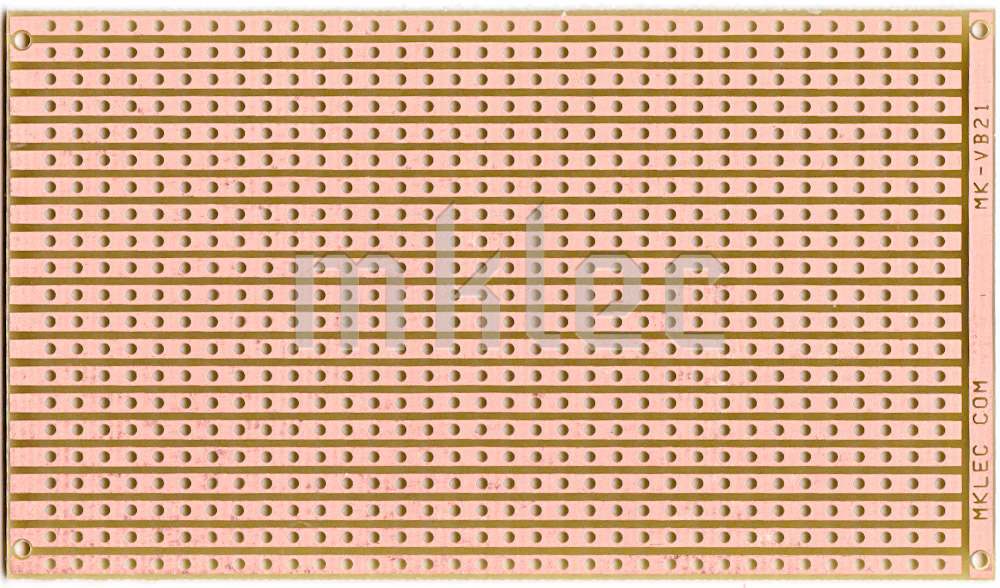 So I would layout the components such that all the pin connected to ground use one strip. Also Circuit 1) and Circuit 2) are both the same with respect to GND.

I suggest that you look at fritzing. They have tools that will help you layout the board on CAD before you start soildering. Below are some links that might be of interest to you.