As a follow up to this question I decided that it is time to see how should I utilize failed LED bulbs. There're 5 of them now, however in different condition – one does not start at all, some start flickering 15 times per second, others start flickering 2 times per second. But those flickering, in a minute or two, eventually start lighting continuously. Obviously the issue was overheating, and as people responding to above mentioned question proposed, the cause is dried up caps, however I did not have a chance to test it so far.

Now background. My chandelier has 5 lamps, each looking down without the ventilation holes in their bodies, thus the heat produced by the bulbs is having issues getting out (the cause of the bulb failures I guess). As I have 5 bulbs now, I can try converting whole chandelier to something else than bulbs powered by the power from the mains.

What I want to do. The bulbs are having LED and this board in their assembly. I can not find suitable 2.2 uF/400 V caps to fit into the board (original ones are 6×12 size, and I suspect they are fake because all caps of this specification start with 8×12) and into inside the body of the bulb, thus I have an idea to remove this board out of the bulbs, and put these boards into the location of chandelier where AC wiring is done, and wire lamp sockets with output of these boards rather than mains AC.

However I see several potential issues here, but can not evaluate them.

Update: I caught another issue with my design. Buck converters used in the Gauss LED bulbs I used output 85 V with no load condition – in my case when bulb with LEDs is removed from the socket – and output capacitor rated 50 V heats up and will most probably explode.

Thus I either find a way to limit voltage with no load to ~40 V, or scrap my design completely 🙂

Update: here're results of the project

Board from the bottom, power routing 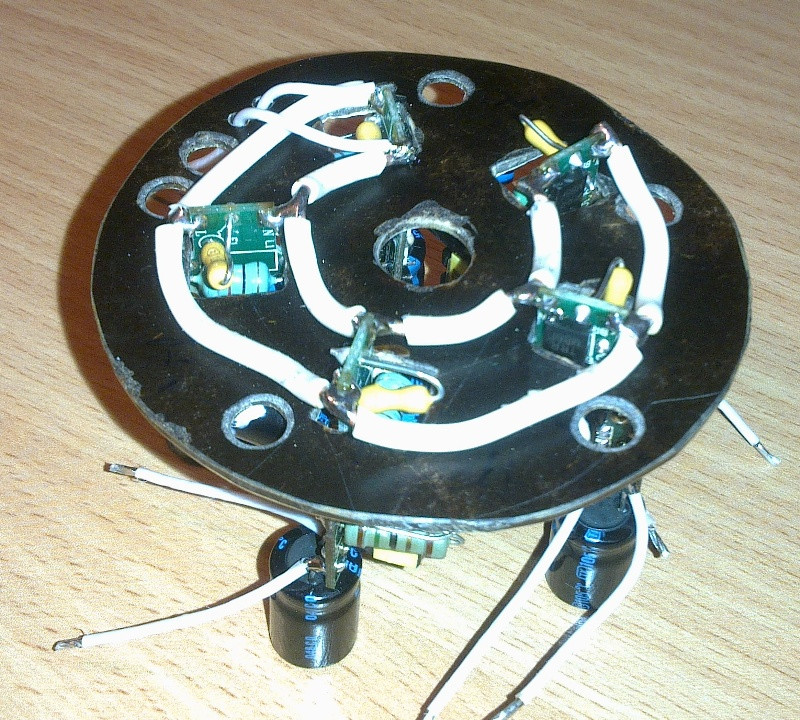 Board from the top 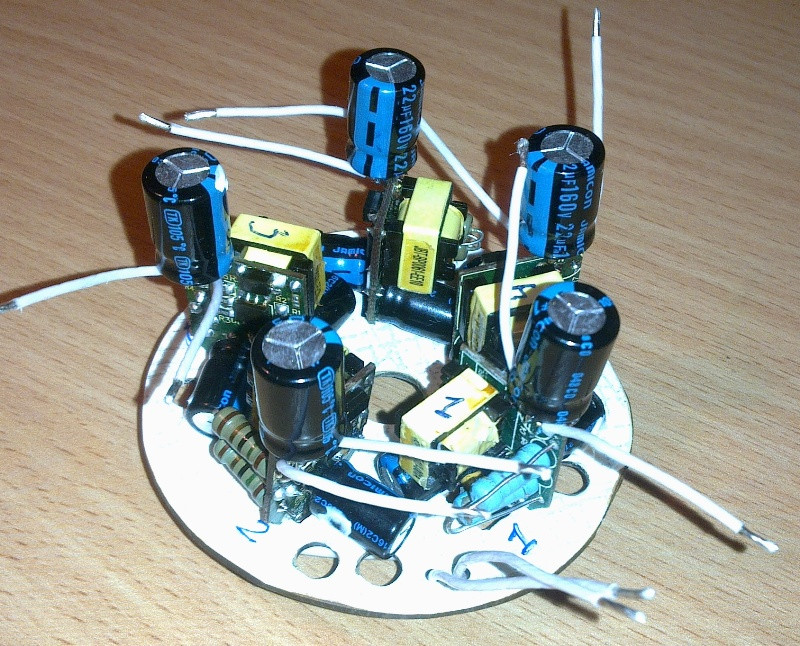 And within chandelier assembly 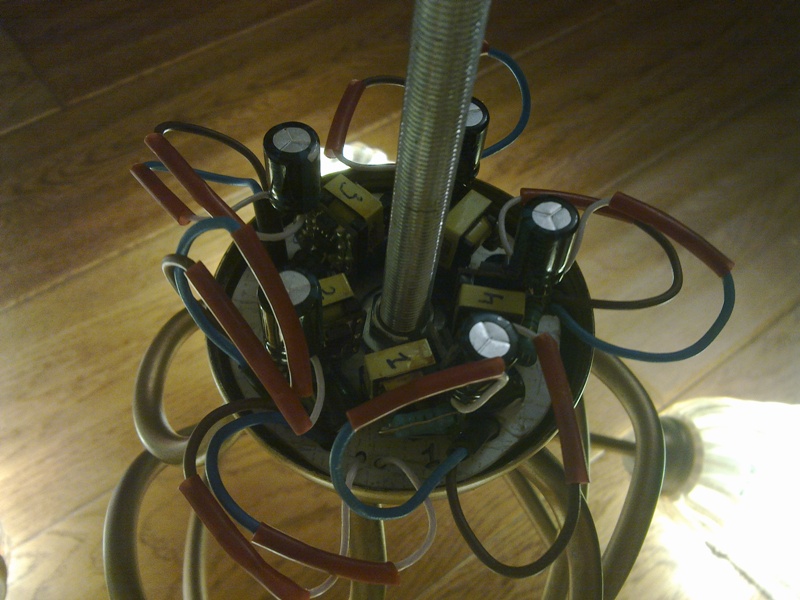 Bulbs (with LEDs only) are still heating, but I would say they are ~80 C. Central hub heats a little, but still can be touched by the hand.

The design still needs to be tested for durability though.

Electrical – LED bulb can not start properly (BP2832 based)

A reasonable guess is that the electrolytic capacitors have dried out a bit and the increased ESR (Equivalent Series Resistance) is causing some instability.

The circuit is very compact and does not look particularly efficient, so the parts probably are running rather hot. The lifetime of an electrolytic cap at full rated temperature is only a few thousand hours (2000 for a low cost type).

If you have an ESR meter, try removing the caps and testing them. Look up comparable size and voltage/capacitance rating parts and compare measured ESR to the specs. Incidentally, I suspect your value is incorrect on the 50V capacitor, since the size is similar to that of the 400V parts it is probably much higher in value. 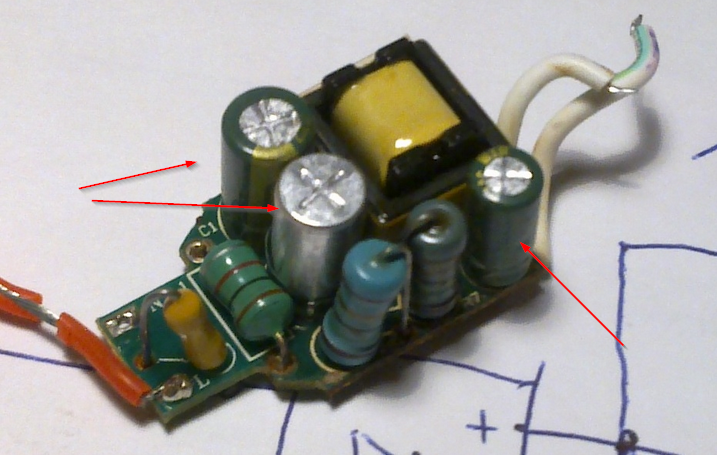 Unless your FETs are IR DirectFETs (with metal tops) then what you propose amounts to sticking the plastic top of the FET onto the heatsink... and a thick plastic package has quite high thermal resistance.

It's better than nothing, but, well...

The way this is usually done is:

However if you got thru-hole parts with pins sticking through the board, and you don't want them to poke into the heatsink, then your gap filler is gonna be thick (unless the heat sink only covers a small part of the board) and these materials, while much better than air or plastic, still have abysmal thermal resistance compared to metal...

Also you'll need to clamp the board with an aluminium profile or something. Trying to squeeze your thermal interface material using just four screws in the corners of the board would bend it and crack your ceramic caps.

If you have airflow on top layer, you can also use some SMD heat sinks.

You won't get thermal characteristics on par with a TO220 onto a heatsink, but depending on your dissipation, it could work.

Heatsinks at the back: