So i've searched around the site, and there have been some questions about Capacitor shelf life and it being a somewhat sensitive components.

But are there any other "Lower" life components that someone would need to be aware of (Both Shelf life and "In Use" life, or whatever you would call that).

I figure Capacitors would be sensitive and relays (since they have moving parts) but what else?
and wouldn't a ceramic capacitor generally last longer than a Electrolytic?

-Also as an Add-on, is there a site listing or something with a "Average" lifespan of the most common components (Resistors/LEDS/Caps/etc)?

Electrolytic capacitors are probably the most common short life component. Some are only rated for 2000 hours or less, which really isn't much for many devices. However, their life can be significantly extended by running them below max voltage and temperature.

LEDs are another component that wears out with time. Again running below max rated current will extend life. For good LED life getting it from one of the few major manufacturers, and making sure there's no cheating in the supply chain, is important.

Photovoltaic cells also degrade with age and use.

The cathode coating of vaccuum tubes wears out. As a result, the work function goes up and more anode voltage is required to get the same current.

The fillament of a incadescent bulb keeps shedding atoms, and eventually wears thin and breaks. Fillament life is inversely proportional to something like the 12th power of the applied voltage (it may not be exactly 12, but it is quite surprisingly high if you haven't thought about it before).

Metal oxide varistors (MOVs) wear out a little every time they absorb energy.

Then of course there are batteries, fuses, and the like which are intended for limited operation, but that's not what were talking about here.

Most other components don't really wear out with use as long as their specs are not violated. Plastic will eventually degrade, silicon dopants will diffuse, etc, but these are such slow processes to be irrelvant in normal settings.

This is due primarily to internal corrosion of the lead frames and the electrodes, short circuits cause the sulfation of the lead. This causes sulfation, that makes the PbSO4 crystals merge into ever larger networks. This reduces the electrochemical active surface of the PbSO4. Due to the now smaller surface, the PbS04 cannot be "come off" that good , as it could before. So it takes very long until a sufficiently high concentration of Pb2+ is present. In addition, the electrical conductivity of the sulfate is lower than that of lead. The resulting increased Internal resistance of the load cell leads to increased voltage drop. Give that process enough time and your at the point where you wont have any cell voltage at all.

I hope this helped you.

P.S.: i didnt know a good word for "ablösen" in english, since unsolder is not the one i was looking for and peel of is not the right term. but i think youll still get it.

This answer is based in part on my personal experiences in building solar powered LED lighting in China over the last 4 years. You learn a few things along the way :-).

The actual lifespan, properly operated, depends critically on the manufacturer.

The "big 5" (or 6) and their licensees can make long life LEDs. Vanishingly few others manage.

Up to 10% over rating may not make a vast difference but it will definitely be a measurable difference. eg 800 for your 750 mA part is about 6.5% over. 850 mA is 13%+. The differences between the two will be noticeable.

LEDs of another age could often withstand pulsing at immense current ratios as long as mean power was limited. Modern "phosphor LEDs" often have I_abs_max very little more than I_optg_max.

Die temperature and absolute current level both impact lifetime wholly independently. (Many people are unaware of this an seem to think that temperature is what matters and that current is only a "proxy" for temperature.

Note that using a manufacturer's die may NOT mean you get all the advantages. eg many makers say "Cree chip inside" BUT they can do things that reduce lifetime. Lead frames, epoxies, mounting stresses, ... all have effects. 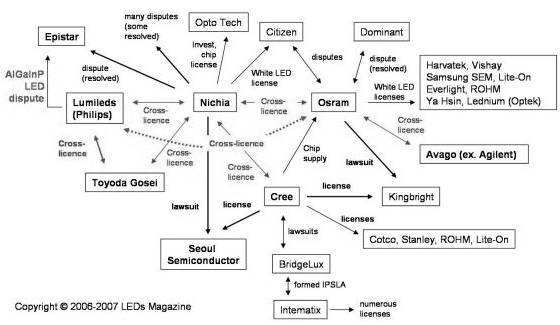 This Future lighting solutions page may be useful. Luxeon features in the fine print

Lumileds do a very nice lifetime versus various parameters document with good discussion. I can dig a coy up in due course if you don't find it by web or site search first.