The problem is that on one of the boards (I have two of this revision) the LSE oscillator won't start until I touch it with a scope probe (10x setting, 10M, 16pF). After that touch with the probe, it stabilizes in a second or two and seems to work correctly until I unplug the board.

I've tried cleaning the board with iso alcohol, thinking flux residue might cause this.

I use short traces and ground underneath the oscillator. 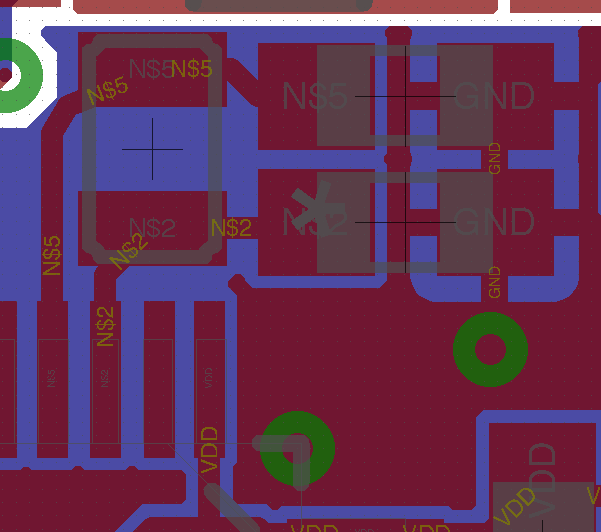 It was a problem with the no-clean flux. After two days the remaining flux residue evaporated and now it's fine on all boards.