What I think I can do is this:

Does this look correct? I ordered the parts and waiting for them to arrive.
I am asking becouse I could not find any constant current schematic for this regulator. I am mainly worried about the ADJ pin. Is it really referenced to GND (I think this is the case,) or is it referenced to Vout?

Part 1 - before OP edited the question

This answer was given before the OP changed his mind and added a lamp in series with the input supply to the regulator.

I ordered the parts and waiting for them to arrive.

Did you order a sizable heatsink for the excessive power dissipation of ~45 watts?

With 1.24 volts at the output, the device will drop 12 volts minus 1.24 volts between input and output. That's 10.76 volts. Given that you are using a load resistor that takes 4 amps, that current also flows through the regulator hence, the power dissipated in the regulator is: -

There will also be about 100 mA flowing into the ground pin and that means another 1.2 watts of power dissipation.

Given that the device has a thermal impedance to case of 2 °C/watt and a maximum junction temperature of 125 °C, you need to be looking at a pretty substantial heatsink. At a local ambient temperature of (say) 25 °C and an "infinite heatsink", 45 watts will raise the internal junction to about 115 °C. Hence you might have to find a heatsink that has really good thermal characteristics to avoid exceeding the 125 °C junction temperature.

I estimate that the thermal resistance of your heatsink needs to be less than 0.22 °C per watt from the case mount point to an external ambient temperature of 25 °C maximum. Then you have the problem of keeping the local ambient at no more than 25 °C. Given that the heat dissipated will likely cause a localized rise in ambient, I think you will need some forced air cooling to make this work without meltdown.

Part 2 - after the OP edited the question

Now that the 2.5 Ω lamp has been added, it's clear that there is another problem; 2.5 Ω and 4 amps requires 10 volts leaving 2 volts at the regulator input. Given that the enable input needs to be guaranteed to be above 2.4 volts to activate the device, there is that to fix.

Personally speaking, and having looked through the data sheet, I don't think this device will operate at such a low input voltage (irrespective of the enable input problem) when trying to deliver 4 amps to the output. The data sheet isn't all that clear. But, what can be gleaned are these things: - 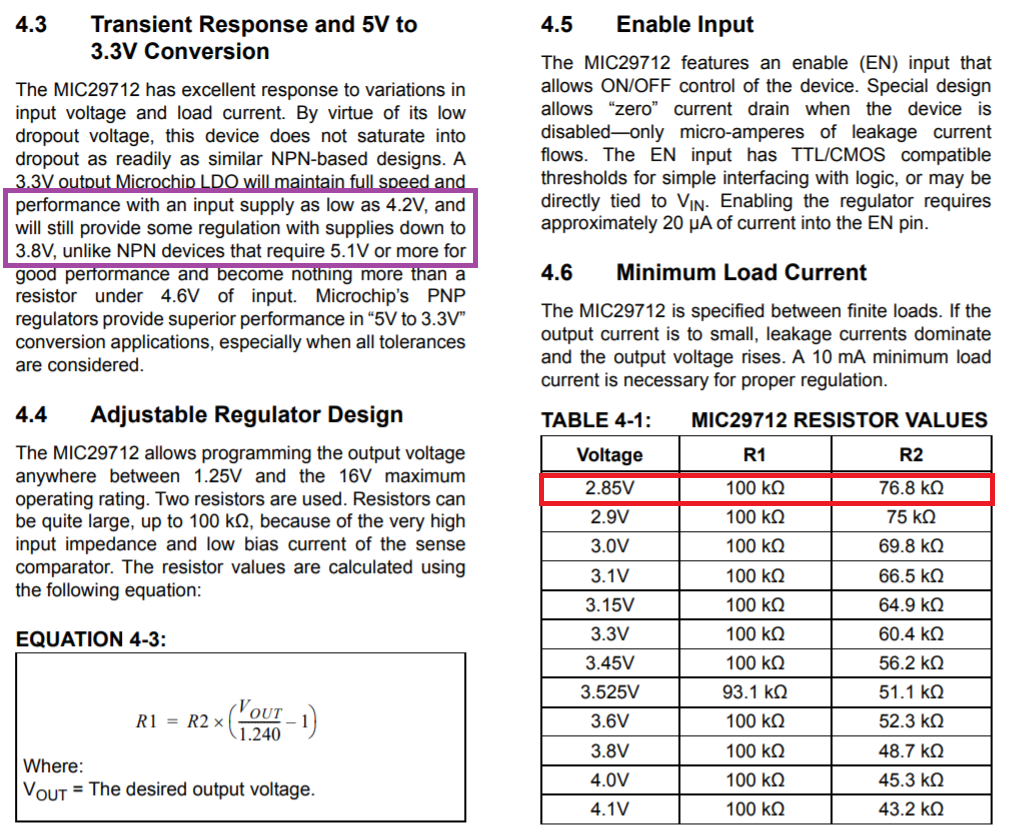 But, there's also the problem of running the lamp at say 2 amps (should the objective be to control the lamp's brightness). With 2 amps through the lamp, the voltage seen at the input to the regulator will be at least 7 volts (and may be a volt more due to the non-linear filament resistance seen in incandescent lamps).

Now, the power dissipation in the regulator will be about 7 volts x 2 amps = 14 watts. This power and an infinite heatsink will be fine but, not using a heatsink means that the device's thermal resistance of 2 °C / watt will raise the junction temperature to 53 °C (at an ambient of 25 °C) and that will surely cause the local ambient to rise until eventually the junction hits 125 °C. In other words, you are still probably going to need a heatsink or small fan to keep localized ambient to reasonable values.