Working on a mid-80's engine control unit, I have spent the better part of two days finding datasheets/pinouts for two mystery chips. I originally thought they were 4000 series logic chips, but no such numbers exist.

The unit is from a gen and appears to be a Ford EEC-IV controlling throttle body injection, on an accessory board labeled "FBC", for "Feedback Carburetor"

The were apparently made by Signetics (now NXP) – due to the S on the chip.
However, I cannot find any datasheet for either the 4501 or 4514 part: 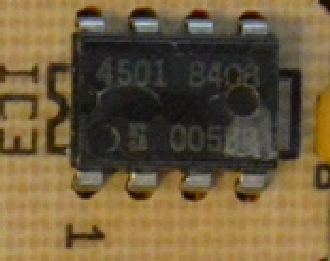 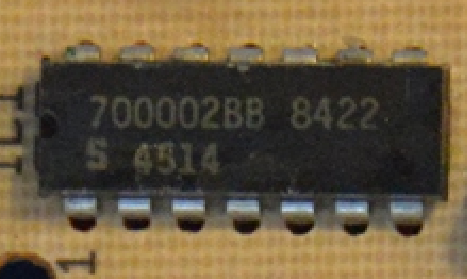 The full markings are:

I was able to determine that:

For what it's worth, here are schematics I drew of the periphery around them: 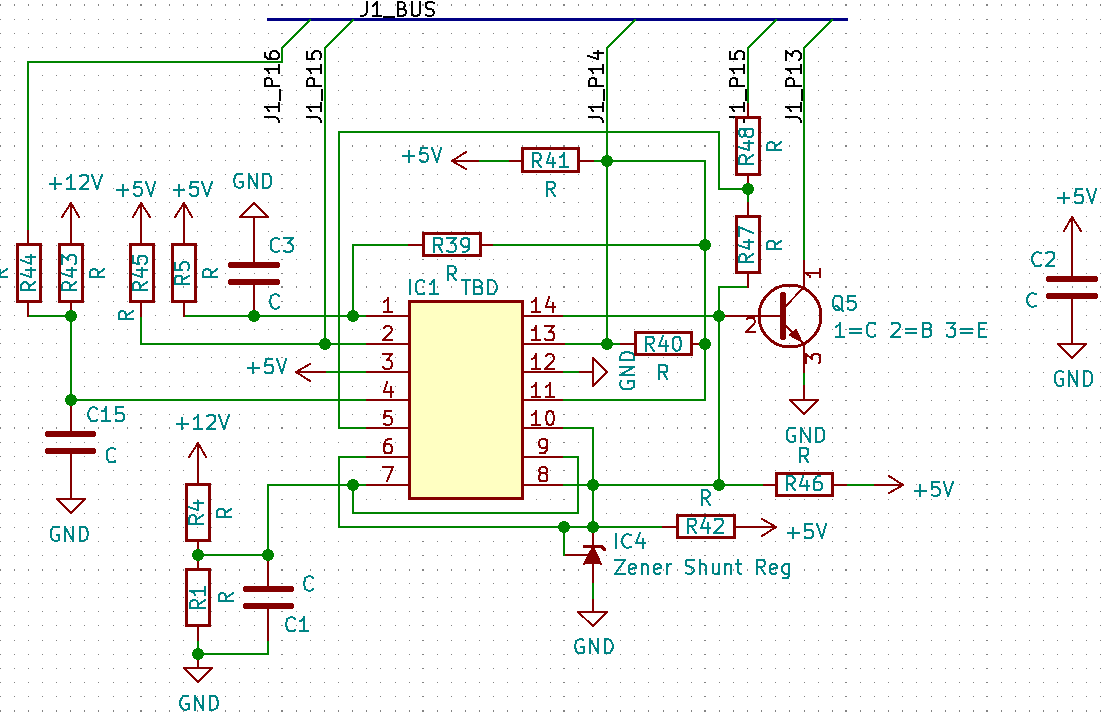 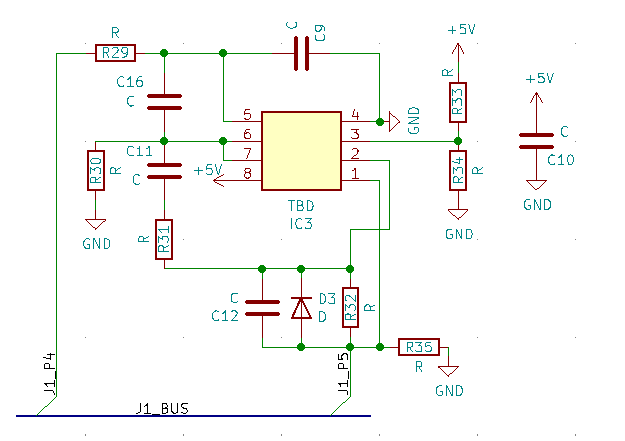 Any hints, however silly, are appreciated!

UPDATE After getting my hands on some high resolution images of other boards, some of them have:

It appears that this is the "true" model number of an ASIC possibly. I have not found any cross mappings of internal part numbers to real part numbers as for the other board yet.

I believe to have identified the chips by elimination based to supply voltages, VCC and GND pins.

I have redrawn and simplified the schematics while hopefully making no mistakes and the circuits seem to become more understandable and sensible: 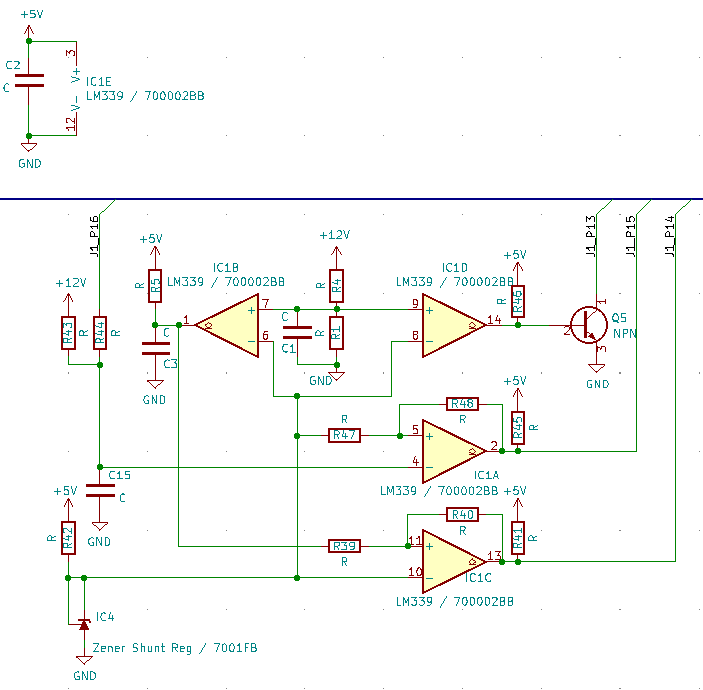 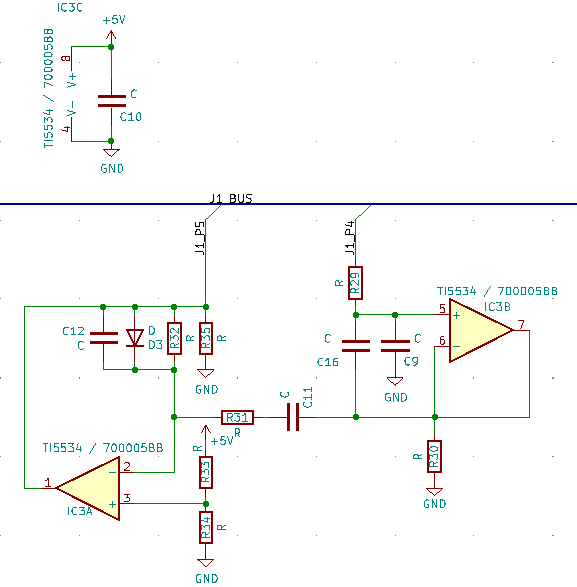 For now, I won't accept it as answer, but wanted to provide it as potential answer. Should anything change about my assumptions, I will update the post.

That logo definitely is the GigaDevice logo.

It might be a custom chip built by Gennum/Semtech. The numers on the chip seem to correspond to those of HD-SDI cable drivers they make (e.g. the GS1678), in particular 0002E3 should be batch number 0002 (this very low batch number and the absence of an identifiable part name make me think of a custom chip), E3 on their packages is meaning RoHS compatible, and 1352 should mean that it has been manufactured on week 52 (end of December) of 2013.

The chip looks very similar to their GS1678 HD-SDI cable driver it has the same QFN16 package, and the pins seem to be used for similar/identical purposes: 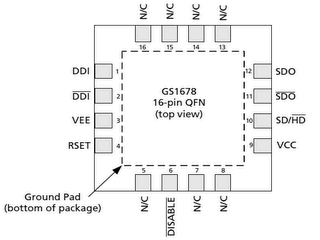 In particular, you can notice that pins 9 (VCC) and 6 (DISABLE*) are connected together, which perfectly makes sense, and RSET (pin 4) is connected as required to a resistor (possibly going to VCC through the via). The top four pins are not connected (except maybe pin 16? not sure from the image where the track nearby is going), the DDI pins (1/2) have two ceramic capacitors nearby as expected per datasheet, and the output signal (going to the BNC through the matching network) seems to come out from SDO (pin 12) as it should.