What is Offset null in 1st and 5th pin in IC 741 (Op-Amp)? Why it is used, though it is not used in many circuits? Give me explanation regarding the offset null!
Why offset voltage was formed in IC 741? 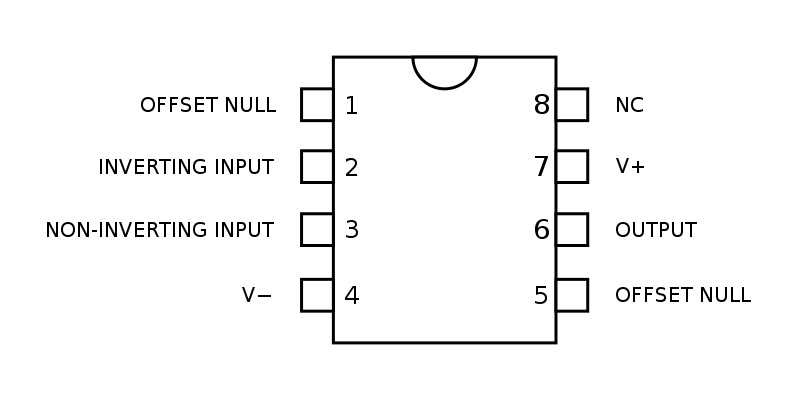 The datasheet gives an example. 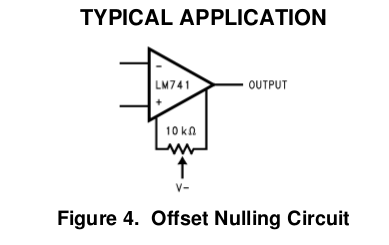 By adjusting the pot we can null any offset error. An offset error is when the inputs are exactly equal but the output isn't exactly zero. This error is also characterized by the datasheet:

It can be safely ignored in AC applications, where this offset will be ignored by the AC coupling. It becomes more important in DC applications, especially amplifiers, since this DC error will be amplified by the next stage.

This offset voltage exists because a real omp-amp can't be ideal. There will always be some unintended asymmetries between due to random variation in manufacturing. In all cases, there are op-amp designs that can minimize these errors, but usually at the expense of some other parameter, like cost.

Electronic – Using the offset NULL on an omp amp

TL081 is not a particularly good choice for low DC voltages (it's better for AC coupled designs). Precision op-amps have offset voltages in the 10's of microvolts or lower, and there are even auto-zero op-amps that have negligible offset voltage, an drifts in the tens of nV/°C (at some significant cost in other characteristics). It's also quite noisy (25nV/\$ \sqrt{Hz}\$), but at least has a typical flicker noise corner frequency in the 1Hz range. Aside from high input Z, it has basically one really nice advantage, it's really cheap, and widely available, which is why I've actually designed such a 37-year-old op-amp into a new product recently.

You can certainly null the offset voltage of your TL081 out using a trimpot as shown on the datasheet, but it won't stay that well nulled for long. A 10°C change will typically change the offset voltage by 100uV, and about one out of every two will be worse (there's no guarantee how much worse, but a guess would be most are better than +/-30uV/°C). An OPA209 is going to be roughly an order of magnitude better.

There are probably going to be better (and many worse) choices for any given application, all things considered. It's amazing what performance you can get for a a few dollars, so it's worth looking around rather than trying to make a silk purse of a sow's ear.

Just to give you an idea of the kind of (in) accuracy you could get, consider that the gain of the TL081 is only guaranteed to be >15,000, so a gain of 1000 amplifier could have a gain error in the 6% range even without the input offset error (which would be very temperature dependent, and has a -3dB corner of something like 20Hz. Cascading two \$\sqrt {1000}\$ gain amplifiers would help with that (null only the first one).

** Instrumentation type specification- it means the output could be as much as +/- 100mV from the ideal value with any input, so a 1mV input could give you 900mV or 1100mV.

*** "Typically" means that one chip might be okay, and the next might not meet the requirements. Guaranteed value is probably 10 times worse.

The solution set is in error.

To see this, simply insert a series voltage source in either input of the op-amp and determine the resulting output voltage- the magnitude will be as Chaudary says.

The sign of the result is somewhat arbitrary but normally a positive offset is assumed to be driving the amplifier positive at the output, so I would say the sign of the solution set answer is also incorrect.