I'm trying to find a way of building a new power supply for my workshop, in order to keep it small and not so hot I will be using a spare xformer to step down mains to 24v and then a variable buck converter to adjust it (and CC mode, displays and blinky stuff).

I thought it would be a good idea to use a linear regulator on the output stage to smooth things out, but I can't seem to think of a control scheme that allows me to change the voltage using only one potentiometer. The buck stage is this topology but with a external PNP transistor.(It has already been prototyped, it works alright, I know the mc34063A is old) 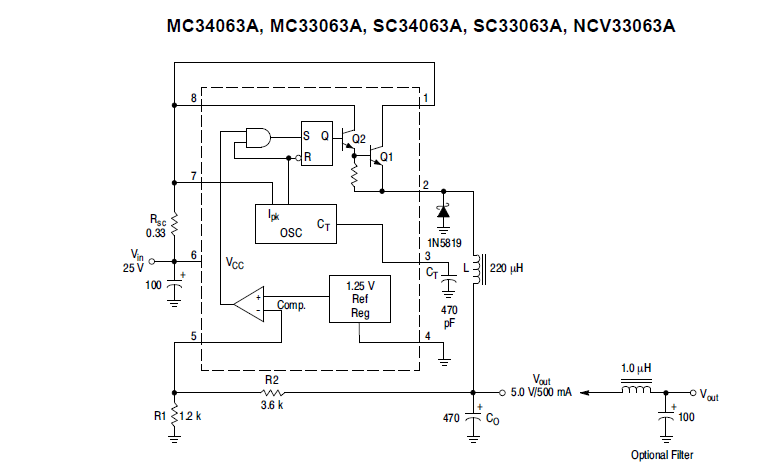 The only idea I got that ""works"" is using the buck converter output as a reference for a linear regulator (IC or discrete parts), but using a SMPS output as reference for anything is a bad idea, due to the amount of noise and fluctuations. 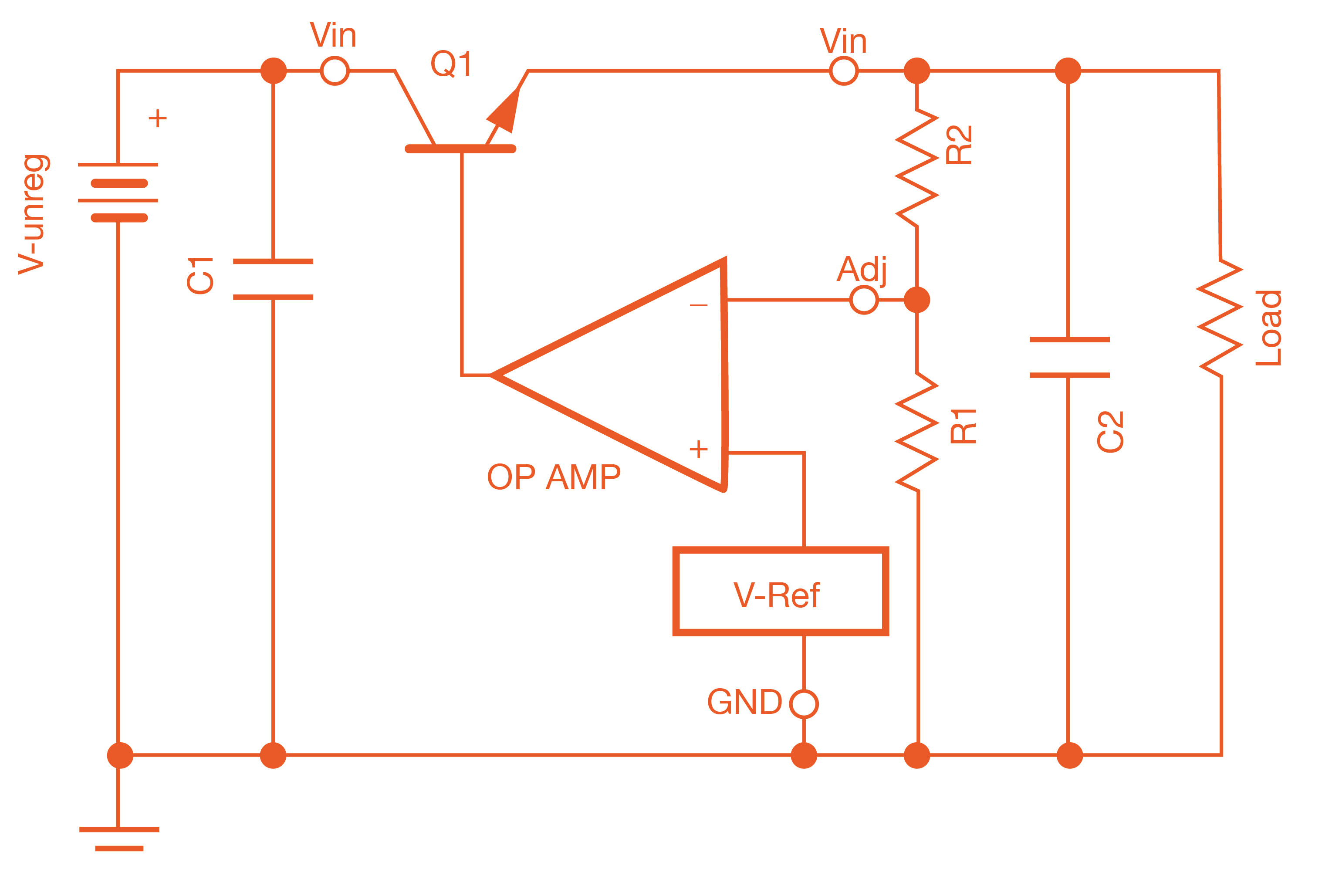 This is the sort of output stage I can and have built (or bought) over time. Just a big discrete regulator.

In short: How to control a MC34063A step down (buck) converter so it follows the output stage +1-3 V of headroom.

You have a "floating" voltage (the delta across your post-regulator) that you want to convert into a ground-referenced voltage to use as feedback for your pre-regulator.

One way to do this is using a current mirror. 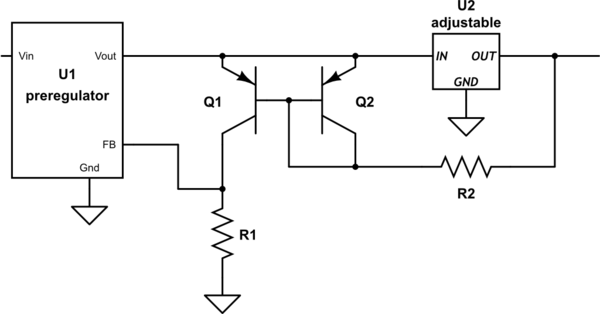 The general idea is that whatever voltage you have from IN to OUT on U2 will cause a certain amount of current to flow through Q2. Q1 will create a copy of this same current, and if R1 has the same value as R2, you'll get the same voltage drop across it.

Turns out that since it is a switching regulator, it switches OFF completely when the output voltage is more than what it is designed for which is exactly what I don't want. I have shifted my design to MC34166 which is a PWM controlled DC-DC converter and everything seems to be working fine. I am getting an output voltage ripple of 10-15 mV peak to peak @ 5 V o/p and no such 10 Hz ripple.

Electronic – How to achieve the max efficiency from a Buck converter

TI's got a tool, named WEBENCH which can make a lot of charts and calcualtions for you. Here is its output with your parameters in pdf.

Let me highlight the one about the efficiency. The simulations shows that this IC has a better efficiency when Vin is 20V, but this difference is not that much. 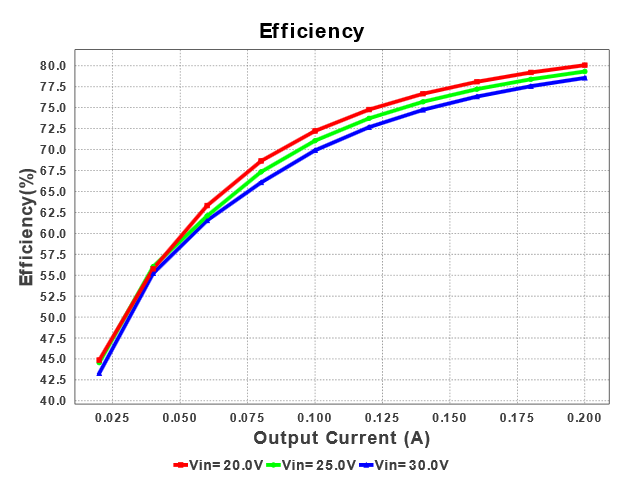 It is not just the Vin that matters, if you change the supplied current from 200mA to 3A a different efficiency chart will be shown. In this case the Vin = 30V is the better choice. 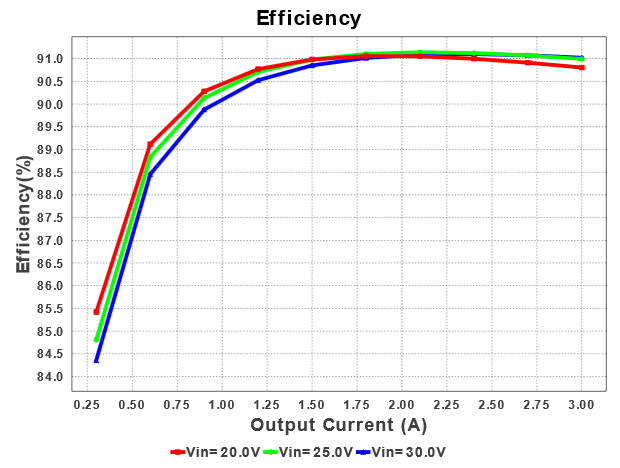 Usually, there are similar charts in the datasheets if tools like this are not available.

If you only need 200mA, you should choose converter which is capable of, let's say 300mA maximum current rather than 3A, efficiency is better near the max current. Another converter, which can drive max 300mA, LMR14203's efficiency chart: 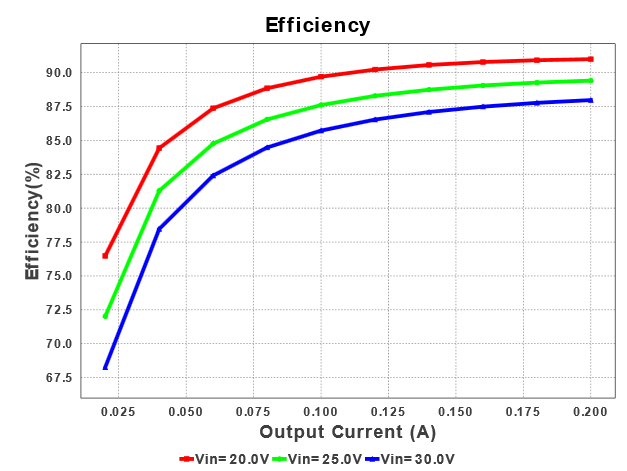