I've been for quite some time now, trying to create a precise full-wave rectification of a signal coming from a CT sensor SCT-013-030. 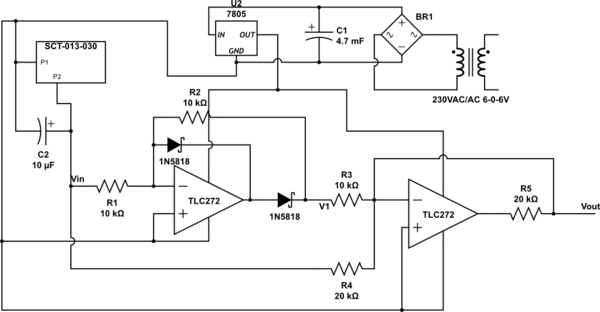 Now, actually the 7805 voltage regulator is also providing regulated power supply to the remaining of the circuit, which is basically a XBee that's activating a given relay. If you feel it's required I'll update the post.

I first started by doing only a half-wave rectification. So I hadn't even the second op-amp in place, and the following was being displayed in the scope: 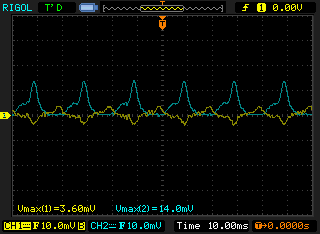 Basically the yellow waveform is Vin, blue waveform is V1. I must say that, considering the resistors (the same 10K at 1%), I can't actually understand that voltage boost.

When I try to apply the Full-wave rectification I get this: 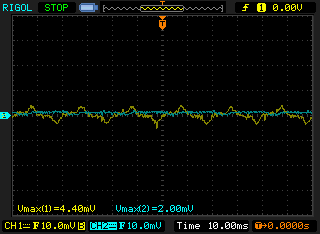 Here's a zoomed screenshot of the last scope image: 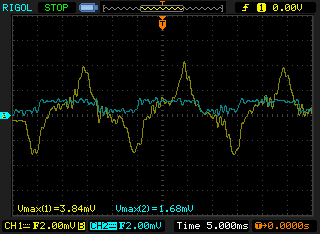 I would probably say that I must first understand why am I getting such a boosted voltage on the output, while doing only a half-wave rectification.

The input signal is around 50hz. Another thing is that the bridge rectifier is actually a 4 diodes set up.

So, after compiling all the great comments and answers I tried to implement all the suggestions. And I must say that I'm rather confused.

Here's the current circuit. Note that I left out the AC/DC conversion to simplify: 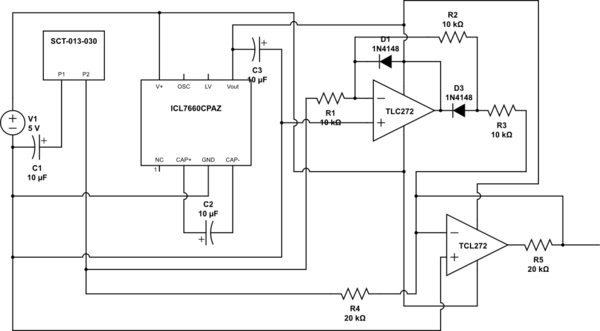 As a first approach I decided to do the full rectification, but without the dual power supply. For visibility purposes I've increased the power being used on the power cord being measured: 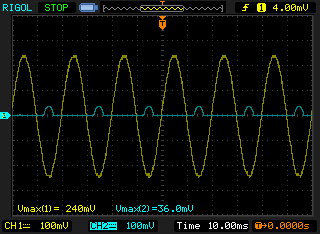 Afterward I've implemented the dual power supply making use of a inverting regulator ICL7660CPAZ, I got the following: 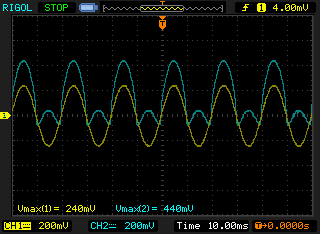 And last by not least I've disconnected whatever was attached to the power cord, and got this funky wave form: 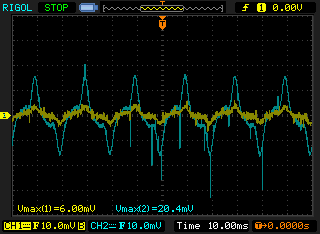 So, I have to conclude that the problem is with my implementation of the precise full-wave rectifier. Even if the schematics that I'm presenting here, make sense, I'm problably not implementing it correctly.

So, bare it with me… but I feel compelled to post my breadboard image, because sincerely I'm out of ideas… the next step is to buy a different op-amp… 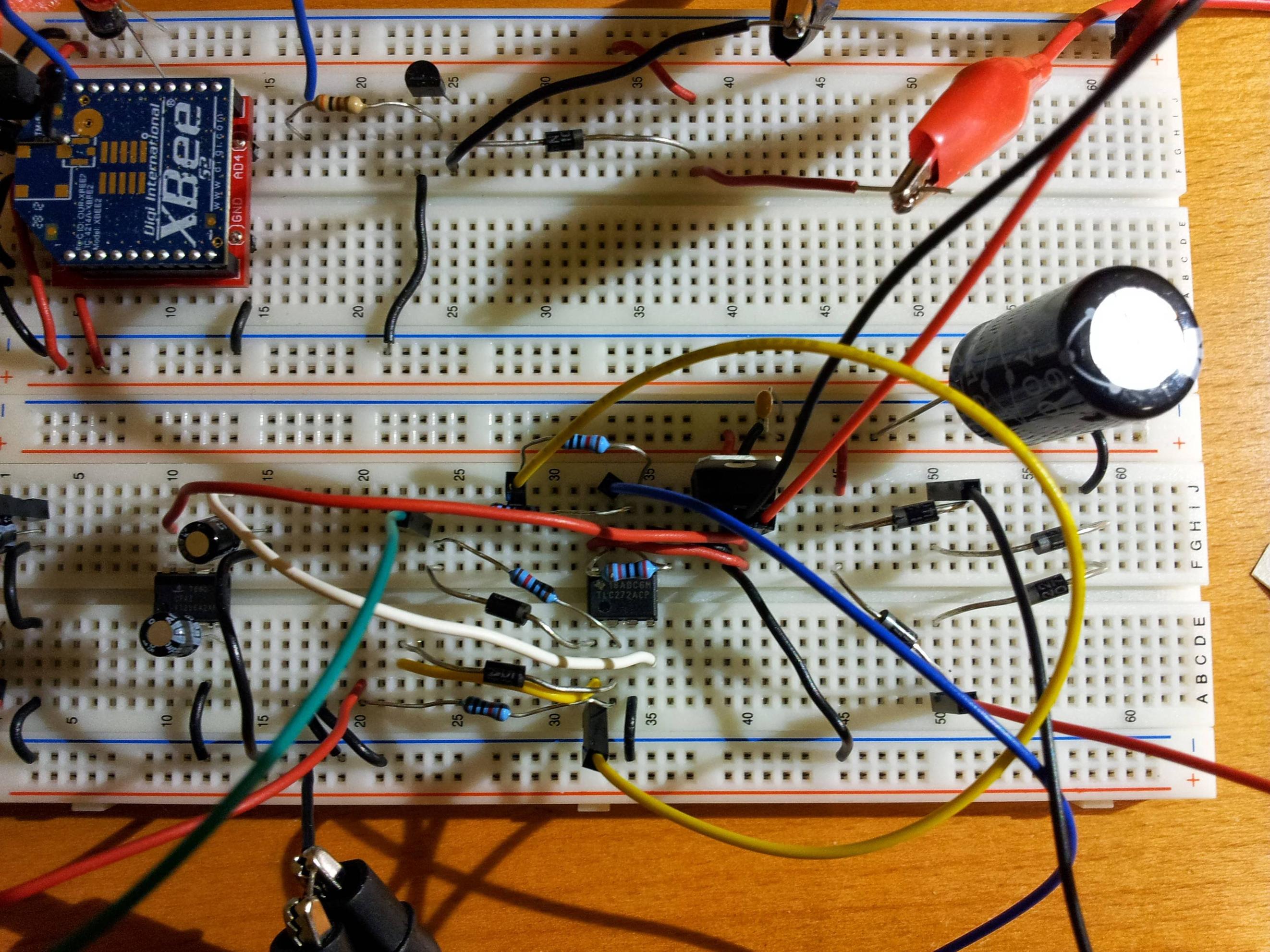 Below is a schematic from Elliott Sound Products, of a full-wave precision rectifier:

First, note the orientation of the diodes which differ from your circuit. In this circuit, the output of the 1st op-amp is negative during the input positive half-cycle and zero during the negative half-cycle.

Second, and once again, note that the 1st op-amp produces a negative voltage. But, in your circuit, that's impossible. The op-amp output can only be positive.

If you insist on using a single supply, you could bias the input signal and non-inverting inputs at one-half the supply voltage and then remove the output voltage offset via capacitive coupling.

It looks like your output is only going about 4mV below ground. The input offset voltage for the TLC272 is up to 10mV so maybe you need to pick an opamp with a smaller offset. Seeing a schematic would be helpful, too.

The problem I see with your schematic is that you have two ground references. Your AC power supply is grounded, as well as D2 cathode. And the bridge rectifier DC output rail's ground is in fact the anode of D2 (even though not shown), the cathode of D3 being the positive (Vcc). Also note that your load R1 is connected between these two points. Now, am I missing a point or are both the anode and cathode of D2 grounded (D2 shorted)?