I want to get some ideas for proximity sensing in a particular application. I am trying to get my dog to run on a modified treadmill and automate his reward. My goal is to be able to keep him centered (with respect to the direction of travel). I need to be able to detect his position and alter the speed of the treadmill accordingly. So:

Most treadmills (including the one I have) come with a safety switch which tethers the jogger and when pulled out, stops the machine. This is not an option in my case because I desire him to get off and on at specified intervals without the assistance of a human. The sides of the treadmill should not be obstructed because he likes to bail to the sides when he is done (or getting his reward).

One last note, the maximum speed is between 8 and 10 mph.

Though not the same treadmill, this video shows the same breed of dog (for size) and he also bails from the treadmill in a similar fashion.

I stumbled across these IR proximity sensors from Sharp. These could be mounted at the head of the treadmill facing the tail to get a distance from the head. The specifications seem to fit (distance). Has anybody had any experience with these? He's not exactly reflective so I wonder if these would work well in my application.

Depending on what the shape of the treadmill is (could you provide a picture?) you could use the LEDs by making diagonal lines between the side bars and the floor of the treadmill. 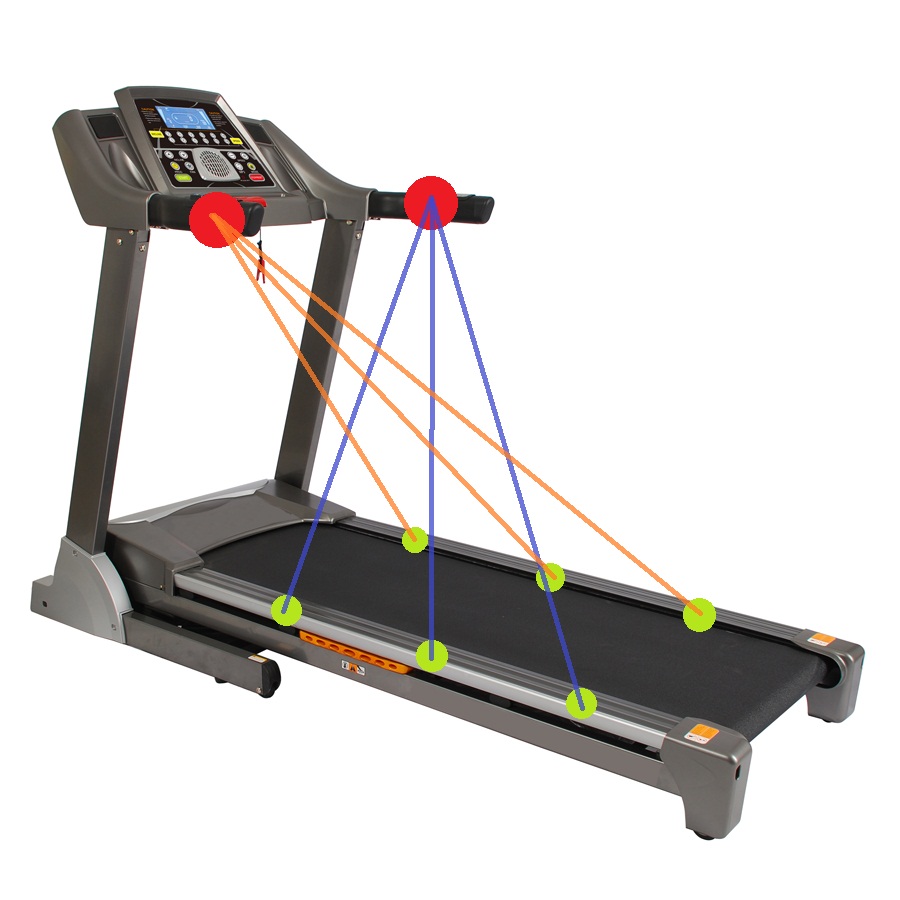 where red circles are IR LEDs and green circles are receivers or vice versa, with some logic work should give you the control over the position of the dog.

You will have some interference between the LEDs but you can use modulation or some form of synchronization to deal with it.

Electronic – arduino – How to detect the vehicle’s shifter position? Will a Hall Effect Sensor work

This is actually harder than it looks to get repeatable.

I would not recommend hall effect sensors for this application. Their sense distances are generally small, meaning that the mounting of the sensors and magnet need to be done with some precision. You will find it very challenging to align all of the halls to work consistently and under all operating conditions.

For a top loader: I'd recommend X and Y axis potentiometers on the shifter, with the pots mounted to the transmission (not the body), which should be accessible through the floorpan opening that the shifter comes up through. You'll need to decode the analog readings from the two pots to match gear selection.

For any other transmission: I'd recommend using a sealed potentiometer used as a voltage divider connected to each shift linkage (under the body, not inside the transmission). You'd then do the calibration + windowing in your firmware, where it will be easier to tune. If your transmission has multiple linkages, it essentially de-muxes some of the multidimensionality out of the shifter for you, again making it easier to map discrete gears to analog voltage ranges.

Reverse is easy--just tap the back up light circuit.

Good luck keeping ping-pong balls from bouncing — they are really good at it!

As far as detection, I would recommend going with infrared emitter-detector pairs, sensing when a ball blocks the path of the light as it passes through a target cup.