I have a relay from SparkFun (https://www.sparkfun.com/products/10924), and a pump that draws ~13 amps. Can I use this relay with the pump?

Also, I don't understand why this relay says NO20A/NC10A, anyone know? The datasheet seems to suggest it is 20A, but the NC10A worries me.

Is there typically a difference between amperage ratings at 120 and 240V, or are they usually the same? I don't quite understand what it is that determines the relay's rating.

That relay is rated for 20A @240V, but the [crappy] datasheet doesn't quite drive home the usual message that that's for resisitive loads. For inductive loads [motor] you need to derate to 10% or 20% of that, which won't be enough for your 13A load assuming "~13A" is the continuous/steady-state load current. Without any additional protection circuitry your relay will have its contacts fused soon enough by the much higher start and stop currents. 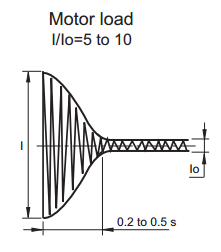 It sounds like you're using a 2hp (=1500W) motor. I suggest you buy a real contactor indended for motors rather than a relay for hobby projects. From this catalog for example, you can see that a 2hp 120V (one phase) motor needs a relay (contactor) rated for around 40A-50A. But I suggest you get something intended for motors rather than a random relay (even one rated that high) because these have been tested by the mfg. and some by UL to actually work a specific number of cycles with that motor load. 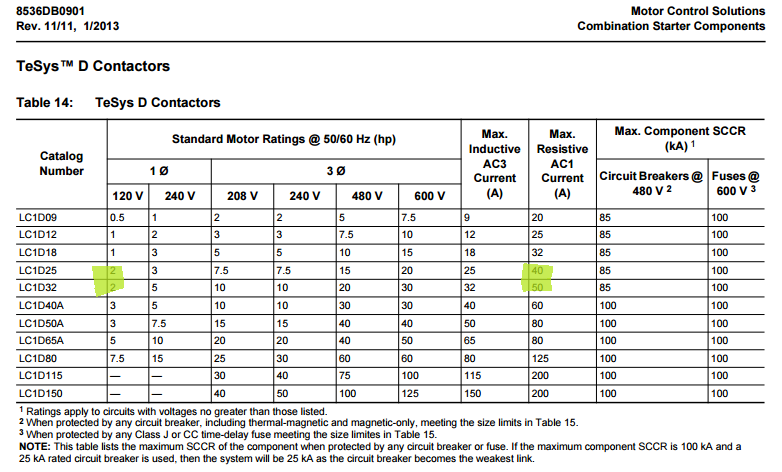 Note that the same story applies for SSRs:

Solid State Relays and Solid State Contactors that have been evaluated by a safety agency or regulatory body as “motor controllers” carry motor power ratings in Horse Power or HP, making the controller selection process for any given application much simple because the HP rating is coordinated by UL or IEC standards with both LRA and FLA ratings. Therefore motor rated Solid State Relays and Solid State Contactors are often preferred because the necessary coordination calculations have already been made and validated by the safety agencies.

And a 2hp, 120V SSR also needs to be able to do around 50A resistive, as you can see from another catalog

These motor-rated things (EMR or SSR) are designed to take a big surge for a brief period, e.g. the aforementioned SSR can take 800A for brief moment:

The UL/IEC standards have a big margin of safety for certification purposes. The random-fire ("instantaneous turn on") version of this thing is rated for 2 hp motors, while the zero-crossing version only for 1 hp.

It's also instructive to look for comparison at a 50A continuous-rated SSR from the same manufacturer, but which [SSR] is not UL/IEC-certified for motor operation. The peak current this one can handle is (about 20%) less: 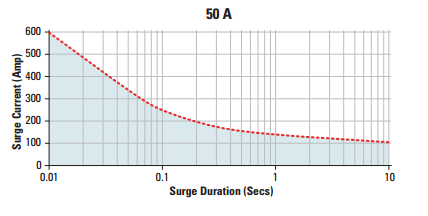 Beware that SSRs are basically never multipole, you need to buy two if you want to cut the neutral to your pump too (for some reason).

Also for comparison purposes, I dug up the datasheet for the first (EM) contactor (2hp) I mentioned. Alas it doesn't have a nice graph, but its surge rating is actually higher than the SSRs above; 380A at 1s vs ~200A for the SSRs at that time mark.

Also be aware that there are clones this LC1D25 being from a rather famous mfg and alibaba-style shops sell the clones under this name as if it were the original (but you can tell from image that it's not the same thing). You can also buy more honest clones/knockoffs of this that come with UL certifications; they'll usually have similar but not identical name and reference this as equivalent. 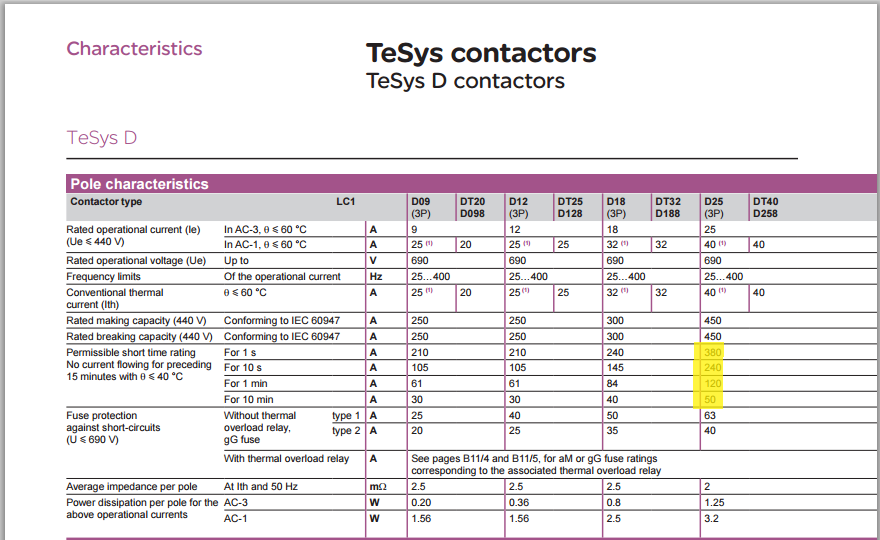 Electronic – Need a Relay For to reverse a thermostat

Anindo Ghosh recommends Omron SSRs from Ebay, something like this or this. Note that the output on these is 24-240VAC, so 110/120VAC is going to be perfectly fine. Anindo Ghosh says that he had units like this tested by Omron and they said they were genuine. And if you buy it and your house burns down, you can come and live with him :)

You say you have I would "have a slight knowledge in electronics!

I recommend buying something which does the mains control.

Search for "home electricity control". You will find lots of products which can turn mains power on and off.

Search for "home electricity control wifi" and you will find products which can turn power on and off, and which can be contacted remotely via the internet.

Once you have control of the mains, and you still want to use your phone, then look at writing an app on that home phone, which talks locally to the mains-controller. If you have a smart phone, e.g. Android, iPhone, etc. then you should be able to write an app relatively easily (there is probably one available already).