I'm curious of the effects of an exterior magnetic field to a Supercapacitor, in both states of charging & discharging. 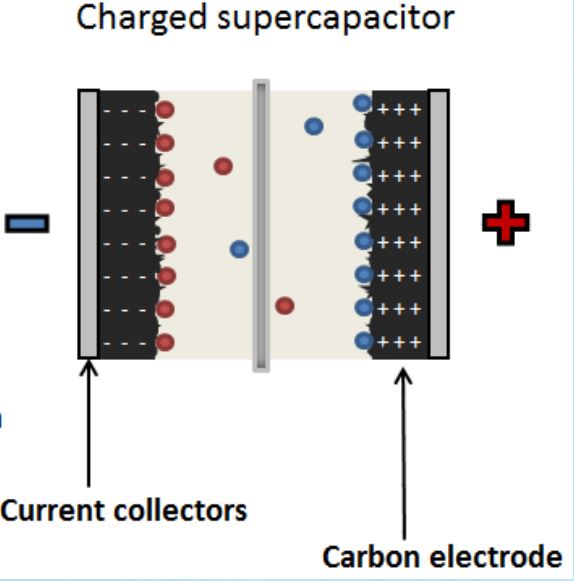 If the Supercap. is placed inside an area where an exterior magnetic field \$B_{ext}\$ is applied, while the capacitor is charged, and connected to a load, would the +/- ions move quicker(since the electrostatic force would push like charges away + the Lorentz force) from the double layer towards the electrolyte? 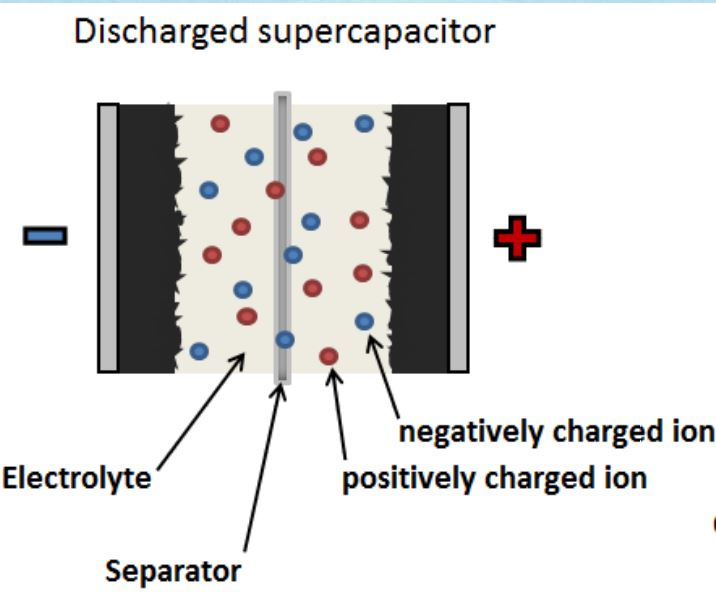 Likewise, for the case of charging, would the ions feel a force(Lorentz) while moving towards the electrode to form the double layer from their initial positions from the electrolyte?

Finally, if I moved the Supercap. in any state(charged/discharged) would the ions feel a Lorentz force(depending on \$v_{SC}\$)?

If the Supercap is placed inside an area where an exterior magnetic field Bext is applied, while the capacitor is charged, and connected to a load, would the +/- ions move quicker(since the electrostatic force would push like charges away + the Lorentz force) from the double layer towards the electrolyte?

Notice that the Lorentz force is perpendicular to both the magnetic field and the direction of the charges' movement. So, will charges travelling through the magnetic field experience Lorentz force? - Yes, but only one perpendicular to their own motion, so charging/discharging rate is not increased by a static magnetic field (otherwise, you'd be violating §1 of thermodynamics). It might even decrease a little because the electrons may have to travel further because they are deflected from the shortest path.

Many capacitors (from electrolyte to "Ultra-Caps") are made by spooling sheets of electrode materials around a center rod, which means that the Lorentz forces in most directions will cancel each other out almost completely. (The electrons travel along the spool on almost circular paths experiencing a Lorentz force in one direction on one half of a circle and a force in the opposite direction on the other half.)

Forces, on a wire in motion in a magnetic field

No, there is no interaction between fields. It is always treated this way, that there is an external field, which acts on the local current, while the field generated by this current does not do anything.

Back to your magnetic fields: The external field applies a force on the wire, and as consequence, the wire also applies a force to the field. And the field transmits this force back to its origin, e.g. a coil or permanent magnet. But you can also say that your wire generates a field, and calculate the force applied to the current in the coil by it. But this is difficult.

Your drawing already shows that the field of the wire is not parallel to the external field, except on the vertical line in the right drawing.

The external field and the field of the wire sum up, so the flux density is higher in the upper half of the right drawing and lower on the lower half. This is the principle of superposition and can be used to calculate e.g. the force on a second wire in your setup. I'm not sure what exactly you are asking for, but in principle, the inductivity does not change. The higher flux density on the one side and lower flux density on the other sum up as if there is no external field, and there is no effect on the inductivity of the wire.

Please note that this is valid in vacuum. If you have a coil with iron yaw in an external field, the external field causes a constant flux in the yaw. If it is too large, you may get saturation effects, which do change the inductivity.

The force that causes motion is due to the interaction of two magnetic fields, at least one of which is created by a current flowing through a conductor. Force is given by F=BIL, which is, essentially, the Lorentz force.

In a generator, a voltage (and consequent current if there's a circuit) is created by moving a conductor in a magnetic field. Mechanical energy is thereby converted to electrical energy (if a current flows). If there is no circuit, there will be zero current, and zero force is required to move the conductor. The induced voltage (actually, an EMF) is E=BLv, where v is the velocity of the conductor wrt the magnetic field.