What purpose does the IO shield on computers serve? I have been reading a lot of articles (mostly forums) on the internet and can't seem to find a definitive answer. 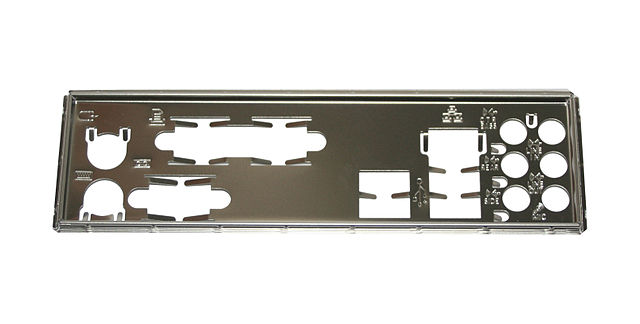 1) Shield to keep electro-magnetic radiation inside of the case

2) Dust Cover / Air circulation director: The fan in the power supply shall draw air throughout the entire case and not just along the short way from the I/O area to the power supply that's usually right above.

Yes, you will be able to arrive at a formula which will at best be as useful as the accuracy of the assumptions that you make, and which will have a statistical component due to effects of stat variation of noise and resync and ... on the results.

BUT ANY error either needs a resend or has forward correction overhead.
If any error occur at all then you need a resend and
throughput drops to D_sent - (packets with error(s) in them per second = pweitps) x (packet data content length )
And you also have the back channel overhead which may be part of your total bandwidth budget or may not.

To convert BER to pweitps you either assume every single error destroys a packet (as above), or you need to know statistical grouping of errors.

If each error bit loses one packet and if net error free data rate is D and if packet length is P then you lose BER x P bits/second due to errors so rate simplistically reduces to ~= (D - BER x P)/ D of previously.

If you lose synchronisation due to errors and must resynchronise that is a rate reduction and you need to know how resync varies wih error rate and types of error hit.

SO the answer is yes, a formula can be derived which is as useful as the assumptions that you make and which will hav a ststaistical component due to effects of stat variation of noise and resync and ... on results.

I found the Facedancer board, which looks interesting. It contains a FTDI, a microcontroler, and a MAX3421E USB controler, and allows you to emulate a USB device in Python! That is, you basically write bit-banging code in Python on your PC, and the other PC sees the USB device that you emulate. It could be interesting for prototyping, and it has been used for fuzzing (automatically finding errors in USB host implementations and software).