I have an arc lighter similar to this one: 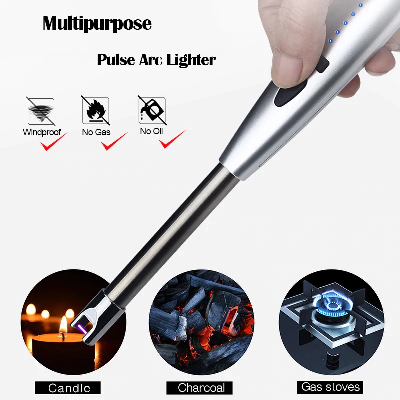 The switch failed after a couple days (typical Chinese garbage), so I took the unit apart to replace it. Also, due to its operating frequency (~16Khz), it makes an appalling screeching sound that hurts my ears. So while I had it open, I decided I would attempt to modify it for a higher frequency.

By photographing both sides of the PCB; by using a multimeter; and by shining a light through the board, I managed to reverse-engineer it. Mostly.

My initial intention was to leave the micro in place, but insert a 555 timer between the chip and the MOSFET that drove the output coil. Its reset line would be asserted high by the chip's square wave output (by way of a diode, a resistor and a capacitor), and it would output a (thankfully inaudible) 22KHz signal to the MOSFET.¹ So far, so good.

My initial tests were promising, but in the end a pin broke off the chip and necessitated its replacement. Onto plan B then.

I figure I can just replace the (now defunct) chip with another microcontroller (specifically, a PIC or Atmel one), and write some firmware to perform the original functions, albeit at a higher frequency.

The microcontroller is unmarked, but fortuitously I have other microcontrollers with a compatible pinout. There is a problem, however. I don't understand the purpose of one of the connections on the board!

Here are the photographs I worked from. The high voltage transformer connects at the far right, and the 3.7V lithium battery at the left.² The lower image is flipped for convenience. 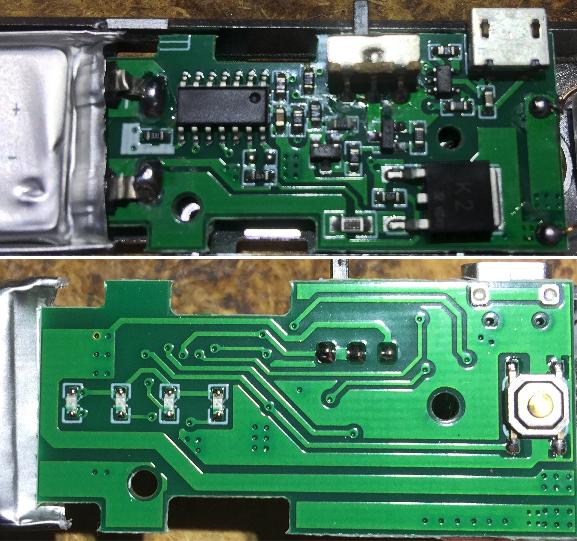 From those pictures, I derived the following schematic:

My understanding of the circuit is as follows:

So, my question is…

I have no way to know the model of microcontroller used in this product, or the internal workings of its firmware. So, what can be deduced from the circuit, in terms of how pin 13 is likely to affect the microcontroller's behaviour?

EDIT: I notice there is no back-EMF clamp diode on the transformer. Should there be?

¹ Unfortunately, I discovered that the 555 drives its output low when reset is low; driving the MOSFET on continuously, except when the square wave was present. There was some smoke, and the MOSFET physically desoldered itself from the board! Fortunately I was paying attention and disconnected it immediately; and I'm pretty sure no permanent harm was done. I added an NPN transistor and the problem went away.

³ I measured this with an oscilloscope.

I have seen a similar circuit used in my Gas operated water heater it also consist of an electric arc generating circuit and operates on two D type cell battery.

And have tested that circuit and I got to know that this kind of circuit need to change the Ton Time of the MOSFET to generate proper electric arc between their electrodes as fix duty cycle will not work efficiently in such case, as battery voltage will be gradually reduced Ton time should be increased.

So as I think in your case R12 provides a low resistive path for most of the current to flow to the ground and with a high resistor value like 4.7k R11 is used to sense voltage feedback so that it can vary the duty cycle accordingly.

Still, I am not 100% sure about this but you can test it with an oscilloscope and providing a variable power supply to the circuit.