I have ruined a 3S LiPo 5400 mAh and I am unable to understand the reason. This is directly related to my earlier question which was about same battery.

Battery was not hot, its temperature was being report as 25C and it did not puff at all.

I always try to take all the necessary precautions, and when I noticed that the battery is over-voltaged I immediately put it under some load (1/4th of normal) to drain the battery and reduce the voltage.

After some time it was within reasonable limits. This supposed overcharge remained for about 20 minutes.

Long story short, when i recharged the battery with another charger and then put the battery to use all the capacity was gone. 25 Minutes flight time was reduced to 5 minutes all in one day.

The internal resistance of cells as being reported by 2 chargers is not too high. 9mΩ 6mΩ and 5mΩ

I am wondering what happened? Is one time overcharge enough to ruin a perfectly normal battery? I know the battery is gone, but i want to learn from this so i can use the future ones better.

Everyone on internet keeps talking about low voltage but not really over voltage packs so i'm asking here.

This battery Never went under-voltage. Under load the cells at worst went to 3.6V

When I recharge the battery it reaches 12.6 Fine, and the charger reports as having provided 2700 mAh to it after starting at 11.1 V

What happened? Is the cause Lithium Plating? I want to learn lessons from this.

The numbers supposedly make sense, but the sudden discharge doesn't. As soon as you put the battery under load it instantly drops Voltage. on 1/3rd of the standard load it behaves like a perfectly fine battery.

The only other variable is that the temperatures have dropped recently due to winters. Now outdoor temperature is 11C and on last good flight it was around 25C

I recall NASA discovered that Li-ions above 4.10V/cell tend to decompose due to electrolyte oxidation on the cathode (+), while those charged to lower voltages lose capacity due to the solid electrolyte interface (SEI) building up on the anode (-) with Lithium Oxide and Lithium Carbonate.

This was verified by Dalhousie University by Dr. Dahn who proved battery death is accelerated for the duration above 4.1V, while NASA knew that capacity was reduced to 60% with this method of reducing Vcv charge to 3.9V MAX. This enabled them to use Lithium Ion batteries for > 8yrs.

I later show how one major brand total lifetime Ah*cycle delivered was increased by 5x over the typical 500 cycle Ah rating.

The Depth of Discharge also affects aging rating. If you are familiar with how Mil-Std_HDBK 217 works with MTBF , they model the accelerated failure rate with formula based on stress factors. They may have a model now for LiPo's that uses factors for %DoD and CV voltage.

I would expect time, t becomes an exponential MTBF accelerator for both of these factors outside certain thresholds and varies with chemistry and quality of contaminants in the electrodes and electrolyte.

I once plotted the lifetime Ah capacity for one brand based on 50% min. DoD and CV max with available Ah for each cycle and number of cycles in life time, which I will show below, but I lost the source data.

Charging at ANY rate consists of measure Voc, measure V at pulse load , measure initial ESR and final ESR with CC to Vcv then Vcv to 10%CC then shuttdown. The risk here is that one cell reaches 100% SoC before the others and the balancer cannot bypass enough current. If Vbat exceeds 4.2 that means the balancer could not shunt enough current CC mode when current is max but "normally" can balance with declining Amps in CV mode. i.e. Balancers may not be able to dissipate enough heat for a 0.5C rate if this implies 5400mA*0.5*4.2V = 11.34 watts !! per cell balancer. It becomes a Pd and ESR of bat to balancer tradeoff and limitation when Cell mismatch exceeds 10~15%. ( assuming 85~95% of charge is not in CC mode)

Your Rs {9mΩ 6mΩ and 5mΩ} or ESR was excessively mismatched for balancer to function to protect cells during period of overcharge ~4.1 V 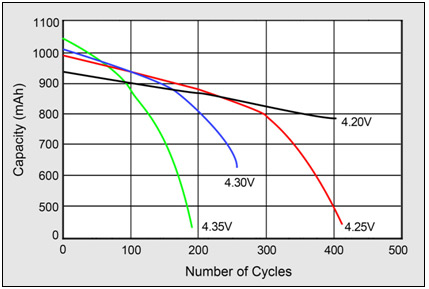 FWIW below with little explanation... 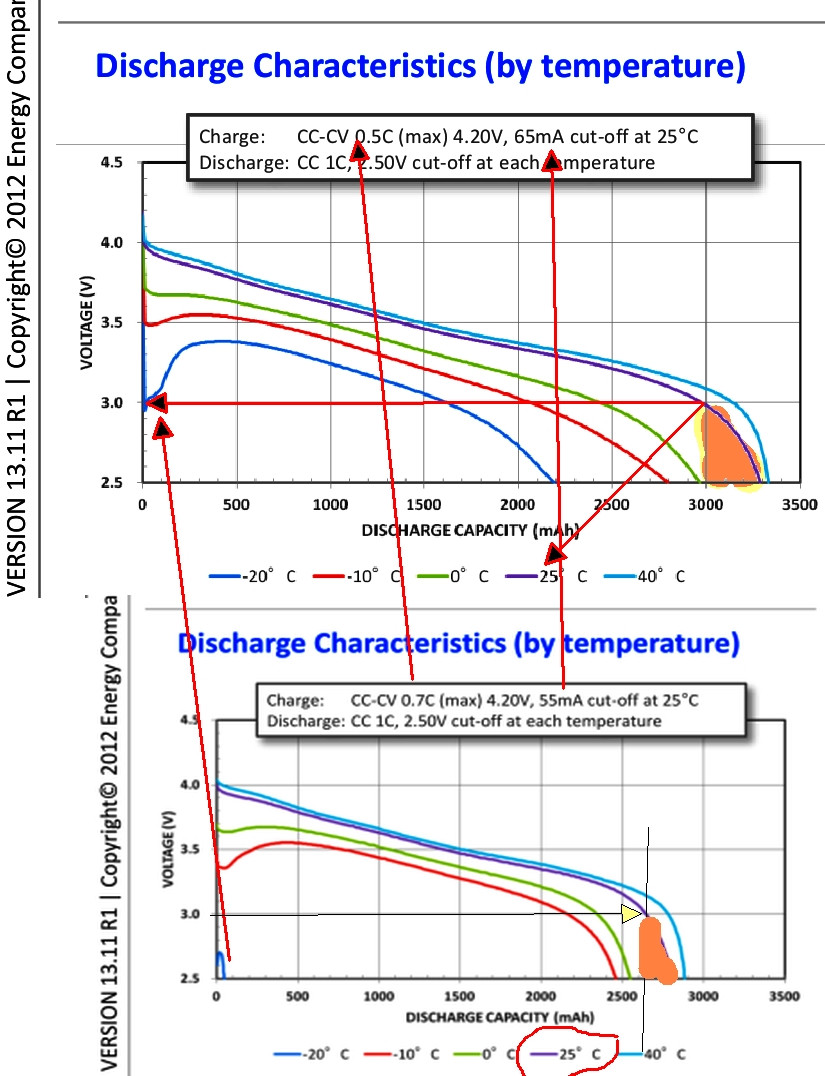 If battery capacity is Ah=C , left vertical axis above is number of C cycles of battery life achieved vs slow CV charge voltage and 50% MIN DoD. but discharged at any rate like 0.5C to 2C depending on DoD rating from 10% to 25% to 50% to 100%. ( I will try to find source info) Note longest lifespan is 50% DoD for recharge threshold. (Lenovo has a smart charge algorithm using these parameters)

The solution as I see it is to get a better charger with the following characteristics;

Consider that in Car batteries with 850 A crank capacity at 7.5V each cell ESR must be balanced within 1% when new and when this mismatch rises , acid boiling in the weakest cell due to ESR*I^2 accelerates battery death quickly. Same holds true for LiPo's. The greater the ESR mismatch with a passive balancer, the greater risk to cell death can occur due to one cell reaching full charge while others still in CC mode. 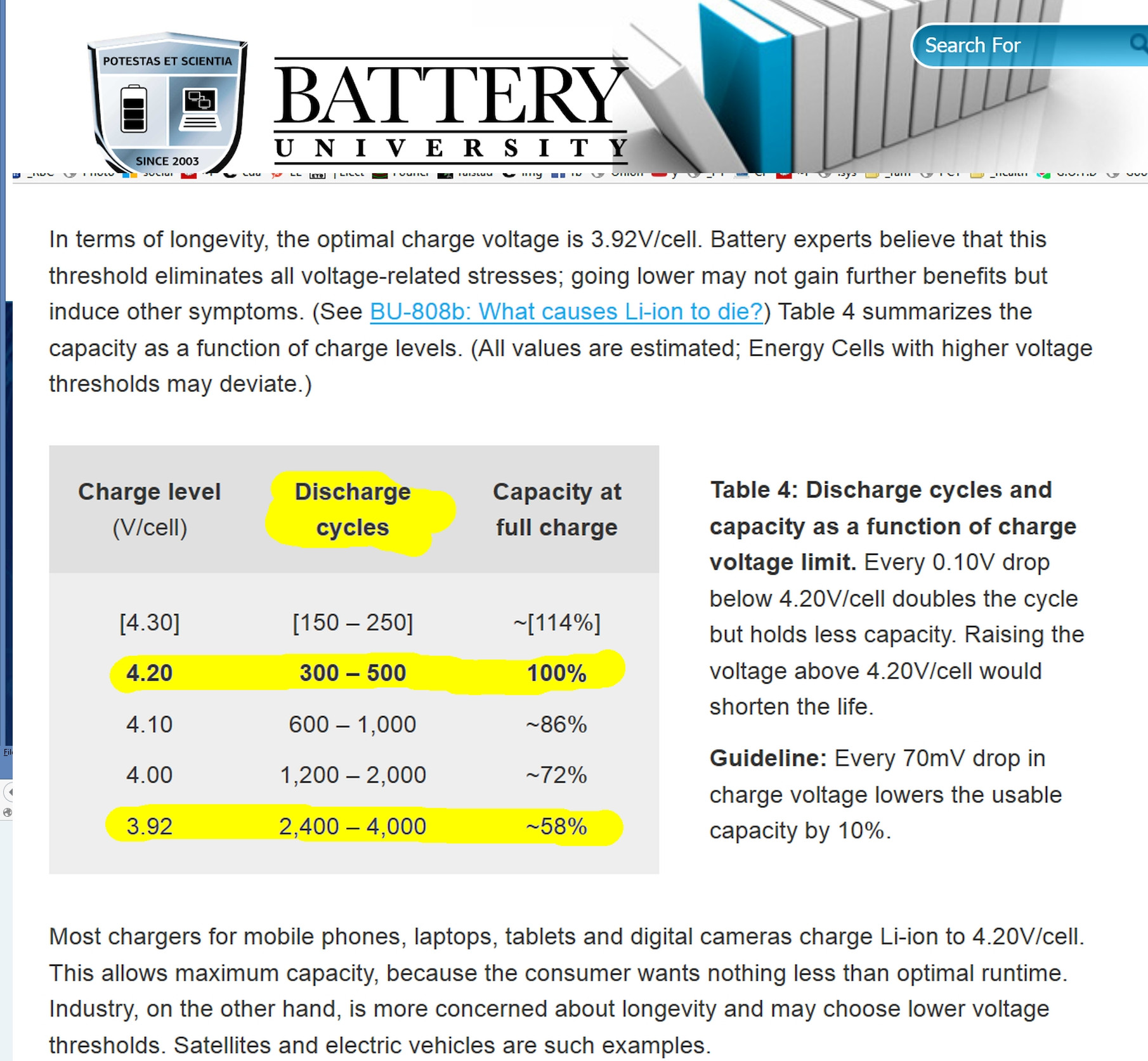 Your proposed Overvolt protection circuit is really an amplified zener and it could be set to say 4.2 volt and work .Now to do this properly you must shut down the charger or drastically reduce the charging current when one of your bleed off LEDs starts glowing .You have chosen to use 3 cells in your battery where most others in my neck of the woods use 4 .It would be tempting to buck down or even do a simple low drop linear reg given that you chose 3 cells .If you want to use a fet instead of a BJT you will have to get a very very low threshold device to operate correctly in your circuit.A garden variety PNP BJT or darlington will work fine .Your resistor values are a plausible start but fuse like the comment from mkeith said.Remember that not all TL431s are equal.The TL431 is in the www.badbeetles.com website .

Electronic – What temperature should a LiPo battery reach during charging

In normal batteries, the charge energy goes into chemical change, and therefore is not dissipated as Joule heat. As result, normal battery should hold its temperature slightly above the ambient since there is still one source of parasitic heat dissipation - the internal series resistance of the battery.

If the battery is new and allows 8 A discharge current per specs, I would estimate its ESR as 0.5 V/ 8 A ~ 60 - 70 mOhms. At the 0.5 A charge rate this would lead to losses (dissipation) less than 20 mW, which should lead to a tiny warmth of the cell's body, and will be barely noticeable given the mechanical size of 18650 cell.

This cell, in accord with specifications, has about 10 W-hr capacity. According to submitted chart, you already have dumped about 9 W-hours of electricity into it. A normal 4.2-V cell should have reached the End-of-Charge Voltage (4.2V) by that time. But it didn't. It means that your charging arrangement must have some other losses, likely a poor (oxidized) connectors of your battery holder, as mkeith suggested.

The cell standard charge is 0.2C (or 520 mA) per specs, it is the absolutely safe charging level.