I am going thru my bike's schematic/wiring diagram and going wire by wire I think I'm starting to understand how it works from turning the key onward. But some things are still confusing so perhaps some of you may help me out. In the picture I have three qualms, three things I'm confused about.

Any help welcome and appreciated 😀 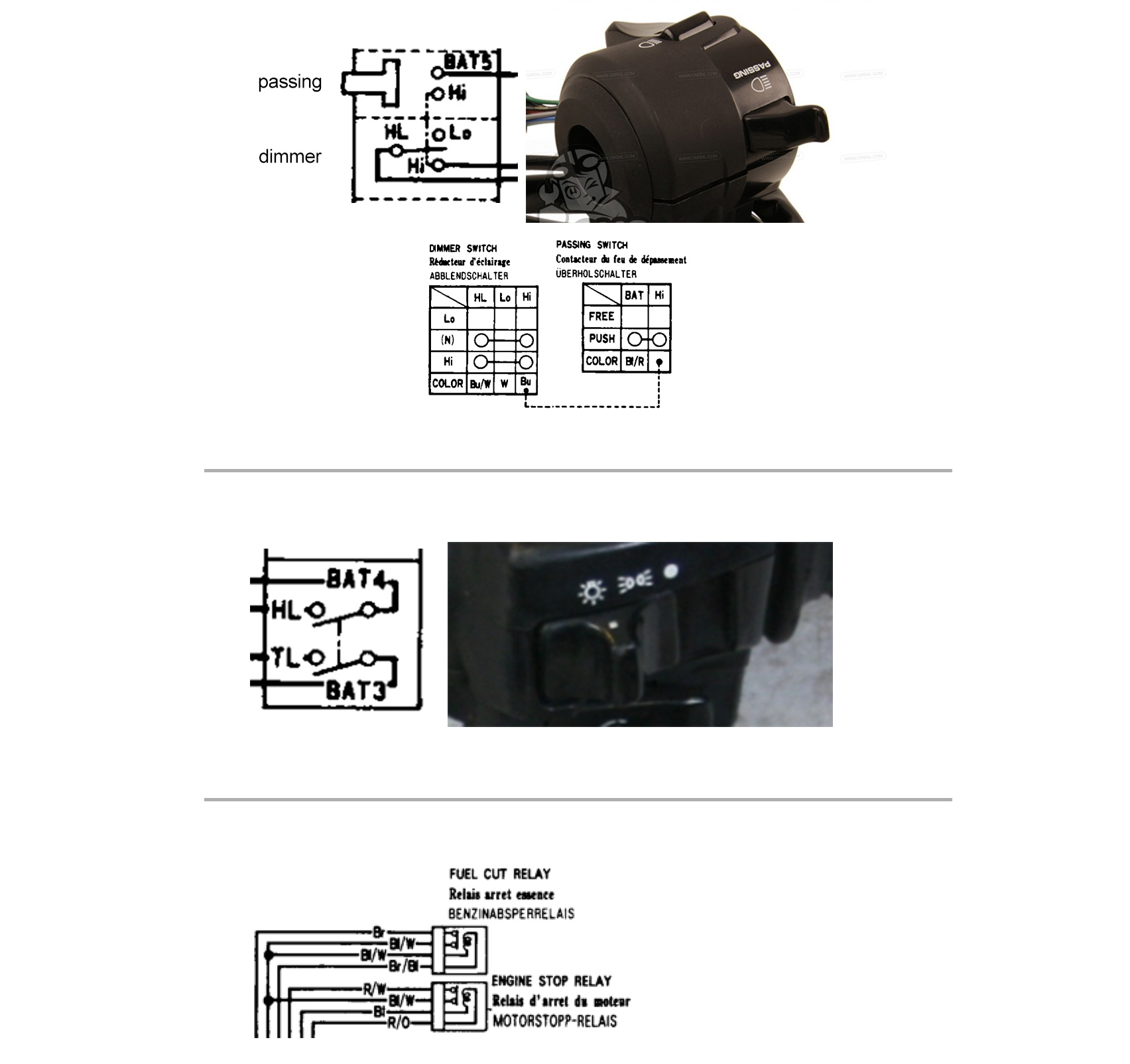 Would this imply that there's no separate wire for this function

However, the way I see it on the diagram, with two switches connected by the vertical line, it seems that the off position is missing? Looking at the diagram, where would the middle position be?

For some of these schematic symbols, you're just supposed to know. You know that you start with all off, then turn on the marker lights, then turn on the headlights. So from that actual function, you deduce that one switch closes and then the other, no matter what the diagram implies or fails to imply.

Probably exactly that. Again, "just supposed to know". Assume the diagram isn't fully clear (and possibly not fully accurate), and think it through.

However, if you look at the wires coming into the relay, it seems that two wires in the middle go both to switch pole and coil pole?

For instance, in the fuel cut relay, if the common wire is power, then whenever the other end of the coil wire is grounded (with a switch, I assume), then the relay will close and supply power to -- whatever it powers (a fuel solenoid?), which presumably is grounded on its other end. OTOH, if that common wire is ground, then applying +battery to the coil will ground the wire coming out of the relay contacts, which would power up something whose other end is connected to +battery.