I like this explanation of why there's nothing wrong with conventional current being the opposite direction from electron current. It mentions batteries and fluorescent bulbs as two cases where the current is not a flow of electrons. (As well as ion flow in human beings and proton flow in water ice, though those are not electrical components.) What other electrical components involve flows of charge that are not electrons? Does this happen in the electrolyte of electrolytic capacitors?

From the topic electron theory we know that metals emit electrons easily and semi-conductors and electrolytes emit them with great difficulty. The electrons in the electrolyte are in fact not free but are bound in ions. http://www.electronics-tutorials.com/basics/polarization-capacitor.htm

Do holes in semiconductors really count, since they're not physical particles?

Now, this does get confusing when you get to semiconductor theory, and I understand your issue. I can name one very important case. When working with charge pumps in the human body. Many places in biology the charge flow is positive. When taking a biomedical modeling class for EE we often had positive charge flow.

We can get crazier, what if you have cancer? There are many options, sometimes you pick radiation. Photon radiation exists, what about proton radiation? The amount of protons they are sending are measured in Amperes. Why? Positively charged particles per second(enjoy the pun).

The important part here your particle makes an issue of. If electrons were positively charged the issue would be swept under the rug by most people. The fact that they are negatively charged makes people think about what it really means.

If you really get down to the physics it is just a sign convention and is a menial problem. If you would like to assign them positive charge please do so, be internally consistent and do not publish anything and no one will be the wiser.

The most important thing is that if electrons were positively charged we would not have nearly as great of a name for the positron. I personally would not live in a world were the negatron is a particle.

You're imagining an open circuit to look like this: 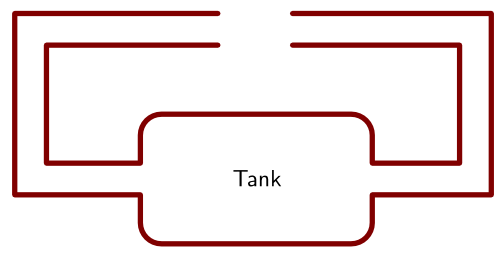 A better analogy would be this: 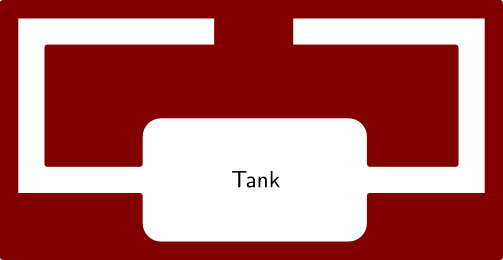 The pipes in a circuit aren't surrounded by free space for the water to flow -- they are tunnelled through a rock. Where there is no pipe, there is just rock and the water does not flow.

The random agitation of those electrons has a name: thermal noise. This agitation is proportional to temperature so you get more of it as you heat things up. However, the average motion is always zero so you can never do any useful "work" or equivalently extract usable energy from the process.

This is in agreement with the laws of thermodynamics.