OK, maybe not all of them, but by far most of the 5 mm LEDs I've ever handled are rated with I(max) = 20 mA and I've been using them for maybe over 15 years.

Why is this? Is caused by the size of the chip that 20 mA is the max? Is it because of historic reasons? Convenience to remember specs? Does a modern 20 mA chip not fit in a 3 mm package? Is it a dissipated power thing (guess not as blue LEDs dissipate almost double power with respect to a red LED).

I believe the reason due to thermal junction temperature for standard form factors. Some vendors will derate the maximum current correctly for ambients above a certain temperature.

Epoxy makes a great insulator and a 50µm gold wire is bonded (welded) from a top pad on the LED chip to the Anode lead, so as not to block much light. The chips now use transparent substrates so almost 50% comes from the metallic reflector cup. As I have tested and verified this happens to be a significant heat conductor to the chip. However, Mfg's cannot dictate users must connect this to a large ground plane heat-sink to run at higher current, because other reliability risks may occur, so the industry standard of 20mA for 5mm LEDs is constant.

This cathode cup connection is consistent on almost all 5 mm LEDs, but not quite. I might add it is critical when hand soldering not to exceed 3 seconds when soldering the cathode as it is THE primary heat path to the chip, but most vendors will not admit to this and most people do not hand solder these. The define a keep-out zone as 5mm below the base of the LEd as a no solder zone to allow a time buffer for temp. flow, but I wil spare you the details. Also most users do not have a ground plane for every LED especially on 1 sided boards or LED's in series.

The 3mm LED's that are spec'd at the same 20mA may have a smaller chip and higher current density but also have a thinner epoxy insulator to ambient. So junction temperature is not much different.

5mm IR LED's are designed to pump as much IR into those TV remote controls for distance and extended battery life. They also run at a lower voltage and so they are often spec'd at 50~75mA or pulse at >=100mA.

BTW, you can improve junction temperature by using large copper pads for the cathode or use the ground plane.

Beware that all LED's are spec'd at rated current and at 25'C and when you operate above that, you need to reduce your current at some point below the maximum ambient spec. For industry consistency, the 20mA spec does not change but various ODM's may improve their package reliability to say they can allow a slightly different If vs Ta profile. So rather than change the 25'C spec, they change this derating curve.

If somewhat more than minimum cost is acceptable you could implement a buck converter per LED. These could be very crude and low component count and not a vast price. Each converter would be able to set a current that was proportional to a PWM or analog input. Probably under $1 per channel.

A buck converter will improve on the above.

One solution of zillions. Rsc not needed. Rather than sensing output voltage, LED current is sensed. This C had Vref = 1.25V = far too hight. It can be reduced to 0.6V effective using a diode but still too high. More modern ICs has a lower Vref OR a 1/4 IC section can be used per channel. PWM per channel then becomes 1 x SOIC MC34063 + 1/4 LM324 + a few resistors and a catch diode per channel. May be cheaper than more modern IC. 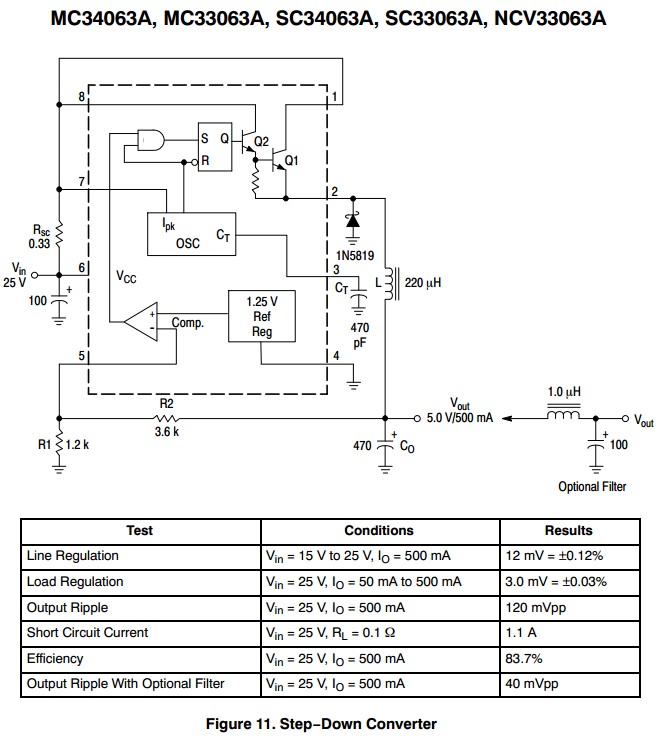 This circuit, from sound.westhost.com may be suitable.
I independently arrived at a similar version - works reasonably well. This is voltage feedback. Can be made current feedback. Vsense here = Vbe of Q1. This can be reducued with care.

Plenty of cool white (and straight UV, if you like) LEDs are available (and the cool types actually have better lumens-per-watt efficiency than the "warm" types, as a general rule.)

Lumens-per-watt efficiency is all over the map, so you have to check the particular LEDs you are considering using. Some are awful, some are quite good.

Cooling is something you'll have to sort out, especially with high power LEDs, where thermal design is most of the design work. Stock aquarium hoods are terrible for it, so most folks with serious lighting setups end up building something that allows the lamps to cool more effectively (may involve a fan, may involve a barrier between the water and the lamp which will slightly reduce light into the aquarium, but greatly reduce humidity at the lamps, etc.)

One factor you may have missed is that the LEDs drive all the light towards the water, where the florescent has considerable losses from the parts of the lamp where light is reflected before hitting the water. I have 8.9 watt LED ceiling fixtures which are undeniably brighter than 13 watt CFLs for exactly this reason, even though they are "only" 70 lumens per watt.