I purchased a dual-voltage step-down transformer. It had 3 input leads for either 115V or 230V and could output either 12V or 24V on the center-tapped secondary. I taped off one of the input hot wires and connected the other two to a wall plug. I then connected the three outputs to a screw terminal so I could safely test them with my meter, but they were otherwise unconnected.

I went to plug the transformer in (to 120V) and it buzzed loudly for a second and then violently exploded with wisps of some pleasant-smelling magic smoke. On the primary side I could see that it had spewed some copper from the primary winding onto the insulation of the wires (I could scrape it off to see insulation below, so the hot/neutral wires weren't shorted because of cracked insulation). The transformer was hot to the touch even after sitting unplugged for a few minutes. Testing the resistance of the primary now I get an open circuit between one hot and neutral and about 1 Ohm between the other hot and neutral.

Why did my transformer blow up? The first thing I thought of is that it was defective and the primary winding was shorted somewhere. Is there something else that I'm missing? Did I need to connect the primaries in parallel? The wiring diagram on the datasheet is very simplistic but doesn't seem to indicate such – it quite literally has 3 lines coming from the primary side that say 0V, 115V, and 230V. 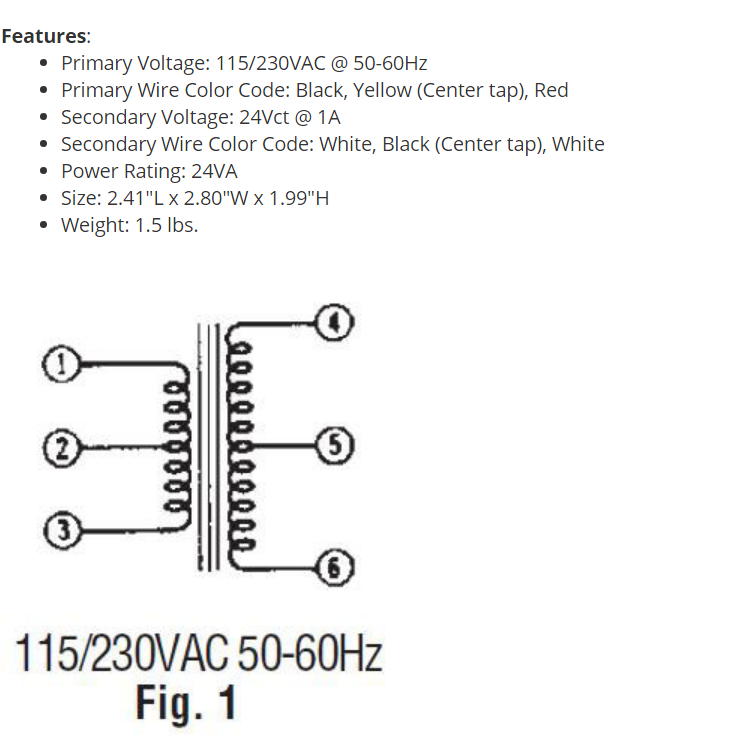 In the future, you should read the datasheet and catalog and not make assumptions and also you can double-check by measuring the resistance. The primary for 115/230VAC will have much higher resistance than the secondary.

Also a small fuse in series with the primary would have saved it.

Note: On the primary, leave the unused connection open. If you connect the black and red together to one side of the line and yellow to the other and apply 120VAC you'll burn out the transformer (and the fuse might not even save it!).