I just received the following breadboard in a electronics starter pack I purchased. 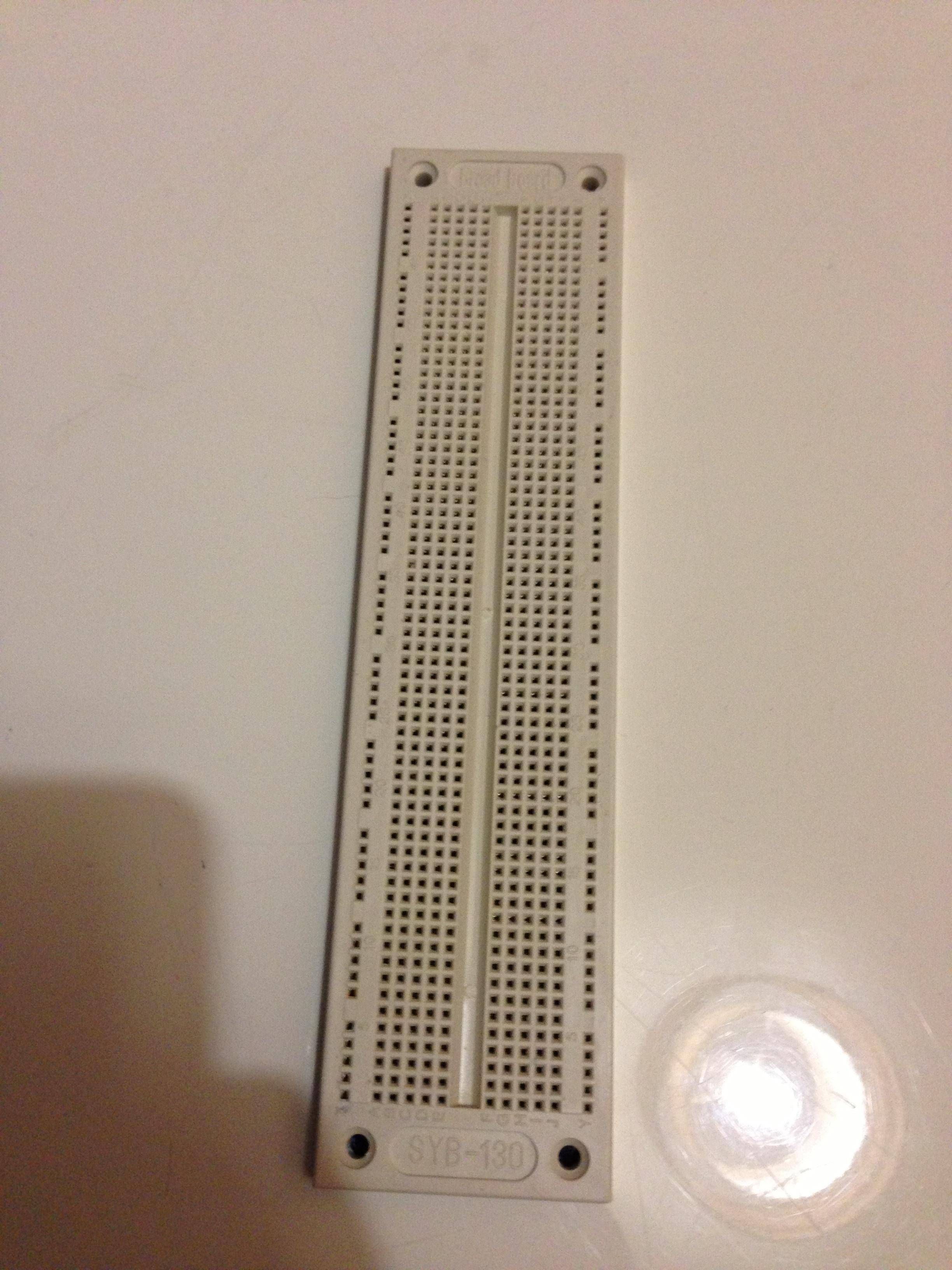 I am a little confused in how I would go about prototyping on this board, all the tutorials I have read state that the breadboard should have a positive and negative input on it. But it appears this one doesn't.

Could anyone help clear my confusion?

Breadboards by themselves don't generally have "inputs" per se: what they have is distribution strips. Your breadboard has two of them: all the pins in the leftmost column are connected together, and all the pins in the rightmost column are connected together. Generally you would use one of these for power and the other for ground. This makes it easier to run power and ground lines to your components.

Slightly more "upscale" breadboards have two distribution strips on each side: this makes it a bit more convenient to use.

The other pins are connected in rows, though the connection doesn't span the gap in the middle, as in the following image (for a more "upscale" breadboard)

On these "slightly more upscale" breadboards, the distribution strips on the left side are often connected to those on the right side: so that the two rows used for ground are connected, and the two strips used for Vcc (in a system where you have only one Vcc voltage). In the case of your board, since you only have two distribution strips, in 99.9% of the cases you would not connect them together. 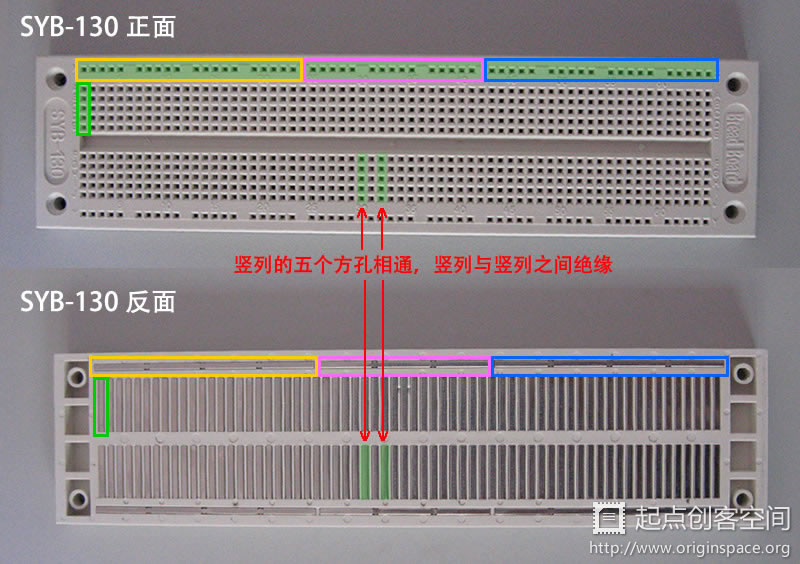 There are also electronics kits out there have built-in power supplies that have breadboard elements that can be connected to power with less effort than common run-of-the-mill breadboards, however these are more rare.

Electronic – Arduino: How to make a final prototype

If you want the thing you're making to be a "proper" Arduino shield, you can buy something like this "Protoshield" board from Adafruit:

Other vendors sell similar boards. It's basically a bit of perfboard that's designed for mounting components, but with the header pins already setup to "stack" onto an Arduino.

If you don't need an actual shield that stacks onto your Arduino (that is, if you're going to run cable of some sort from the Arduino to the rest of the device, or if you're going to use one of the the super small Arduino clones) then you have a couple of options:

This has been done, years ago, and not since. The reason was simple: It's easier, cheaper, faster, and more powerful to just use an FPGA for both the programmable interconnect as well as the programmable logic.

Of course, FPGA's are only good for digital logic. On the surface your approach seems to work for analog circuits, this isn't always the case. Analog switches/muxes/etc all have a non-zero resistance, not-insignificant noise, and limited current handling capability. This limits their usefulness to basic circuits only. For these circuits, it is much better to just wire it up directly.

In short, only people new to electronics would use such a device and they might outgrow it rather quickly. And it would be expensive.