I was looking into building a battery powered USB charger for camping. It occurred to me that car chargers are pre-built and run off 12 V. If I made a battery pack out of 8x 1.5 V batteries in series and wired them to the electronics in a car USB charger would that work as a simple cheap and effective solution?

Also can I calculate the charges from the pack by summing the mAh of the 8 batteries and dividing by the mAh of the unit to be charged or is the efficiency of the device non negligible?

You can use existing commercial 12V to USB (= 12V to 5V effectively) converters or ANY "X" Volt to USB converter already available.

Some 12v-USB units use a linear regulator so have efficiency of 5V/12V ~= 40% :-(.
Many use some form of switching regulator.
These are typically around 80 - 85% efficient but more or less is also possible. I have seen some which use the venerable MC34063, and there are many other choices.
MC34063 datasheet

Note that power needed and energy wasted are related but not in the same ratio between linear and smps supplies.

If you want to try do-it-yourself the venerable MC34063 is not as efficient as some modern ICs but is reasonably close and is cheap and very flexible.
DIY MC34063 examples at end.

Lead acid battery: If you have complete control over the design then a good choice can be a 6V sealed lad acid gel cell. These give good energy per $ and can last quite well if treated well.
Even with a linear regulator a 6V battery will give and efficiency of 5V/6V ~= 83%- so you can do better with a smps but not vastly so in many cases.
eg a 90% efficient smps uses 83/90 =!~ 8% less Wattage than a linear supply from 6V. As voltage drops under 6V the linear regulator efficiency increases.
To use a 6V battery for 5V output you need a low low low dropout regulator. This can be achieved with a P Channel MOSFET and one opamp section.

Lead Acid discharge voltage: The curves below are indicative only of voltages expected from a lead acid battery. These were for one brand of large deep discharge cells and small gel cells will be different BUT it gives an idea of what can be expected. If you use a 6V 7Ah battery then if the USB output is 1A (= charge a 1000 mAh cellphone battery at max allowed rate. then the peak discharge rate of 1A = 1A/7 Ah = C/7.
End point voltage for a 6V battery would be ~= 5.25V = ample.
If you charge EyeFones or EyePadz with battery capacities of about 1600 mAh or even 3000 mAh then you may ant 1.6A and 3A peak. Even 3A is 3A/7Ah ~= C/2.5.
At C/2.5 battery voltage would be about 10.5V at about 70% of capacity expended - still very useful and it helps lifetime to not discharge deeply.
At 3Ah from a 7Ah battery you could notionally charge 2 x 3Ah batteries. Or maybe 5 or 6 x 1000 mAh cellphone batteries.

For lead acid, battery brand matters. Yuasa are excellent and actually have several grades aimed at different uses and price ranges and good data is available.
Panasonic are good. Just about anything made by Panasonic is good :-) (I have zero involvement with them). Some others are good but cheap batteries may be very bad. Or not. 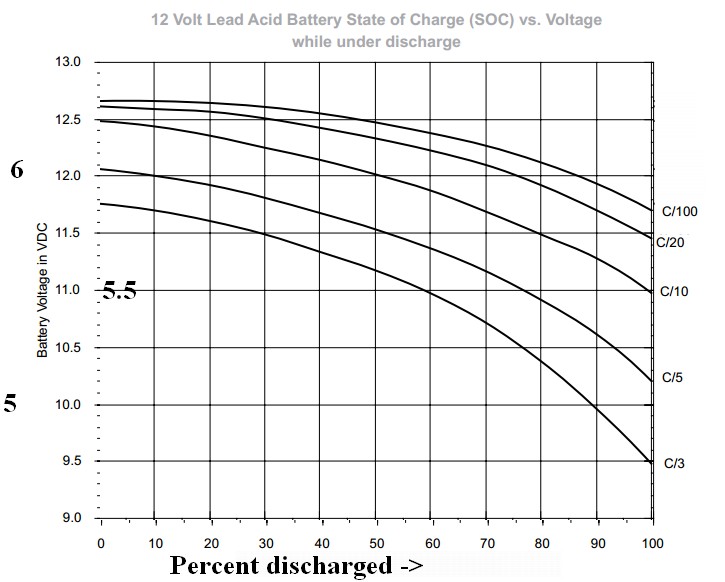 Example below is 25 V in, 5V 500 mA out. Would take 12V in as is except halve Rsc and ensure inductor suitable core size. Efficiency of ~84% may be slightly lower at 12V in.
Count the external parts!.
While there may be a very few more than in some minimalist designs the same IC can do Boost, buck boost and anything else wanted. 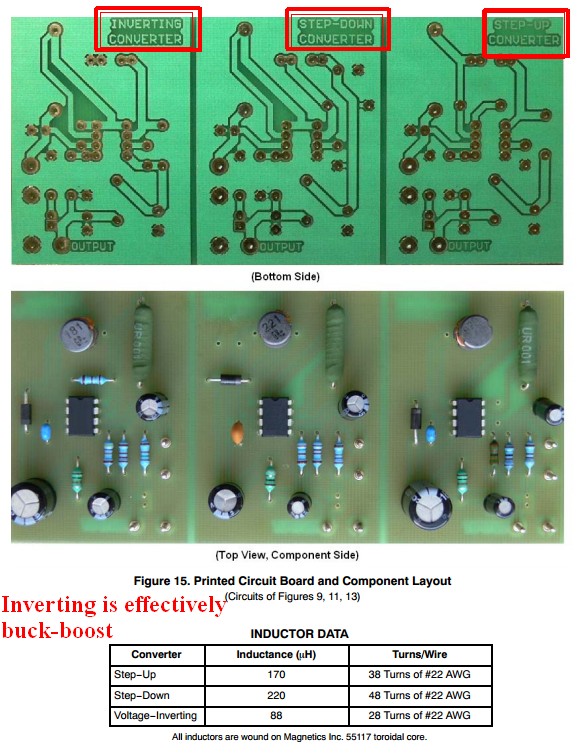 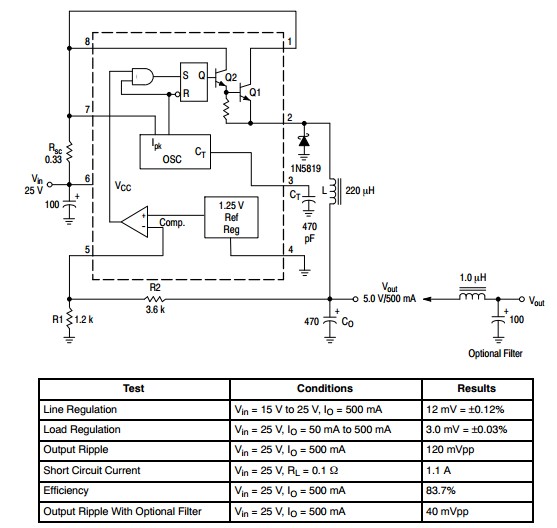 I believe the answer can only be empirical, not definitive.

To examine some of the figures mentioned:

These figures do not account for possible efficiency loss due to external components (ESR of capacitors for instance) or temperature variation. Thus, treat that "20%" number as indicative at best.

your phone needs power for stand-by, so in my experience, you'll have just 65% capacity.

That would depend on whether the phone is kept powered on while charging, what power intensive tasks (e.g. WiFi, social media polling software) are running on the phone, and even the current draw of the phone in the nominal "powered off" state - Some smartphones do not actually power off completely unless the battery is pulled out.

Thus, that 65% number is also indicative at best, though varying it somewhat is within the user's control.

by industrial standards for batteries is +/- 20% tolerance admitted with capacity.

That number would be defined in the datasheet of the specific battery in question. It would also vary widely by age / charge cycle history of the battery, temperature, contact oxidation and possibly several other factors.

So, while the number is a reasonable guesstimate, it is not definitive.

Note that this last figure is applicable to both, the cellphone battery and the portable charger battery.

So, can one use the magical value 45% as a gauge for portable battery charger?

Clearly not. The only numbers that can be used, even as a rule of thumb, are those empirically measured for your particular situation and use pattern. Even so, the percentage will change widely over charge cycles, season and time of day (temperature factors).

The way to indicate phones that they are connected to the wall charger is by shorting data pins as you have already found out.

Your problem might be different, some times you cannot achieve full charger current because of the voltage drop along the cable. If the voltage at the phone's input is not high enough (that value will vary from phone to phone, but it should definitely be higher than 4.3V), the phone will start limiting it's current draw.

You can check this by measuring the voltage at the phone during charging, if you can reach some measurement point. Or you can also measure the cable's resistance and do the math. To measure that resistance I recommend that you make 1A pass through that cable and measure voltage drop.