There are a few designs out there for constant current devices, but most of them use a certain chip. I was looking for a way to build my own constant current supply from parts that I have available. The aim is to control a RGB LED with 10W (10-12V,350mA).

As I have next to none experience in electronics (last lecture ~7 years back), I wanted to run two different designs by you guys.

The first is one I have taken straight from here 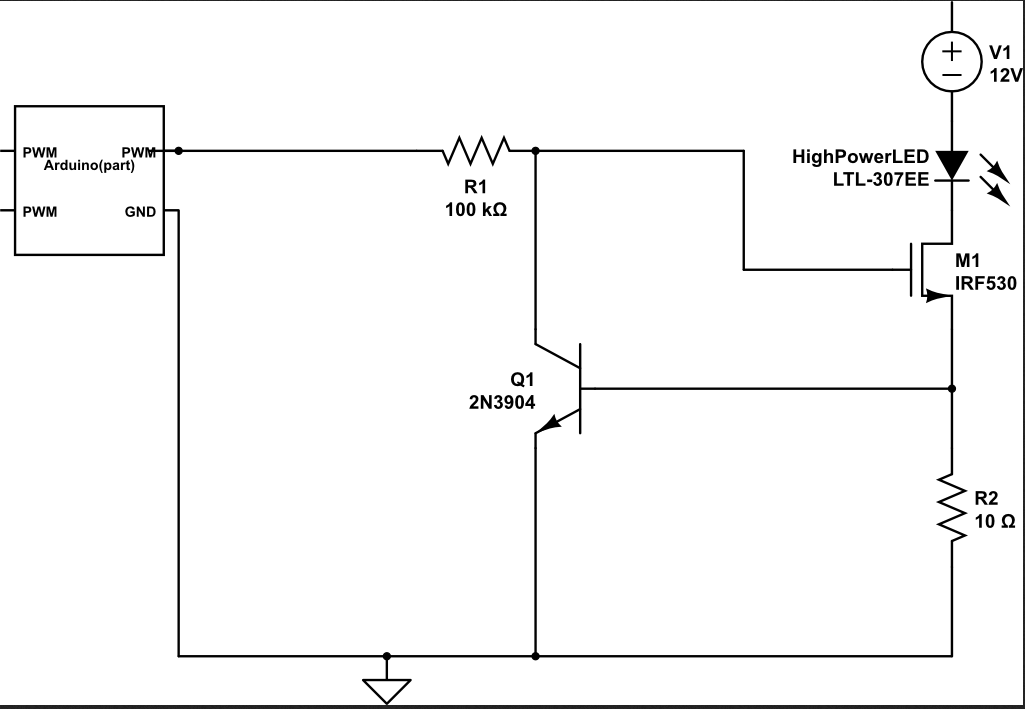 And the second one I found was this one here. It is interesting as I have a Darlington driver around. I slightly modified the circuit in a way that R1 is not connected to the main power supply (compare Fig.6 in the linked document) but gets controlled by an Arduino PWM port.

Would this be possible or do I need more parts for the PWM support?

How do you think those two circuits compare? 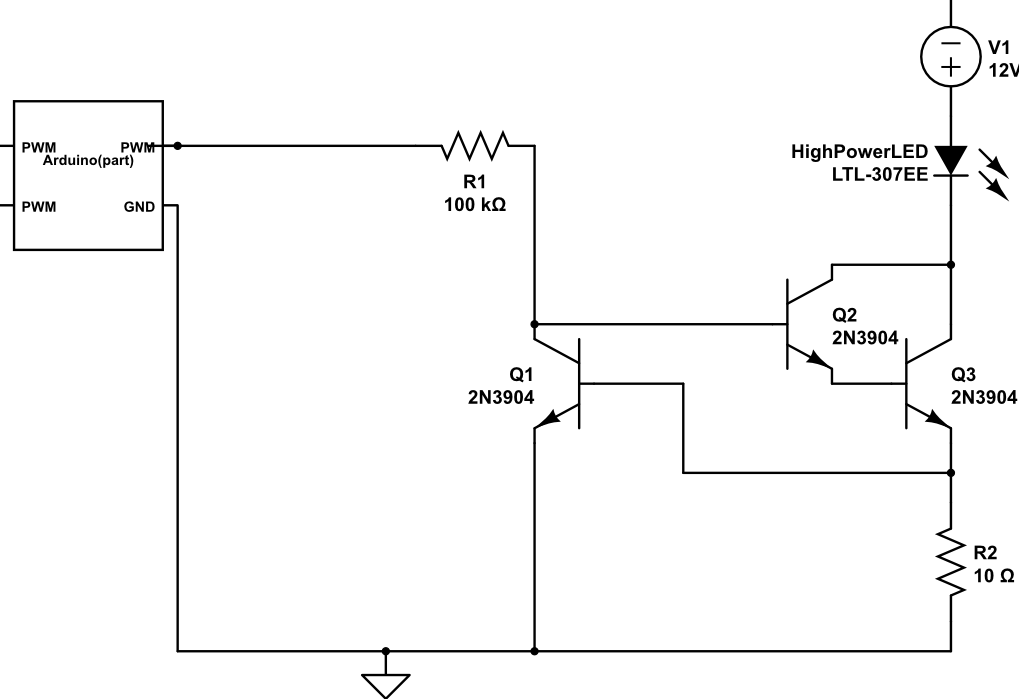 Ps: The part numbers are just put in by CircuitLab, so please do not pay too much attention to them. I most definitely will use different parts and will consult their data sheets beforehand.

After some time I have now actually built the circuit one (with the MOSFET). I also added a Low-pass filter to connected an audio signal. Together with an Arduino as a driver for the RGB LEDs the light pulsates to the beat of the music. 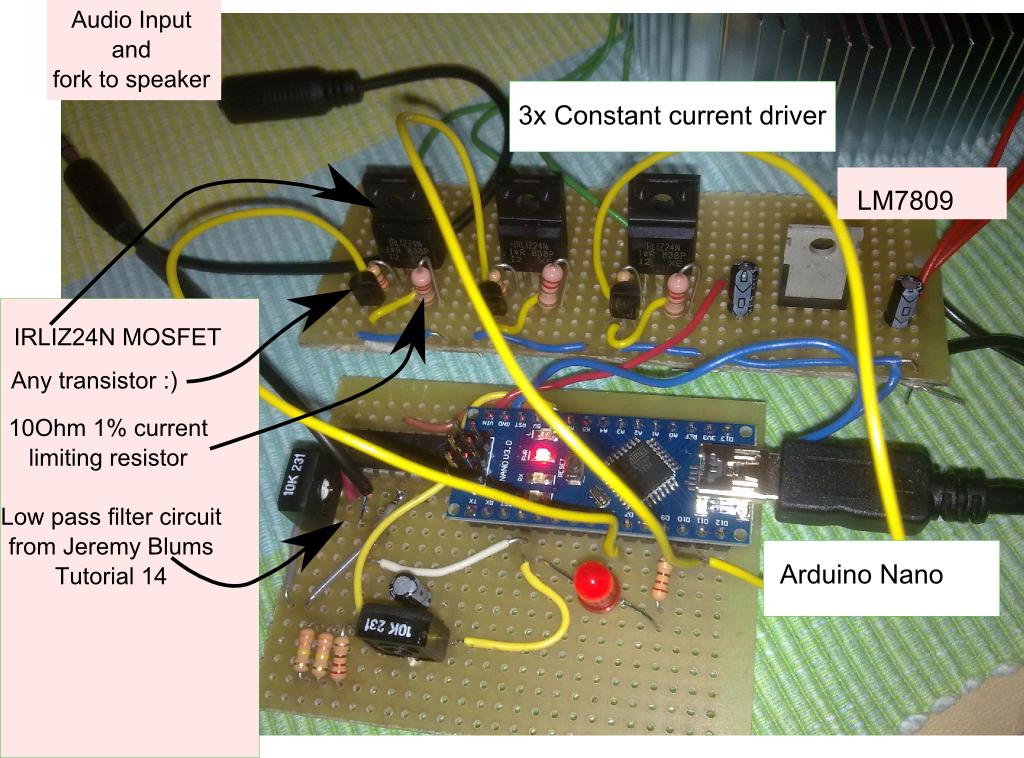 The two are really the same, functionally. Both work by regulating the voltage over R2 to about 0.6V, what it takes to forward-bias the base-emitter junction of Q1. If the voltage over R2 increases beyond this, Q1 begins to pull down the gate/base of the other transistor. But it can't do this too much, else there is no current in R2, and nothing to forward-bias the base-emitter of Q1. Thus, the circuit achieves equilibrium.

The idea is then that since the LED and R2 are in series, their current is equal. If you can make 60mA in R2.

This is only approximately true, of course, because R2 and the LED aren't exactly in series. In both cases, errors are introduced by the base currents of either transistor. Fortunately, the current gains are very high, so these errors are negligible. I doubt there is any practical difference between the circuits, so selecting based on what you have on hand sounds good to me.