I've been trying to get my LCD initialized for about a week now, and am quite embarrassed to say that I've been unsuccessful thus far. I've done this in the past, and I remember it being a little tricky getting the initialization sequence just right, but at this point I think I've fully vetted the implementation and it's just not working. 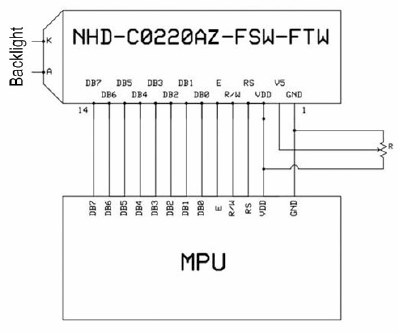 Here are things I have done so far for testing:

Yet after all of this, I can't get anything to display on the LCD! So here are my questions: 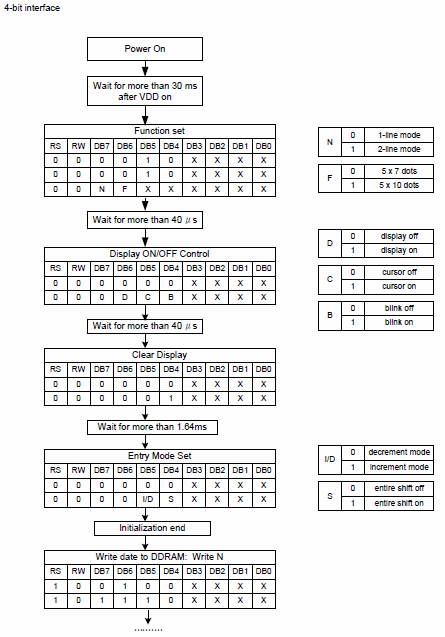 The only thing I can say is that the LCD looks like it flickers when I step over SendLcdByte and am sending it character data. When I scope everything, it sure looks like I'm flipping bits properly…

EDIT — I soldered up a new LCD, and this time I tried leaving the unused data pins (D0-D3) disconnected (i.e. floating). There was no difference. The LCD still flickers when I initialize. I am now waiting 100ms for all delays, including a delay when strobing E. I have also disconnected Vcc coming from the Launchpad FET section and am now just powering the MSP430 and LCD from my lab power supply.

EDIT #2 — I went to a 3.3V LCD and everything magically started working. Thanks to ToyBuilder for catching a stupid code bug when I was debugging with the 5V LCD. After the swap the LCD initialized properly. I'm currently displaying garbage instead of "Hello", but that's unrelated to this question.

Oh, duh, I didn't read your code carefully -- your send SendLcdByte is wrong: