I'd like to hook up an LED to a cell phone's headphone jack. When there's audio, turn on LED, when there isn't, turn it off. Is the best way to go about this just using a npn transistor? Any links to a complete circuit? I know I probably will have to supply external power using 5v.

Whoever may feel free to draw up circuit.
Vin R1 charges C1 via R1 & D1.
Vootage on C1 turns on transistor via R2.

Try this - just maybe.
Here the LED is powered BY the audio sugnal directly.

Vin through R1 through D1 through LED to ground.
C1 from D1.LED join to ground.

A relay needs fairly significant current levels to energize the coil. It is usually powered with a constant voltage source, unlike an LED. Furthermore, this voltage must be in one direction, that is, it must be a DC signal. On small relays of the type which might be used to drive a typical LED, this creates a current which is typically about 50-100 mA. An audio signal doesn't have enough power to drive this kind of current or voltage.

Additionally, audio isn't a DC signal, it's an AC signal. The cell phone audio port is likely to have an output capacitor to be incapable of outputting a DC signal. To detect the presence of audio, then, you'll need to rectify the audio signal, that is, to convert it from AC to DC.

At 0.6V output levels, a simple diode rectifier won't work, those need significantly more headroom. You may be able to get away with a Schottky diode rectifier if costs are tight, but this will need to be amplified. Again, you may be able to get away with DC-offsetting the output of this regulator to slightly less than the threshold voltage of a FET or the base-emitter voltage of a BJT, and slightly more than the required voltage when increased by 0.2V, but that would require some precision where there's usually not much precision.

If cost isn't a huge factor, it will be far easier to get yourself an op-amp and build a precision rectifier like the following example: 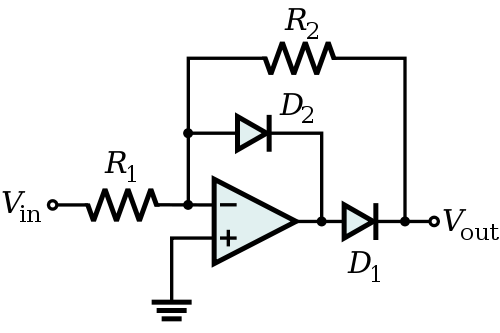 As described on the Wikipedia page, the output of this system has a gain of \$ R_2 / R_1 \$ when the input is negative. This output can then be used to switch a transistor, or, with a sufficiently strong opamp, to drive the relay directly.

There are two simple approaches you could take. The first would be to add a second transistor for additional gain, which will make the off-on transition happen over a narrower range of voltages. Something like this: 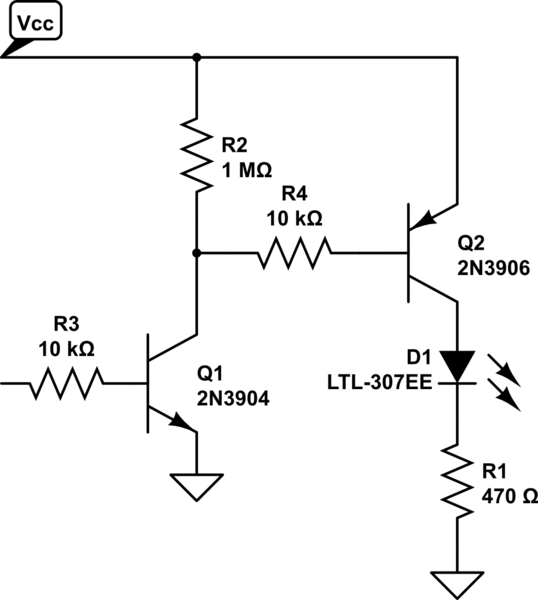 The second approach would be to use the second transistor to create positive feedback for the circuit, causing it to have a "snap action" (hysteresis). However, this would also mean that the on-off transition happens at a lower voltage than the off-on transition. Something like this: 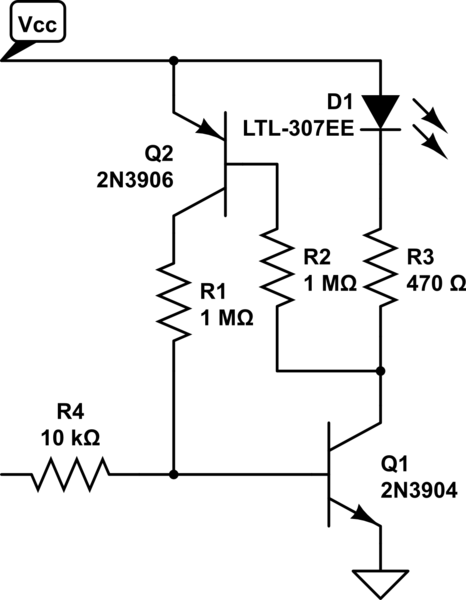