What are these coils? 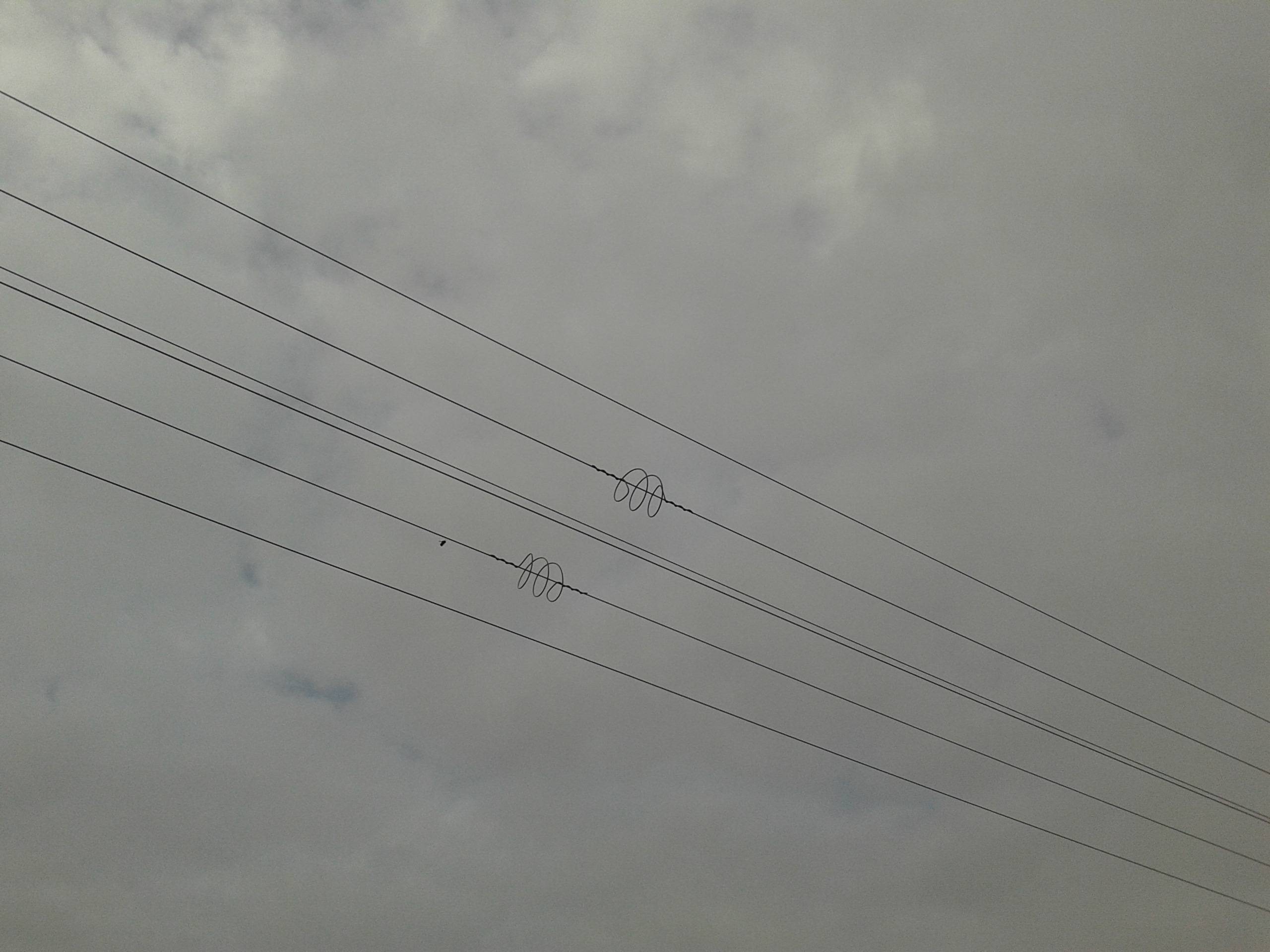 Where I saw them (maybe six or eight pairs) they came in pairs, always on the same two lines, and they were at approximately regular intervals.

It is from Spain, Barcelona area

Its a bird diverter, for make them see the power line and avoid them.

Electronic – Why the delay between transformer failure and power outage

Without any more details than what's in your question, here's what I believe happened: (It might be counterintuitive, so to avoid confusion: When a breaker is closed, current can go through it. When a breaker is open, current can not go through it. Also, when a relay trips, it will eventually open one or several breakers (thus cutting the power)).

For some (unknown) reason, the transformer substation exploded. This might have caused a bunch of different faults that may trip nearby relays. My guess would be a three-phase fault, as such faults often result in the highest currents (dependent on grounding). Normally you would only want the closest relay to trip, thus keeping the rest of the grid intact. However, this time the relay is probably of little use, as the substation is blown to pieces. So, other nearby relays will trip breakers in order to isolate the fault.

The relays will normally try to close the breakers again to get the power back up within a matter of (milli) seconds. (Note that even though a relay may trip immediately, it will take about 100 ms for the breaker to actually break the current.)

This is most likely what caused the initial flickering.

So, what causes the power to go some unknown time later?

Transformers, lines, cables etc. can handle more than what they are rated for. Transformers can often operate at 50% overload for as much as one hour without taking any damage. Transmission lines can actually be loaded as much as you want. However, as you don't want to risk damage to the equipment, relays are designed to cut the power if the overcurrent lasts too long or gets too high. 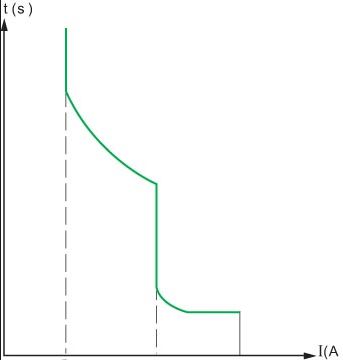 The figure above shows a typical relay trip characteristic on a log-log scale. You can find the trip time of the breaker if you know the current. You do that by finding the current of the x-axis, go up and see which value the green curve corresponds to on the y-axis. On the far right the current is very high, 10-1000 x In, where In is the nominal current of the equipment. The horizontal line of the far right is typically at approx 0-100 ms.

The dashed line to the left shows the lowest pick-up value for the relay. This line if typically at 1.2 x In. Since the trip curve is vertical here, any current less than 1.2 x In will never cause a trip.

Between 1.2 and 10 times In, the trip time varies according to the curve shown between the two dashed lines. The rightmost part of the inverse curve is typically at 300 ms, whereas the leftmost part of the curve might be as much as minutes (remember the scale is logarithmic).

The failure of the substation causes an overload of (at least one of) the remaining substations feeding Manhattan with power. In this case, the current has probably been slightly above 1.2 x In for one component, thus causing a trip, but with a large time delay. When the first relay trips, another connection will be even more overloaded thus causing another trip, and another one, and another one, eventually cutting all the power to the city.

The are called aeolean vibration dampers, or Stockbridge dampers. They aren't rigid weights: the weights vibrate on the ends of the centre-clamped bars.

You can see the wavelength that they are trying to damp: it's approximately twice the distance from insulator to the damper. If the whole wire length is swinging, that's something different, and not what these dampers are designed to combat. You can also get higher frequency vibration, caused by some other vibrating thing: these dampers don't help with that either. They are just the right size and right position to damp the kind of singing you get from a wire in the wind: aeloean vibration.

Aeolean vibration causes metal fatigue in the wire. Using dampers to reduce the vibration allows you to use lighter and cheaper wire and towers. Vibration is particularly a problem with long high wires in windy locations, which is why you don't see these on the wires going into your house.