Closed. This question is opinion-based. It is not currently accepting answers.

Want to improve this question? Update the question so it can be answered with facts and citations by editing this post.

I do component-level repair of tablet mainboards, and I have seen this puzzling situation on two different models of Samsung tablet mainboards so far (SM-T210, SM-T818A). There are ceramic chip capacitors on the PCB that are clearly connected to the ground plane on both ends. Resistance checks confirm, plus it's pretty obvious just looking at them. 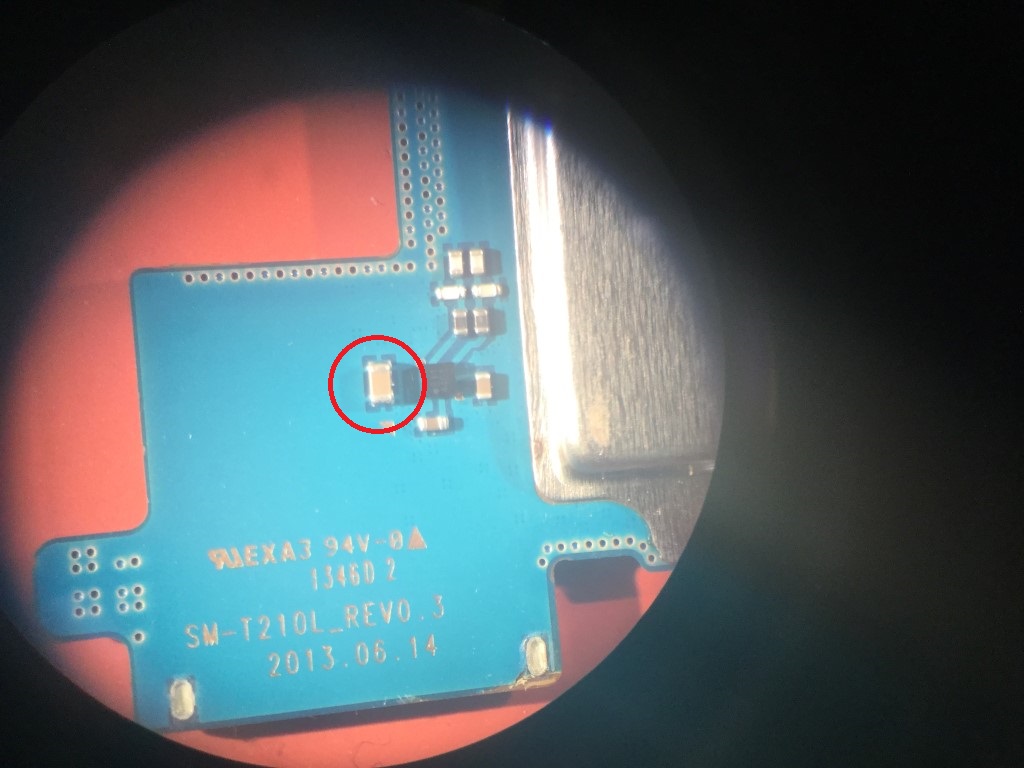 SM-T210 — This looks like signal conditioning of some sort. It's on the reverse side of the PCB from the SD slot but SD uses more than two signal lines so I dunno. 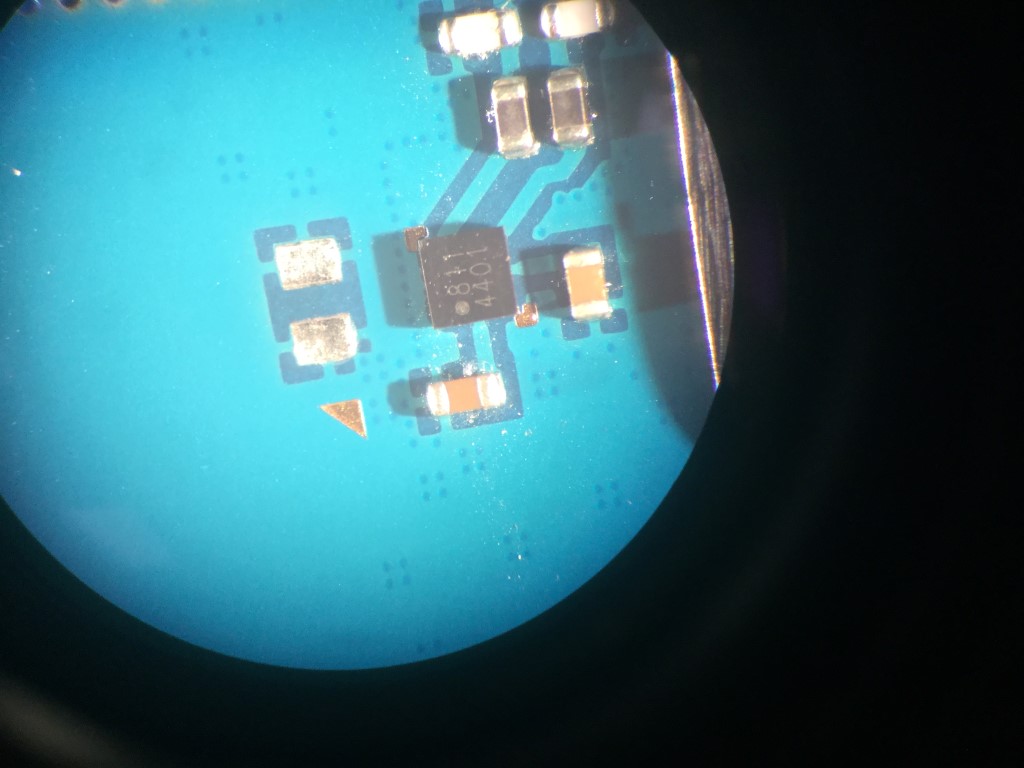 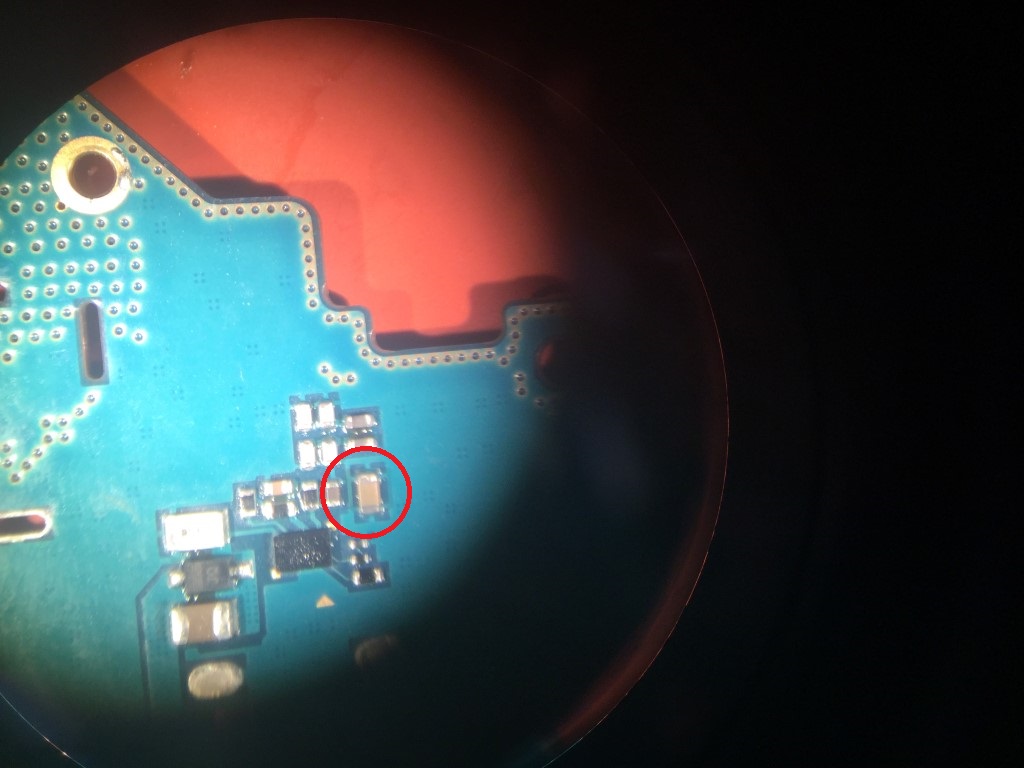 SM-T210 — This is on the reverse side of the PCB from the USB commutator IC. It's right next to the battery connector. 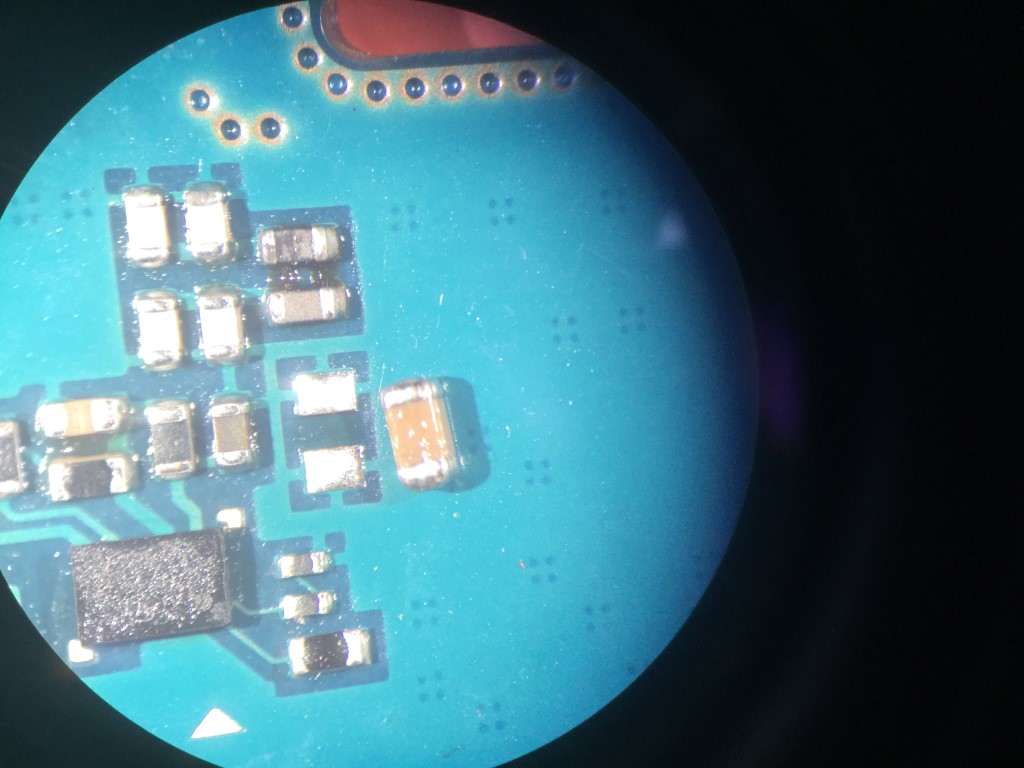 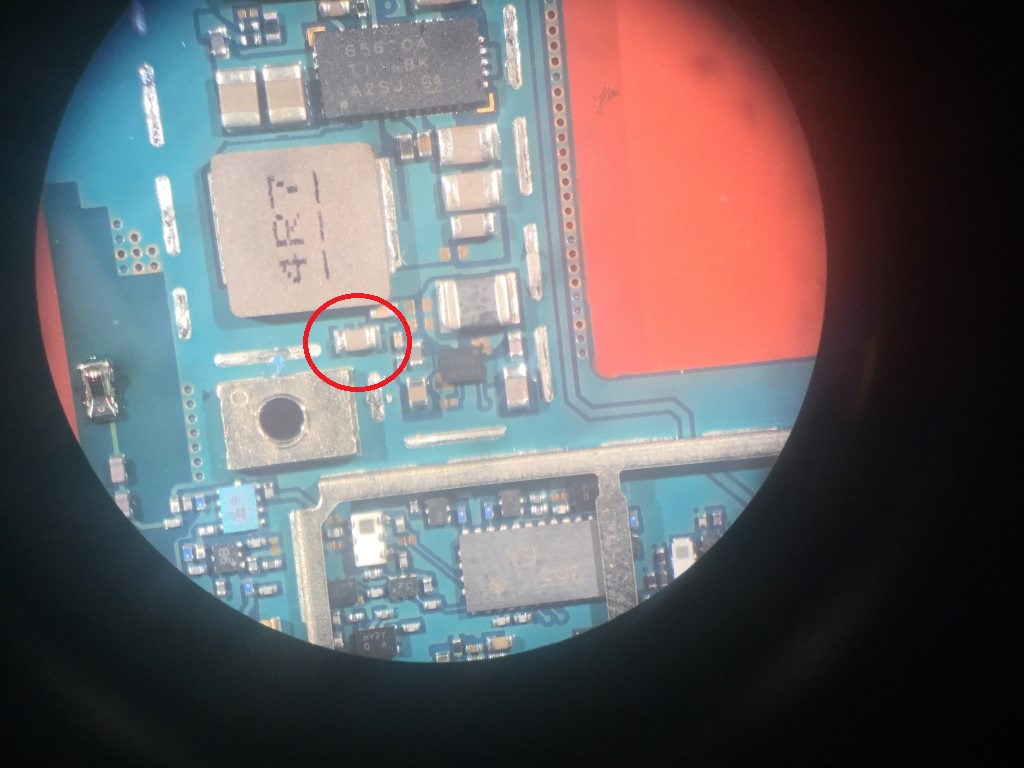 SM-T818A — This is the AMOLED power supply. The mystery cap is actually located at the edge of an EMI shield (removed for the photo) and the shield frame had to include a cut to clear the cap. So they went to some trouble to have the cap right here. 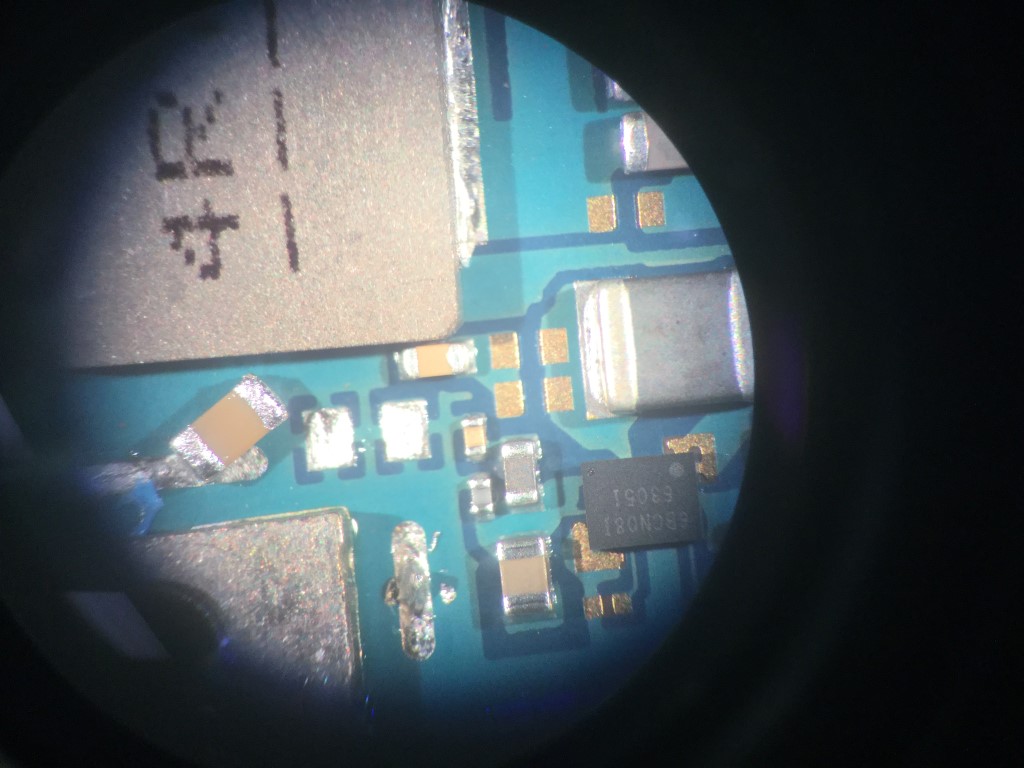 The only scenario I can come up with is that during Capture the design engineer placed a bunch of caps for eventual use, but connected both ends to ground so the DRC module wouldn't complain about floating pins. Then they ended up not using them all but didn't delete the extras from the design. The design gets sent to a Layout engineer, who simply places and routes the design they've been given.

I'm willing to allow for somebody doing something so intelligent and wise that it's beyond my ken (filtering terahertz-band noise from the ground plane?), but I don't think this is an example of that*.

*Of course, that's exactly what I'd say if it was an example of that.

There are four comments on this reddit thread that may be on to something:

could it be a form of 'paper towns' on maps - AKA fictitious entry to identify direct copies?

Not that they are necessarily doing this, but I've heard it said that mass manufacturers will keep removing capacitors until their product stop working. (Certainly, it was common to see PC motherboards with unpopulated decoupling cap pads all over the place back when I used to hand-build PCs.)

If you have a mass-production setup to stuff boards and do automated visual quality inspection, maybe you don't want to take the downtime hit to reprogram your production line as you introduce and monitor ongoing production changes with the ultimate goal of removing the capacitors. If so, you could nullify the capacitors by stuffing them as before, but with both pads on the same plane.

Samsung manufactures capacitors, so maybe they're a bit more willing to burn through a short run of boards with wasted capacitors if, in the long run, they can more definitively get rid of them.

Keep in mind that large companies like Samsung have the ability to test their products for certification purposes in-house, so it's probably cheap enough to run a small batch to test and accept/reject. And if accepted, to just release it into the market.

At least, that would be my guess.

We're talking about robotic movements that are so fast, that air resistance and machine vibration have to be considered.

The position of parts that feed the pick and place machines is critical to the speed of operation. So they spend a lot of time on setup. Then press "Start" and watch her whirl. So if they end up with 2 products that are similar, they have to go through this expensive setup change run by an expensive engineer to switch them out. But these caps are so cheap that after you consider this setup change, it might actually cost them more money to remove them during different runs. They might just say "Fuck it" and let them populate them despite not needing them.

My father worked in the industry for years, and had some experience in smaller volume stuff. In manufacturing this sort of backwards logic is not uncommon. You do what's cheapest/most profitable which is not always the least wasteful option.

There are other planes in a tablet: the display and case. Maybe the answer lies in the third dimension. Might there be a brush/spring contact or some other connection on another layer of the device that completes a circuit when the tablet is assembled? That technique is used in their cellphones to mate various internal boards to the back and case.

In the phones, it's spring contacts mating to gold or silver contacts when the device is assembled.
https://i.imgur.com/ztOZmDN.png

Or perhaps just some proximity based RF control related to the display?

Electronic – How to know where I need decoupling capacitors

All digital ICs should have decoupling caps between their power and ground pins. These should be ceramic and physically as close as possible to the IC. You want to minimize the loop length from power pin to cap to ground pin thru the IC and back to the power pin.

Decoupling caps deal with short term current spikes the IC draws. They must therefore be high frequency. Large capacitance is not necessary, and since large capacitors usually have poor high frequency response, they are worse. A 100µF electrolytic cap is pretty useless for decoupling. 1µF to 100nF ceramic is good.

As for the cap on the motor, the idea is good but I think 100nF is too large. That could cause excessive or unnecessary current to flow in the H bridge every time it switches. If you're only reversing motor direction occasionally, then this isn't a big deal. If you're using the H bridge to modulate the apparent motor drive with PWM, then you should lower the cap. Something like 1nF should still cut down the noise the motor is making while not getting in the way of switching.

There is a lot here that is difficult to cover. I'll do my best, but be aware that I am leaving things out on purpose. I simply can't cover every issue in the space and time that I have.

You have two main problems: 1. You are basing your electrical design off of old ideas and old rules-of-thumb. 2. You are over thinking things a LOT, especially given the performance of (or lack thereof) your audio amp chip. Let's go over your numbered points:

Another thing to keep in mind is that your amp chip has a typical distortion of 0.1%. This is a lot higher than any improvement you are considering. For example, doing some sort of ground-bounce analysis of your PCB might improve your distortion figure by 0.0001%. But that means that your total distortion might go from 0.1000% to 0.1001%. It just doesn't matter!

Now, let's go to your questions:

You're PCB layout is bad. The main problem is that you are using a "star-ground". Star-grounds are often the wrong thing to use. A PCB like this, where there isn't a lot of noise being generated and everything is fairly close together, a star ground doesn't provide any benefit and often harms things.

What you have are a bunch of individual power/gnd traces that are relatively narrow and will have an impedance that is much higher than a solid plane. Also, the distance between different components is large. For example, the GND path from C3 to U1.3 is three times longer than it should be. Not only will this increase noise, but it increases the loop area. A larger loop area is going to increase your suseptability to external RF noise.

You have similar issues on the power traces. They are relatively narrow and long. This is going to increase the trace impedance and reduce the effectiveness of your decoupling caps.

The correct way to do the PCB layout in 2 layers is to fill the PCB with copper planes. The blue layer would have the GND plane, while the red layer the V+ plane. These planes will be "chopped up" with signal traces, of course, but you will have to carefully route those signals to minimize the negative effects of chopping up the planes.