I have added the footprint information to various components in Eeschema (e.g. added sm0402 to a resistor).

A purple label then appears indicating the that a footprint has been assigned.

Is there anyway of globally turning the visibility of the the footprint fields on or off? So I can chose to view or not view all the little purple labels. 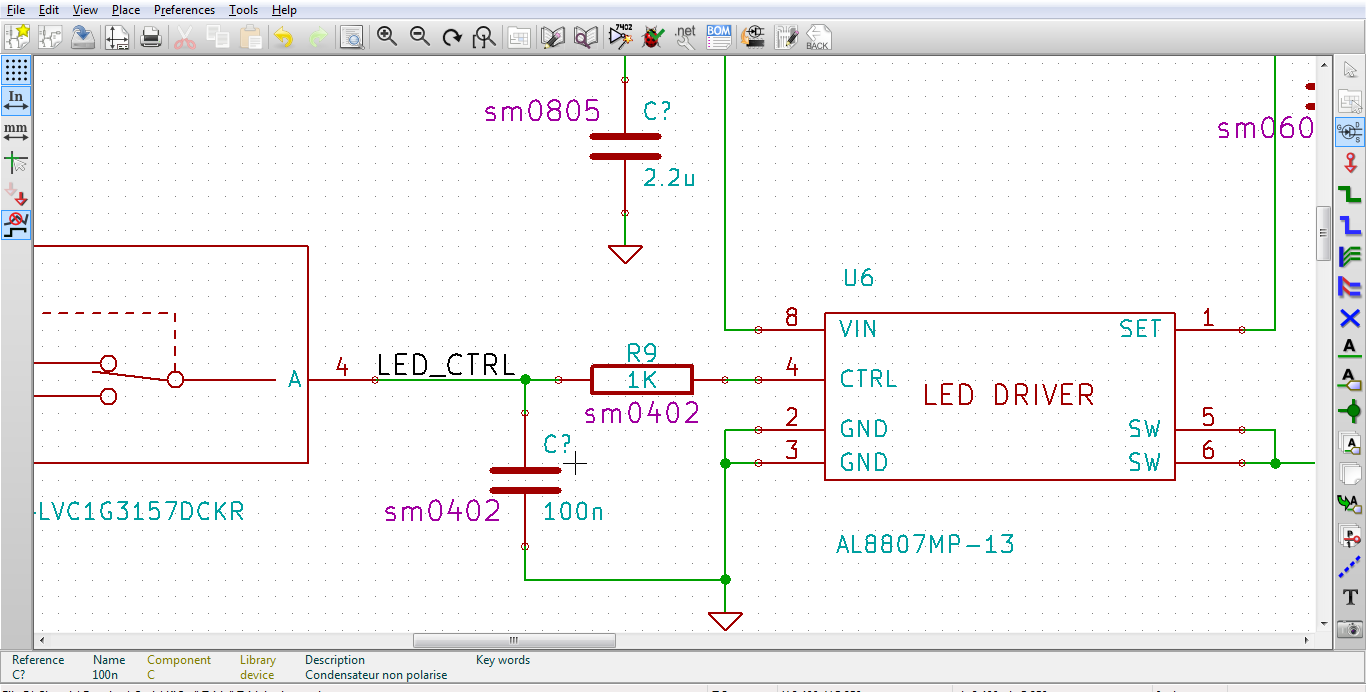 I don't know the direct method, but you can manually modify the text file *.sch (remember to backup before modifying). For every component, there is a record in .sch file, and the footprint field is normally field number 2, e.g:

the value of 0000 near the end indicates that this field is "visible", and you need to change this to 0001 ("invisible")

How? by regular expression. I used the following command in vim:

you can try sed or any kind of text-processing app to do it.

Electronic – Choosing a footprint in KiCad

In CvPcb there is the "View selected footprint" in the top toolbar.

Once you press that button, a new window pops-up where you can see your footprint. 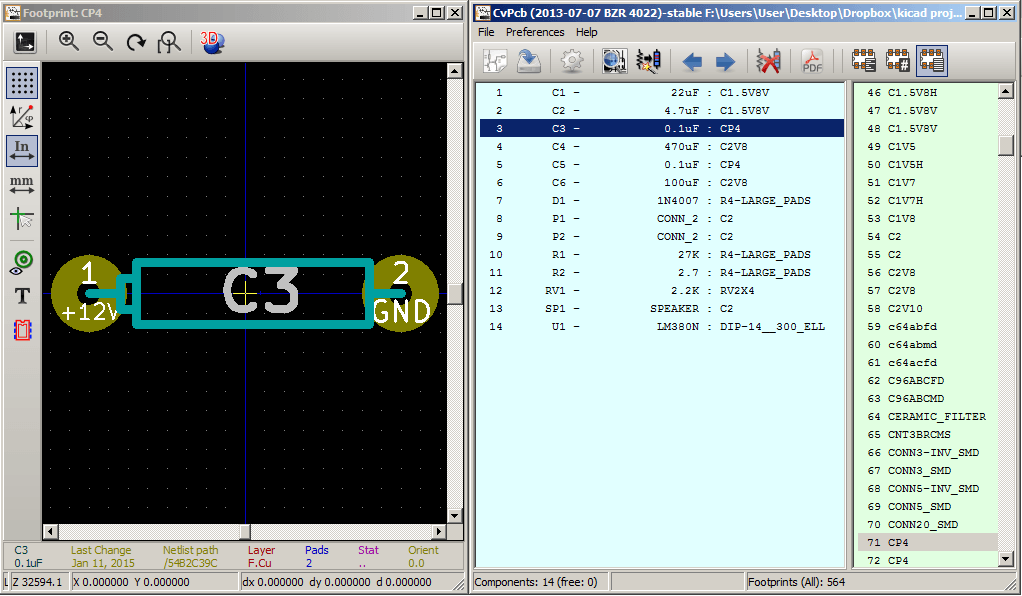 This new window allows you see the component and has a grid from which you can find out the size of your component. This grid is also selectable by right-clicking the grid and choosing whatever grid you want from "Grid Select" option. 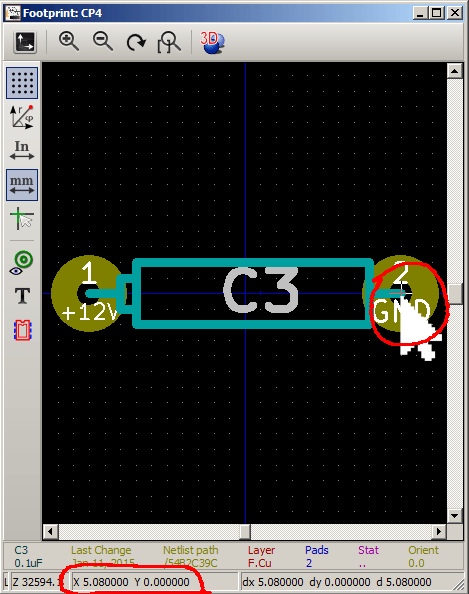 Electronic – How to move the center of a footprint in KiCAD

One of KiCad's most powerful, but also subtle (and potentially frustrating if you don't notice) features is it's grid and movement system.

When you move a part, which part of it is under the cursor and which thing you select is important. There are multiple possible anchors for any given footprint, and the one you move or place it by will always be aligned to the grid, so be sure to chose which anchor point you move it by wisely.

If you want the center of the footprint to be off-alignment, but the pads to be aligned to the grid, simply select any one of the pads, or have your cursor over one of the pads when you hit M for move. The cursor will lock to that pad's center, and now THAT is the anchor point you're using. When you place it, the footprint will now be aligned to that anchor point, which in this case will put all the SOIC's pins in alignment with the 1.27mm grid, at the expense of the center of the footprint being off-alignment. Also as it should be.

You naturally can't do both with a grid size that coarse, though setting your grid to 0.635mm would also solve this. Though, sometimes there are times we want a coarse grid, and that's what makes KiCad's movement system so versatile!

Note: This anchor point selection system is universal. If you are doing rotation, especially finer grained rotation (45 degrees or 30 degrees for example, instead of 90), you'll notice that the axis of rotation is also always the anchor. So you can rotate a part around one of it's pins, or it's center.

It's also universal in the sense that it applies to one footprint or many footprints. If you select a block, any anchor point on any of the selected parts in a block can be used as the movement anchor, and entire groups of parts can likewise be rotated about an anchor as the axis.