I am working on an MSP430 project that requires me to route the output of one peripheral into the input of another peripheral. Thus, I have two MCU pins connected directly to each other. This looks suspicious to me since there is the possibility of a programming error causing both to be (possibly conflicting) outputs. Also, there is the issue of startup and programming states.

In the worst case, if one pin is driving HI, the other is driving LO, the GPIO pins generally have way more sink capability than source capability… so it'll be somewhat like taking a HI output and shorting it to near-ground. Which is bad… but how bad is it? Is it likely to cause damage to the MCU?

I often see examples on the web of people using Arduinos to light an LED between two pins without a resistor, and I haven't heard of any stories of anyone frying anything but the LED. Clearly you wouldn't want to do this in a product, but do manufacturers generally try to protect the MCU from GPIO pins being overloaded anyway?

Thinking about it in retrospect, putting a current-limiting resistor between the two pins would have prevented any worries, but even a minor hardware change is a very difficult thing to do at this point.

It's not a problem but if you are worried that there maybe a conflict of outputs then connect them with a 1k ohm resistor. This will limit the current accordingly.

If however, the input needs really fast edges then when you are sure it is working, bridge the 1k ohm with a short or 100 ohms maybe.

The added bonus of having the resistor is that if you have the design commited to PCB then it gives you an easy re-wire option.

It's the same problem with unused inputs - tie them to ground or Vcc and you risk heavy current draw from the device without any easy way to work out what is going on - tie via a 1k if unused or maybe 10k.

Overload limiting is done on some chips but only by virtue that the transistors cannot inherently supply "amps" but this can work against you because if you have several o/p pins shorted to ground (or each other) and each one is limiting gracefully, you may still exceed the max rating of current into the power pins of the device. 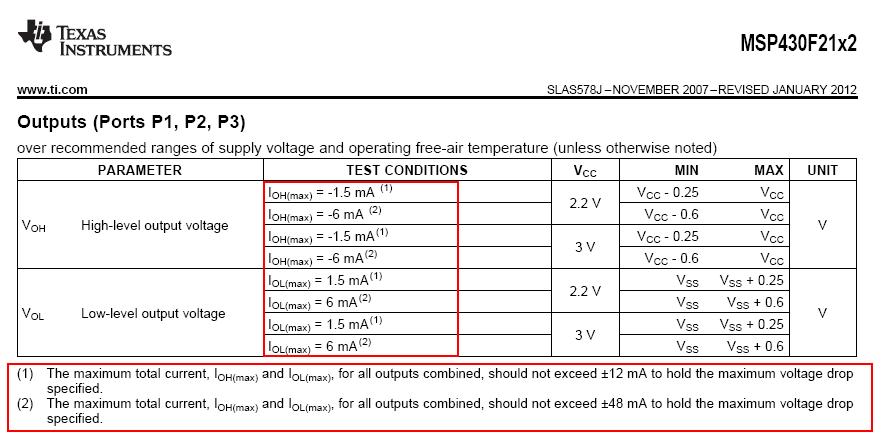 This tells me that if the combined output currents of several pins hits a certain limit then the output capabilities of any other pins (even those that may be lightly loaded) may be impaired by the same amount or possibly worse.

Electronic – Can a wrong crystal oscilator capacitor burn the MCU

the fire (yellow glow light with smoke) started in the vicinity of the MCU's internal regulators pins, which are just on the side of the oscillator pins.

This is why labratory power supplies have a current limiter...

You have a very strong short, most likely a VCC pin connected to GND or a GND pin connected to VCC. Shorting a GPIO usually does not (much) damage because of R_DSon in the GPIOs driver. Triple-check your schematic an layout for errors with power pins.

The main things you need to figure out are the ADC input voltage range and the ADC reference voltage. Some microcontrollers use the microcontroller power supply voltage as the ADC reference voltage. In this case, the ADC output will be something like 1024*Vin/Vcc for a 10 bit ADC. The ADC input range on these is generally anything within the voltage rails. Anything outside the rails would have to be divided down. It rather defeats the usefulness of the ADC if it is supplied with the battery voltage as all ADC measurements will then be in relation to the unknown battery voltage. Measuring the battery voltage this way is completely futile as you will always get the same result out of the ADC, independent of battery voltage (ADCcode = 1024*Vbat/Vbat = 1024). Other microcontrollers will have a separate reference for the ADC that is independent of the supply voltage. In this case, the input range is more limited, generally GND to Vref, which could be as low as 1V. In this case, you would have to divide down the power supply voltage for measurement.

Now, I don't know what controller you are using, so I am going to provide some possible solutions for either case.

For a microcontroller like the Atmel AVR series that uses the power supply as a voltage reference, what I would suggest doing is measuring a fixed reference voltage with the ADC input and then compute what the power supply voltage is from that. No need to divide anything down in this case. You can get quite accurate shunt references around 1 to 1.2 volts in SOT-23, and you can use a PMOS to turn it off when not in use. Compute the battery voltage 'backwards' with Vbat = Vref * 1024/ADCcode.

For a microcontroller like the Atmel AVR XMEGA series that uses an internal reference, you will have to divide down the power supply voltage to something within the input range, which is 0 to 1 V with the internal reference. You can use a PMOS transistor to disconnect the divider when not in use, or you can use very large (~1M) resistors and a smoothing capacitor on the ADC input pin. The smoothing capacitor is generally a good idea for power supply measurements anyway as it will reduce high frequency noise as well as allowing the ADC sample and hold cap to charge up quickly. Compute the battery voltage the normal way with Vbat = ADCcode /1024 * Vref.