I find it often difficult to make a readable schematic for simple boards that have a microcontroller or FPGA that has lots of connections to some other components, where each connection goes through a small resistor (to avoid smoke in case of programming errors) and also needs a pull-up or pull-down.

Obviously, this is the worst possible way to do it: 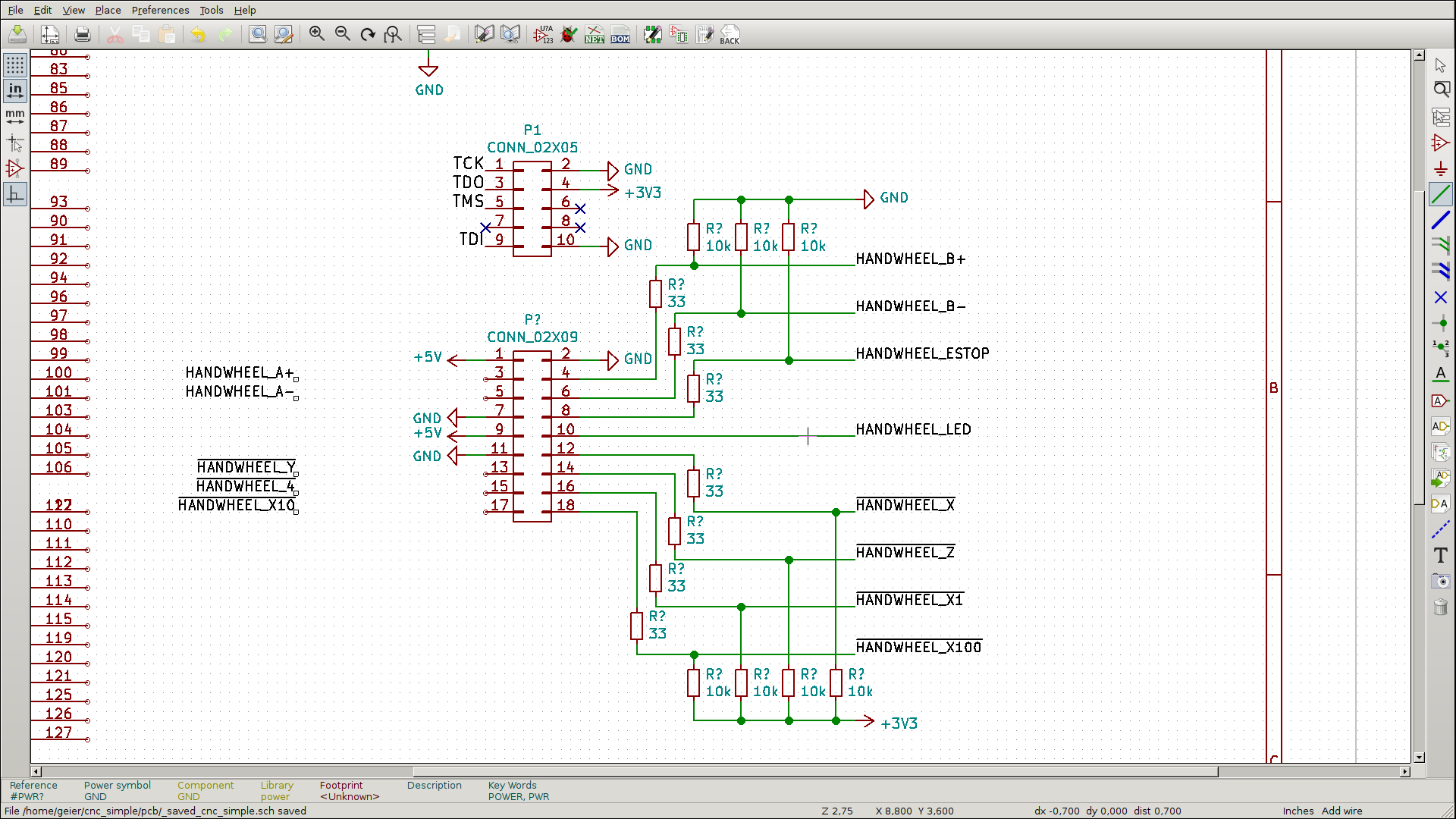 An approach I've seen often is to draw the inline resistor near the "central" microcontroller, then place the label behind it, and somewhere else define the pull-up attached to the label, but this leads to a forest of label/pull-up/power rail symbols on some page, which isn't entirely obvious either.

I agree with Wesley that you have it drawn well already.

You current circuit diagram is readable and understandable, because symbols are arranged logically and in order, and connections for symbols are similar giving understanding why they are there and what involved devices do in the circuit.

You want to know how you can have circuit occupy less space "on paper" without compromising readability. I think you may consider the following points:

Probably this one will make sense to consider (this is an example of drawing, there's no sense in the circuit as is :):

Electronic – Critique on the first schematic

Cannot test it right now, but it should work in AD13 as well.