We've all played with different transformers and power supplies that have an LED indicator that dims before going out entirely when the power supply is unplugged.

I'm working on designing an accent light which would involve a translucent crystal light source (probably made of resin or glass if I can find a cheap supplier) containing LEDs and certain electronics, and a base which would supply electrical current. For gamers, it might appear somewhat like a Welkynd Stone. My question is what is the simplest way to cause the LEDs to dim slowly (say over 2-10 seconds) when the crystal is removed from the base? Similar to the unplugged transformer, but with an intentional and controlled dimming.

I just purchased some LEDs and plan to build a test system over the next month or two. These LEDs are in a 5 meter strip divided into 3 LED series run in parallel and rated at 12v. I do not know the amp rating of the LEDs, but I'm guessing in the 20ma range (what I've read is average for bright white). I will probably use 4 series totaling 12 LEDs in the test build. LED strip link

If I have the transformer from AC power built into the base, I was guessing I could use a number of capacitors in parallel with a resistor to store electricity and slowly discharge it into the LEDs. But I'm a self-taught enthusiast so I honestly don't know if this would actually work. Nor do I know the number and ratings of capacitors and resitor that I would need.

If I have the transformer built into the crystal, the transformer and rectifier would retain a small amount of electricity, but I don't think it would be nearly enough to provide the effect I'm looking for, so something else would have to be added to make it last for several seconds.

A nicad battery with control electronics is literally my last resort for achieving this effect, and I'll probably give up on the idea before I go programming my own circuit board.

That's my main question. If anyone wants to toss in some thoughts on how to connect the crystal to the base, I'm open to suggestions. My original plan was to simply have a direct copper to copper connection with the base. But I've recently been considering an EM charging system (akin to a powermat or these wireless rechargable flashlights my dad has). The concern with the wireless is providing consistent power to the LEDs, though it is safer. I've also learned quite a bit already about constructing the power supply from perusing this SE site, but if anyone has any suggestions for that, too, I'm all ears. For the test build I'll probably hook it up to a computer power supply, or a laptop power supply if I can find a 12v one at Goodwill or the local electronics parts store.

If I get the test model to work, I plan on building possibly a dozen of these for accent lighting around my home. 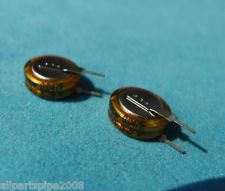 You could use a directly coupled power supply if the unit is completely sealed. Any part of a directly coupled supply and the circuit using its power could be floating at line voltages, so this is not something you want to do for general purpose. As long as everything is sealed in the same unit that just has a line cord coming out, then these types of supplies can be appropriate.

The capacitor will allow about 7.6 mA RMS to flow thru the two LEDs. Each LED protects the other from backwards voltage, and they light on opposite polarity half-cycles of the power line. Not only does the cap need to be rated for the indicated voltage, but it must also be rated for power line use.

This circuit is very quick and dirty in that it doesn't protect the LEDs from power line spikes. The LEDs will limit the voltage, so a power line spike will cause a burst of current thru the LEDs. If that happens too often, it will eventually degrade their lifetime. However, these LEDs are rated for 30 mA continuous and this circuit runs them at 8 mA continuous during normal operation. That will still be plenty bright at night. There is a lot of current headroom, and a occasional higher current spike of short duration really won't hurt them much. LEDs are also cheap and available, and the simplicity of this circuit makes it easy to just try it.

Again, everything needs to be sealed so that it is not possible to touch any conductive parts during normal operation.

The main advantages of such a direct coupled power supply is that it is simple and very efficient. A ideal capacitor doesn't dissipate any power. Just about all the power drawn from the line is used to run the LEDs.

It should be obvious how to work this process backwards to find the capacitance that causes a particular current.

You haven't provided much info. First white thing is labelled as transformer for "LV Halogen Lamps". Most likely it's just a step down transformer which will fry your christmas LED strip during reverse polarity.

Second one is a mystery box without much info. I wouldn't go for that either.

Here is what you need to do:

Figure out what voltage is required by your LED strip - 3V, 5V, 12V or something else?

If the LED strip is 5 watts, then you can calculate the current requirement as follows:

Go to the market and ask for a 5V 1A(or higher) wall adapter. Modify the voltage and current accordingly. I am just giving an example. 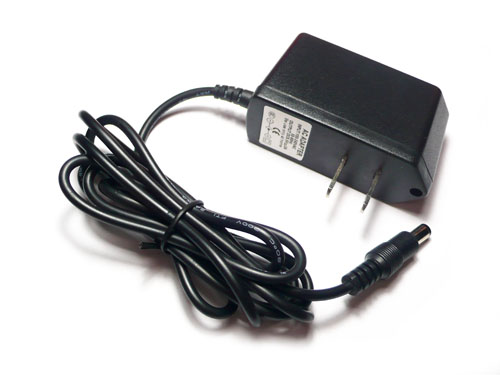 EDIT after the question was edited:

Figure out what length of strip you want to use. I will assume 0.7 meters which will give you total power requirement:

Better to go for 12V 0.5A (or higher) wall adapter or any DC power source. Make sure it's a DC power source and not just a step down transformer. If the power source is DC 12V 12W, then it will do the job without any issues.